There’s a new kid on the block – and it’s centuries old. Sotol is a spirit made from the desert spoon plant (sotol in Spanish), and is related to tequila and mezcal. But while tequila has been mass-produced for hundreds of years, and mezcal is increasingly seen in bars around the world, sotol remains relatively little known outside Mexico.

If the founders of Desert Door Distillery get their way, sotol will soon be having its moment in the sun. 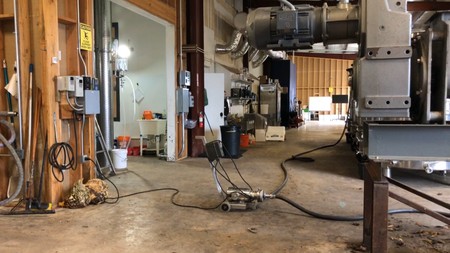 Desert Door is the only place outside Mexico to make this smooth artisan spirit, using the desert spoon plants of West Texas to produce small batches of the drink, which can be sipped neat or in cocktails.

The history of sotol

The desert spoon is found in the arid landscapes of Northern Mexico, Texas and New Mexico. It’s been used by people for a long time – rock shelters just north of the Rio Grande feature paintings and fermentation troughs that suggest it’s been used to make mats, ropes and fermented drinks for over 7,000 years.

These fermented drinks would probably have been viscous, with an alcohol content similar to beer. Sotol didn’t arrive on the scene until the Spanish conquistadors brought fermentation across the Atlantic, but soon became popular, especially around Chihuahua. The plant takes around 15 years to mature, and then its heart is harvested, with each desert spoon producing around a bottle of the spirit. But when the Mexican government encouraged beer production, sotol slipped down the pecking order, becoming increasingly rare even in its Chihuahuan heartland.

Thanks to the efforts of enthusiastic local entrepreneurs, sotol is now enjoyed across Mexico. And in Texas, three military veterans decided to revive the state’s history of producing the spirit, founding Desert Door Distillery in 2017.

Located in Driftwood, 30 minutes’ drive west of Austin, the distillery produces original and oak-aged varieties, and offers tours and a tasting room. With a small-batch, artisan process in which wild plants are harvested nearby before being fermented and distilled in on-site stills, Desert Door has strong links to the land and local traditions. That – combined with a rich and distinctive flavor – might just help sotol become the drinks world’s next big thing.