The Bloody Mary Topped With a Chicken Burger

When a stick of celery in your bloody mary isn’t quite enough, visit the Star Bar in Austin, where the classic cocktail is taken to a whole new level with toppings such as donuts, cheese, pickles and even a whole fried chicken burger.

A bloody mary is the cornerstone of any good cocktail bar. At its most basic level, the concoction mixes tomato juice with vodka and is widely regarded as the number one hangover cure. 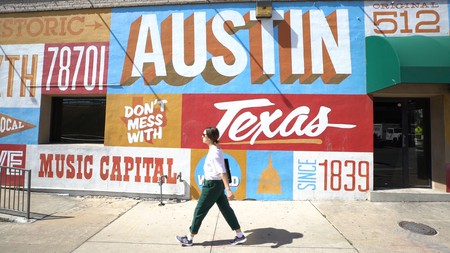 Austin, Texas, is a creative corner of the US | © Culture Trip

Fernand Petiot claims to have invented the cocktail at Harry’s New York Bar in Paris during the 1920s. Since then, it has become an international star in restaurants and cafés around the globe. In the capital of Texas, however, it is far more than a simple drink.

Bars throughout the city compete to outdo one another with creative twists on the drink; bacon, brisket, tater tots and other elaborate toppings have all become additions to the traditional recipe, which often features a dash of Worcestershire sauce, a hit of spice and a crack of black pepper.

While places like Casino El Camino and Hoover’s Cooking are hotspots for the refreshing beverage, Star Bar is the place for the most extravagant bloody mary around.

This relaxed, modern bar is located on 600 W 6th Street and serves the classic hair-of-the-dog cocktail with a Texan twist: the trademark fried chicken sandwich topping. There are also a host of other tasty garnishes you can add, including sausage and mini muffins, but we’d be here all day if we tried to name them all.

The signature Hail Mary will set you back about $30 and is only served on certain Sundays. You also can’t order one during football season; they take too long to make so aren’t ideal for when there are crowds of football fans squeezed into the bar watching the screens on the patios.

So, if you wake up in Austin on a Sunday morning feeling hungover, head over to Star Bar and you’ll be fixed up in no time.