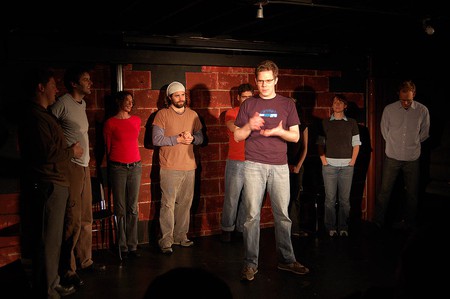 While Austin, Texas, is known as the Live Music Capital of the World, the city offers more entertainment than just music performances. The comedy clubs of Austin may not be the highlight of the nightlife, but they are a great place to catch some live theater or a stand-up comedy performance. 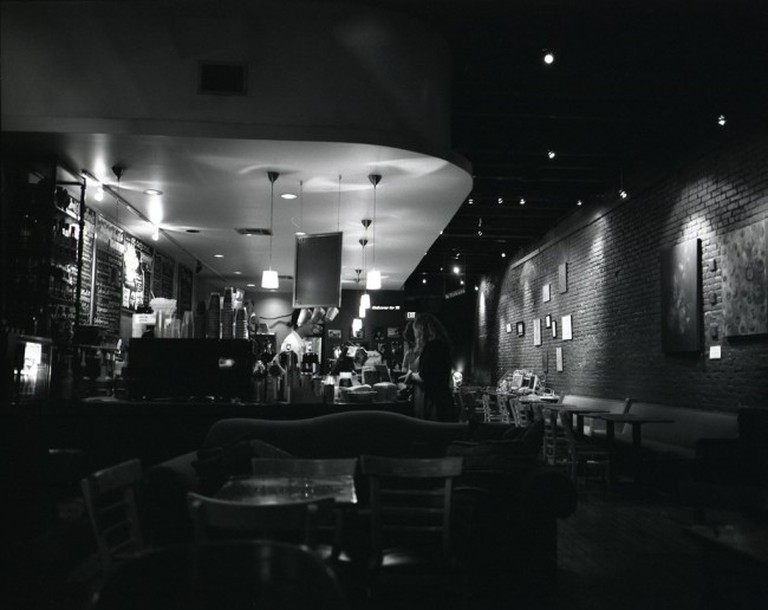 The Hideout Theatre, Austin | © wanderingYew2/Flickr
The Hideout Theatre in Austin is well known for its improv productions. These productions are showcased Thursday-Sunday, featuring both independent performing groups and shows produced by The Hideout Theatre. This downtown club also offers several levels of improv classes for students from kids to adults during the week, as well as showcases for those who attend and want to show off their acting skills. The Hideout Theatre also hosts improv comedians and interactive shows for all ages. This comedy club is a great place for anyone who loves theatre, improv, and laughs.

Bar, American, $$$
Facebook
Email
Twitter
Pinterest
Copy link
Share
This comedy club has been in the heart of Austin for over 35 years. Esther’s Follies began in 1977 when Michael Shelton leased a small bar on 6th Street, which quickly turned into a performance space for improvisational dance, comedy, and song. A stage was built with the back facing 6th Street, which gives the club its unique feature of interaction between the performers and the people passing by on the street outside. Today, Esther’s Follies performs political satire and parody from Washington, D.C. to Austin. With the music, comedy, and 6th Street interactions and distractions, Esther’s Follies is truly a one of a kind comedy experience.

Nightclub, American, Pub Grub, $$$
Facebook
Email
Twitter
Pinterest
Copy link
Share
Located in Austin for nearly 30 years, the Capitol City Comedy Club is a very well known site for stand-up comedians. Several famous comedians such as Ellen Degeneres, Iliza Sleshinger, and Joe Rogan have stopped by to perform their comedy routines. Cap City is also home of the nationally known “Funniest Person in Austin” contest, which draws approximately 200 contestants, as well as talent scouts from comedy festivals and television networks. This club also offers a weekly comedy show called “PUNCH!” on Tuesdays and open mic night on Wednesdays. So whether you’re looking to try out your own routine or just listen to some great local and traveling comedians, Cap City Comedy Club is a great place for some laughs in Austin.

Formed in New Orleans in 2005, ColdTowne Theater came about after Hurricane Katrina sent eight of the original theater members to Austin, Texas. The members of the troupe come from backgrounds in journalism, business, and the arts, but they come together to perform sketches, improv and stand up in addition to blogging and screenwriting. The troupe has performed at Austin’s Hideout Theatre, Out of Bounds Improv Festival, Second City Theatre in Chicago, and New Orleans Comedy Conservatory. After winning several awards, the troupe of ColdTowne opened their own business in Austin, which now offers workshops and classes on improv and sketches, as well as different comedic performers, stand-up comedy, and sketches each night of the week. The ColdTowne Theater is a great place to take a class in improv or to just sit back and watch the variety of performances that are offered. 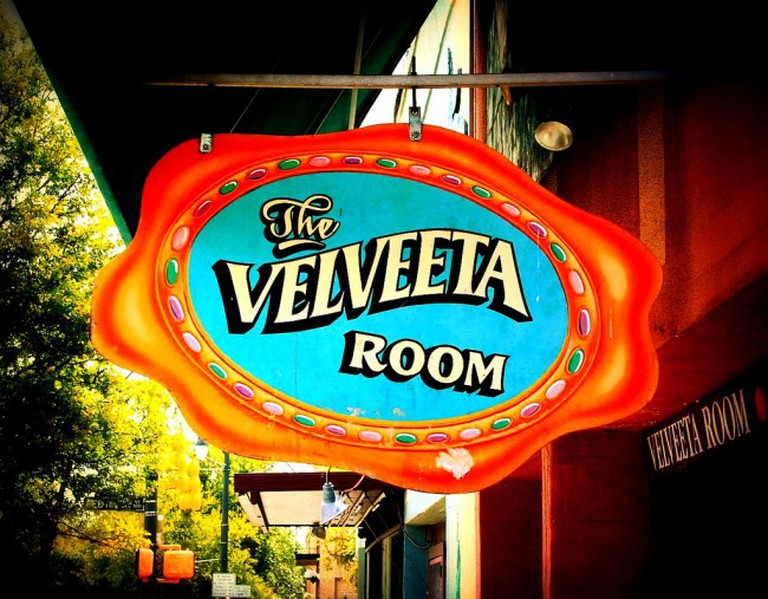 The Velveeta Room, Austin | © Dyxie/Flickr
Also known as “The Velv,” this comedy club on Austin’s famous 6th Street was opened in March 1988. After seeing the success of Esther’s Follies, Michael Shelton purchased the closed down Embassy Room with a plan to create a new comedy club that was unlike any of the others in Austin. Comics like Jana Williams, Vanessa Kaufman, and Brian Malow were just a few of the many to perform stand-up routines in the early days of The Velveeta Room. Every Thursday was open mic night for anyone who wanted to test out their comedy routines on a smaller crowd, and it was usually followed by dancing at The Steamboat, a live music venue down the street. Today, the club still offers open mic night, as well as a variety of performers and styles of comedy for anyone who wants to escape the hustle and bustle of 6th Street for some laughs.

Theater
Facebook
Email
Twitter
Pinterest
Copy link
Share
Opened in 2007, the The Institution Theater is home to a great staff of teachers to help with improv, acting, comedy writing, and stand-up. Owner Tom Booker has worked with The Second City Theatre in Chicago, performed in off-Broadway productions, and helped write and direct films. The Institution Theater offers classes in each of these areas, with different levels of improv, comedy and film script writing, and stand-up classes. This theater also has performances from each of the improv and stand-up classes, as well as other comedy acts each weekend. The Institution Theater is a great place for anyone looking to get a start on their acting, writing, or improvisation skills in Austin.
Give us feedback