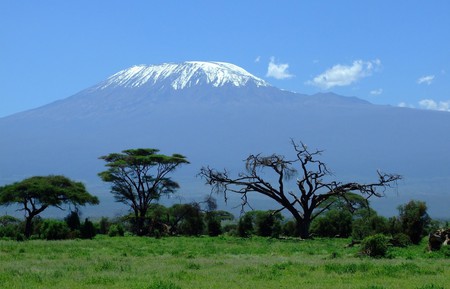 There ain’t no mountain high enough to keep us away from the ones we love. That is exactly what seven-year-old Montannah Kenney of Austin, Texas was thinking as she climbed Mt. Kilimanjaro in March, making her the youngest female to climb Africa’s highest mountain.

Montannah’s father passed away when she was three and she wanted to do something that would make him proud… and maybe get a little closer to him in the process. So when Montannah’s mother, Hollie Kenney, was discussing climbing Mt. Kilimanjaro with friends, Montannah asked to join her.

“I was very real with her, explaining that people can get very sick, that we’d have to train very hard and it wouldn’t be an easy task,” Kenney told the Austin American-Statesman publication.

But that didn’t scare Montannah. She told CBS News, “I wanted to be closer with my dad.”

“When we talked about the mountain being above the clouds, she immediately associated that with heaven and it resonated with her,” Kenney said. “She loved that idea of being closer to her dad and asked me if she was going to be able to see him.”

“The higher I go, the closer I am to him in heaven,” Montannah said.

It was settled, Montannah and her mother, a former triathlete, began training by hiking in Austin’s hill country with hours-long hikes on the weekends and shorter ones during the school week. The two trained and planned to climb the peak in 2019 when Montannah was older. That is, until they learned an 8-year-old girl had climbed the mountain last July with a special permit.

So, the two sped up the process, booked their ticket, headed to Mt. Kilamanjaro, and climbed. The climb took six days in poor rainy weather with a guide and a support staff of 25. The mother and daughter duo finally reached the top on March 16 at 8 am.

Kenney said that Montannah began looking to the sky as she got closer to the top and told her mom that being closer to her father made her really happy. “This was really a cool thing for her and it’s kind of setting her up in life for some pretty amazing things,” Kenney told Fox News. “To be able to provide the ability for Montannah to follow a dream that she wants to do, there’s no price tag.” 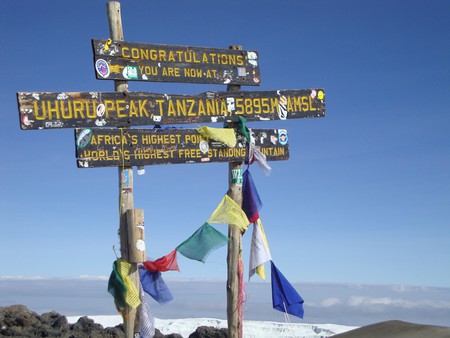 This young Austinite is now using the publicity around her world record to give back. She and her mom have launched a GoFundMe campaign to raise money for veterans with PTSD, something Montannah’s father struggled with. They will donate the funds to EMDR research, as well as to those that can’t afford therapy for PTSD.

All in all, this young seven-year-old is inspiring girls all around the world to push the limits and go for what seems impossible. We wouldn’t expect anything less of a true Texas gal!