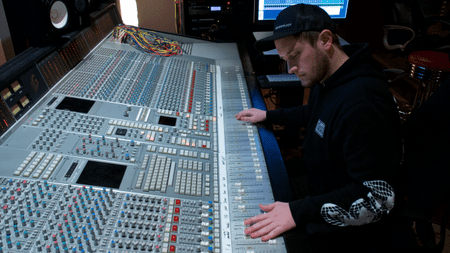 At the tender age of 25, producer and engineer Robert Sewell has already worked with exceptional pop artists such as Justin Bieber, Lil Wayne, One Republic, Taylor Swift, and many more. After starting as a freelance engineer in Austin, Sewell began working with local artists and bands, and he was offered the opportunity to be the head engineer and studio manager at Orb Recording Studios after working with one of the owners prior to opening day. Sewell’s drive, dedication and his love for music continues to be seen and felt through the work he produces. Here, Sewell speaks to The Culture Trip about his day-to-day responsibilities and how working hard is essential in any industry.

What is the most memorable thing you have done?

The most memorable thing is probably what I think is my biggest accomplishment to date, and that would be that I was credited on a number one album, which was Pentatonix’s debut album that came out this last year. Upon its release, it was debuted at number one on Billboard, which was really awesome. I love those guys – big fan of them. They’re extremely talented. They’re actually one of the groups that inspired me to get into music. I was following them back in the day before they got signed and all that. So it was cool to see that thing come full circle.

If someone who is trying to do what you are doing, what advice would you give them?

The best advice I would give someone else trying to do this would be to work hard every single day, to be cool with others, to build those relationships, and just show up. Whatever opportunity you may have or think you may have, just show up and do what you can. If you’re interning at a studio, show up everyday and do what you can, even if it’s mopping. Just being in the environment and showing up everyday… your opportunity will come. I think a lot of people that I’ve known – friends and people that I’ve met – they never get that opportunity because, for whatever reason, they don’t show up everyday. They give up too easily. That opportunity is waiting for them, but it never happens because they never show up. So I would say just work hard and show up everyday and be cool with others. 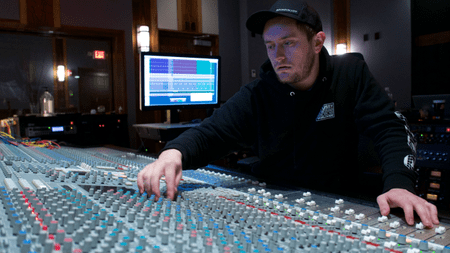 If you weren’t doing this, what would you be doing?

If you could hang out with anyone in the world, who would it be and why?

If I could hang out with anyone in the world right now it would probably be Max Martin. He is my biggest idol and biggest inspiration, and I would love just to pick at his brain and get advice from him and just see what makes him tick.

I want to be remembered as someone that just really worked hard, that everyone really loved working with and someone who made great music.