In Austin, Barton Springs Transforms Under the Full Moon

Barton Springs in Zilker Park is a legendary spot in Austin; in the midday sun, clear spring water and a canopy of oaks beckon to the overheated. But this is only half the story of what makes this natural pool special – the other plays out under the cover of darkness.

Every evening until 10pm, Barton Springs in Austin’s Zilker Park provides a community space where swimmers can relax and take a refreshing dip before heading home (or out for a night on the town).

Once a month, however, locals gather for a Full Moon Party, howling in unison as they splash in the water. For years, this remained an underground and unofficial tradition, with people hearing about it through word of mouth alone.

Unfortunately, as with anything that gains traction on social media, it began to regularly attract crowds in excess of 2,500 people; in 2016, city officials had to step in for public safety reasons.

Now, entrance is limited after 8:30pm to 750 partygoers, who are required to pay the pool’s standard admission fee, even during the autumn and winter months when entry is usually free.

But what’s it really like to experience this Austin tradition? Mike Reddy tells the full story in a series of original illustrations. 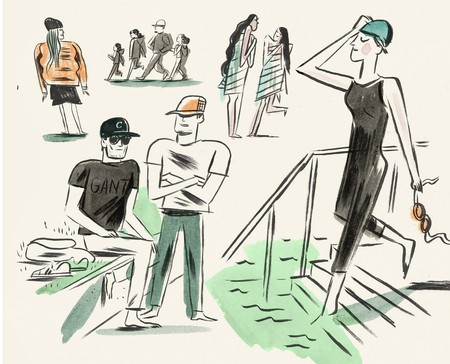 Back in the day, local families met under the full moon for a potluck picnic, a celebration of nature and, of course, a swim. 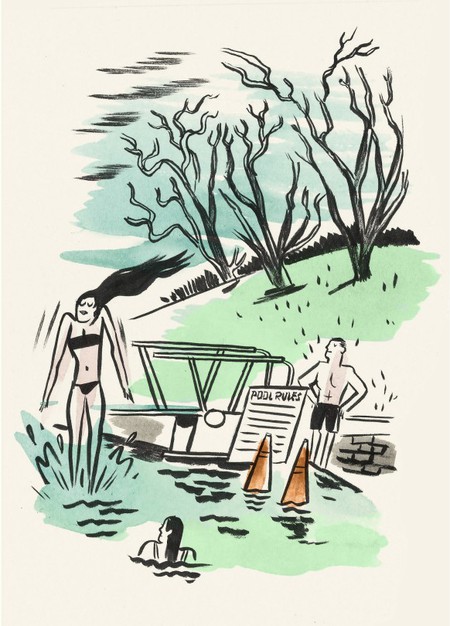 Since the tradition took off on social media, it has attracted a younger, slightly rowdier crowd. It’s best to arrive early to claim a parking spot and a place in line before capacity is reached. 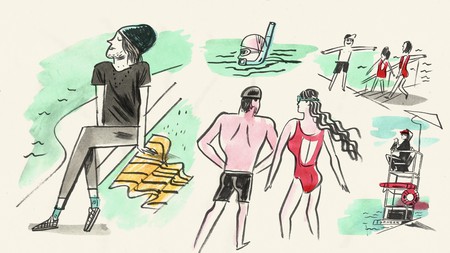 The three-acre pool has been a go-to destination for locals for generations; it’s said that Robert Redford learned to swim here during one of his boyhood summers in the city. 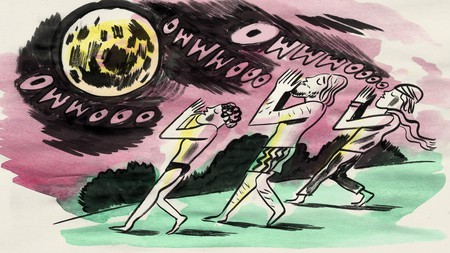 Though it might seem weird – this is Austin, y’all – people of all ages and stages really do come together to lift their voices skywards. In 2016, city officials reported that lifeguards had trouble hearing due to the elevated decibel the howls reached that summer. 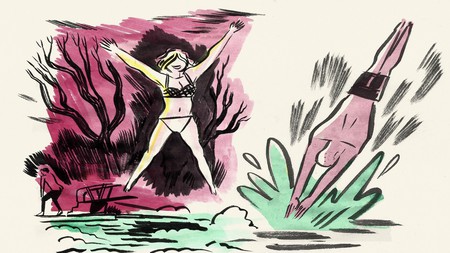 Splashing, too, is an essential component of the full moon party experience. 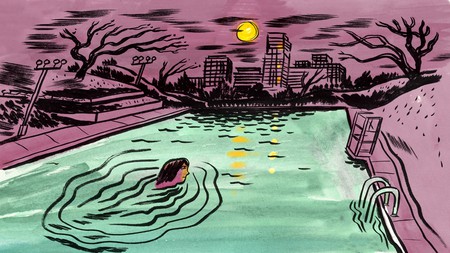 Even in the depth of winter, and the dead of night, the water remains at 68F (20C); there really is no excuse not to stop by for a moonlit dip the next time you’re in town.