How to Spend 48 Hours in Austin 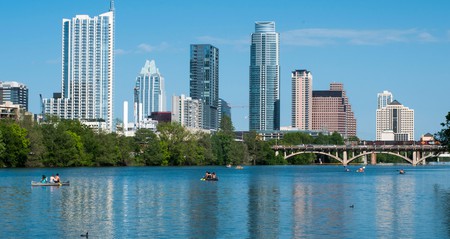 You just flew into Austin and you have 48 hours to see and do it all. Where do you even start? With so many different things to recommend in the city, it can be difficult to pare your visits down to just the essentials. So, to make it easier for you, we rustled up some local input about the best-of-the-best activities in the “Music Capital of the World.”

Start your morning by getting your blood pumping. In the heart of the city runs Lady Bird Lake, the go-to place for recreational water activities. It is also an underused way to tour the city. Grab a kayak from one of the boat rental huts all along the reservoir and spend the morning drifting downstream enjoying the juxtaposition of nature in the middle of an urbanscape. You’ll also likely be joined by the University of Texas crew team as well as some fishermen and the lone recreational SUP enthusiast. 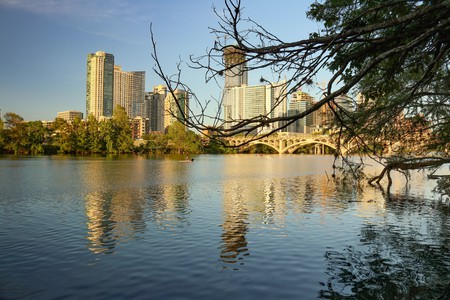 If you went downstream on Lady Bird Lake you’ll find yourself on the Eastside, right on the border of the Holly neighborhood. If you climb out there, which you should, take a short walk and head over to Launderette for some brunch. This neighborhood eatery is run by a four-time, James Beard Award–nominated pastry chef and her partner. Originally made to be a nondescript, all-day diner, that dream didn’t last long. The result of the chefs’ careful and meticulous nature is one of the most celebrated restaurants in all of Austin. Even if you have to wait to get in (which you probably will), order one of their imaginative drinks from the bar. You will easily be able to spend 20 minutes in contemplation of its flavors. 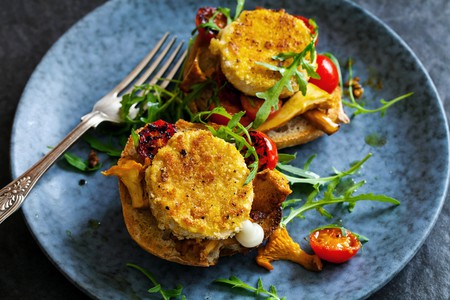 Make the journey from east to west and visit South Congress (Soco). An extremely popular area of town at all hours of the day, make sure your bike or Uber since you’ll be hard-pressed to find a parking spot. With so many things to see up and down the stretch, a few good places to start are Lucy in Disguise with Diamonds with its jam-packed racks of elaborate costumes, jewelry, props and shoes, or Allen’s Boots, where they’ll set you up with a real nice pair of Texas footwear. Check out our full list of things to do here. 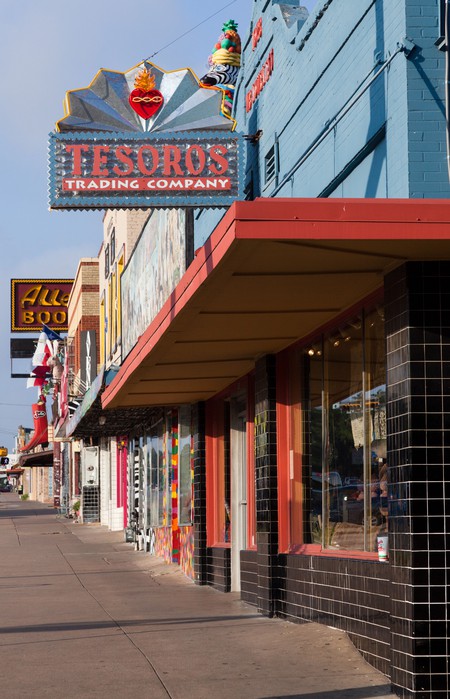 While you’re over in Soco, you really should take advantage of the fact that you’re right smack in the middle of some of the most popular restaurants in the city. One of the best is longtime Tex Mex staple Guero’s Taco Bar, one of the premier examples of Tex Mex on that side of town. From its Mexicana-filled interior to its queso and margaritas, you shouldn’t walk by without at least stopping in to say hello. Seriously, don’t forget to try one of their specialty margaritas, they’re known for them. 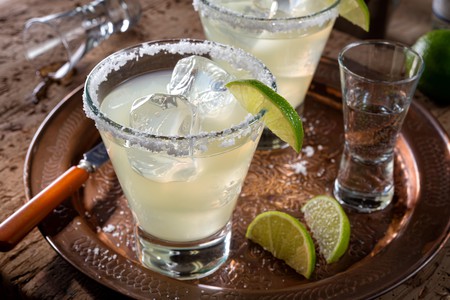 After dinner, walk across the street to the Continental Club to see some live music. Since 1955, the club has kept its doors open – it is now one of the oldest continuously running clubs in all of Austin – and for 60 years has seemed to always have some of the best acts on its bill. Over the years, everyone from Junior Brown to Link Wray to Robert Plant have graced the stage. Although the greats of yesteryear won’t be caught at this humble little venue anymore, walk in and have a seat. You might get lucky and see one of tomorrow’s legends before they’re even famous. 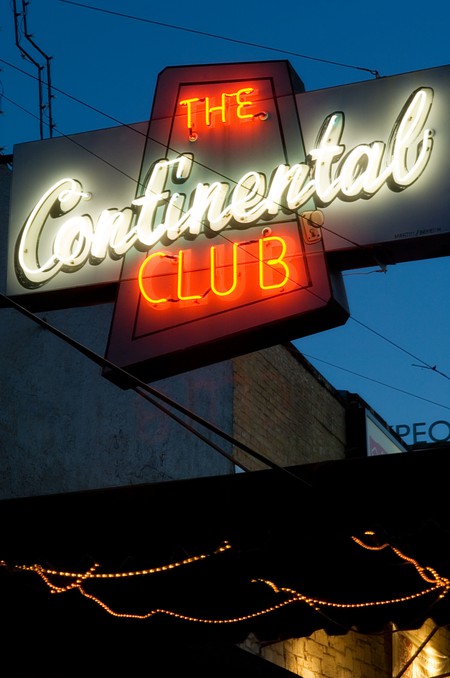 Since you didn’t stay out late last nice, you should absolutely get up and watch the sun rise. Trek over to West Austin and hike up the 102 steps to the top of Mount Bonnell where you can admire a gorgeous view of downtown Austin with the sun coming up. The buildings of the city have never looked so good as when they glitter in the rising sun. Mount Bonnell is one of Austin’s oldest touring attractions dating back to the 1850s, as it is the highest point in Austin city limits reaching 785 feet tall. 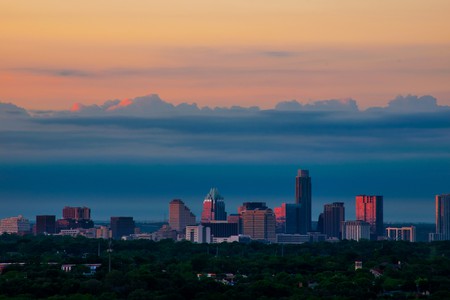 Don’t go too far for breakfast. Just a few minutes from the “mountain” is Torchy’s Tacos. Since you can’t come to Austin without having breakfast tacos at least once, make sure to swing by and order a few and take them to go. If you’re up for it in the morning, their elotes or street corn is also recommended. 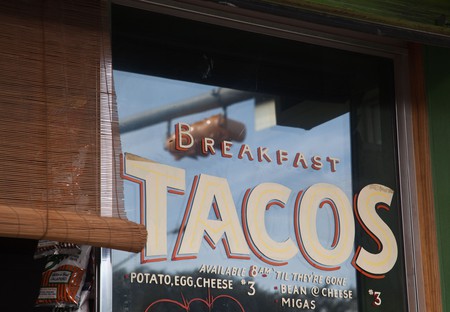 If you couldn’t help yourself and got queso for breakfast, we won’t blame you. However, you’re going to have to walk it off, and the best place to do that is at Zilker Park. This expanse of green in the middle of the city is the very same place that plays host to large city events like Austin City Limits and the Zilker Kite Festival. On a normal day though, you can play volleyball, soccer, swim in Barton Springs or ride the train around. You are also able to hop on the trail along Lady Bird Lake, but if you aren’t in the mood for any more walking, you can also lay down a blanket and enjoy the warm morning sun with a good read. 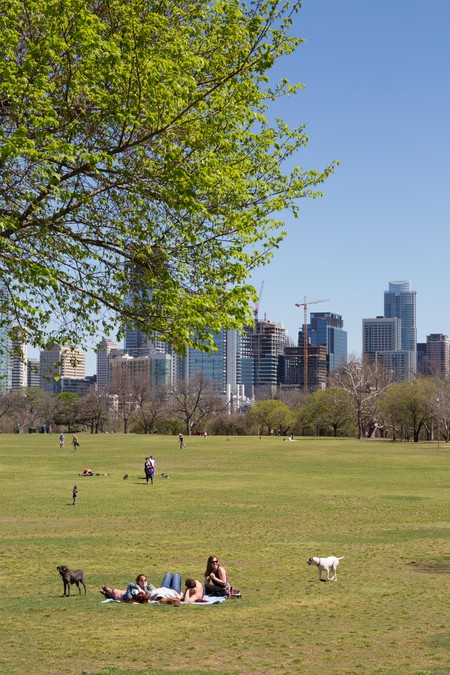 Once you’re ready for more food, you are going to have to go for some barbecue. Most barbecue joints in the city open at 11 a.m. and have a line, so it’s recommended that you don’t show up later than 11:30 if you’re planning on having lunch. To make sure you won’t miss out on the fun, though, you’ll have the best luck, and some of the best barbecue, if you go to Mickelethwaith Craft Meats. Open Tuesday through Sunday, the line here goes quite a bit faster and the sides might actually be as worthy of a visit as the meat. 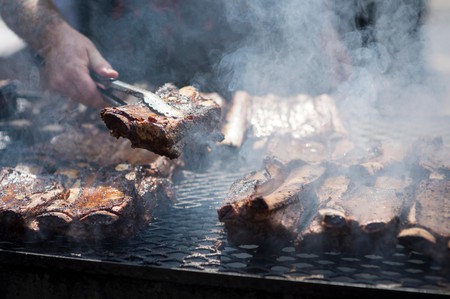 Of course, if you’re in the state capital, you need to actually visit the place. The Texas State Capitol is the oldest surviving state office structure in the nation and is as impressive on the inside as it is on the outside. Once you’ve wandered around the 22-acre grounds, make sure to head inside for a bit of A/C and stand in the middle of the rotunda and gaze up from the star of Texas to admire all the wall detailing. Don’t leave your visit to chance; be sure to join one of the free tours that run every 30 to 45 minutes to get the full experience. 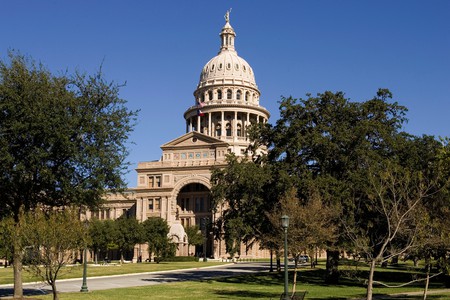 Take a moment to relax after a hectic day and sit down on the porch of La Condesa and watch the people of Second Street go by. Enjoy cocktails made with mescal and tequila and chat with your neighbors. You can easily let drinks drift into dinner, or you can walk across the street to Taverna and get some great Italian food while you dine al fresco. 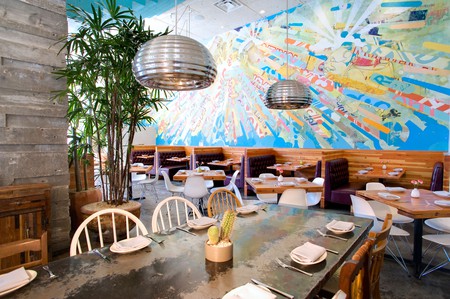 It’s your last night in Austin, and you probably aren’t ready to put your feet up just yet. Instead, break out your dancing shoes and head out on the town. Every night of the week you can find live music at some of Austin’s legendary music venues like Stubb’s, Emo’s East, Antones and The Parish. If it’s the weekend, head over to 6th Street, which becomes pedestrian-only after 10:30 p.m., and barhop, watch street performers and enjoy the cacophony of music blaring out into the street. 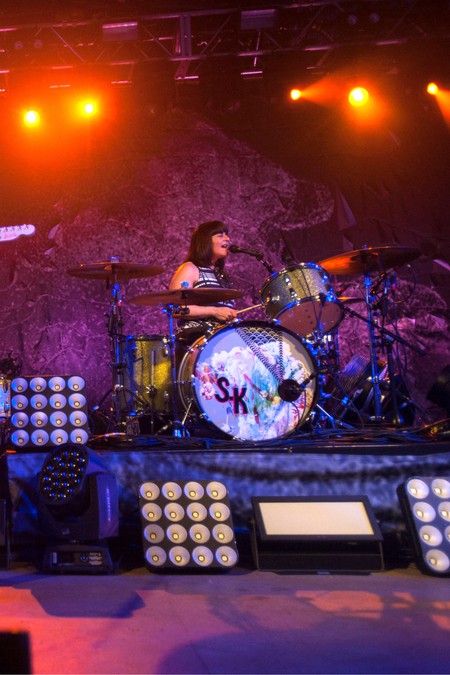