How To Celebrate OUTsider Fest in Austin 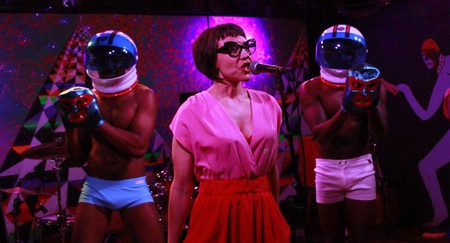 Austin hosts a number of festivals, celebrations and commemorations throughout the year, but one event in particular stands out from the rest: OUTsider Fest. Here, the line between audience and performer is blurred as the city’s LGBTQ community comes together for five days of cabaret performances, film screenings and art installations.

Austin loves festivals and is well known for over-the-top blowouts like Austin City Limits and South by Southwest. However, OUTsider Fest – a favorite among the more avant-garde set – attracts a growing audience with each passing year. Through its interdisciplinary, multimedia approach, this event encourages attendees to participate directly with the artists and celebrate the bold originality and creative nonconformity of the LGBTQ community. For five days, open dialogue and free expression reign supreme as artists and attendees converge to experience this unique outlet for creativity, collaboration and cultural enrichment. 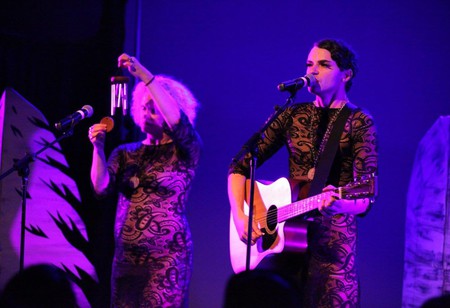 The festival changes its theme annually. The 2019 edition’s was “Queeriosities,” which was inspired by the Victorian “cabinet of curiosities” that showcased and celebrated the peculiar and bizarre. Of course, the idea was not to make a museum but rather to highlight the intersections between groups throughout time.

In addition to the various performances, film screenings and art installations, the festival always includes a conference component that serves as a forum for discussing issues concerning LGBTQ communities. The conference is a special favorite at this grassroots festival because it embodies the undercurrent of inclusiveness and community by being hosted in the living room of OUTsider’s founder and artistic director Curran Nault. Appropriately, the event is called Conference on the Couch. 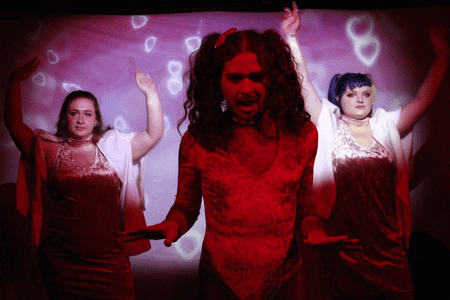 However, the festival doesn’t just look at the present. Every year, the board presents the Legacy Award to “an artist who embodies the best qualities of being a cultural misfit.” Past recipients of the award include queer punk band Tribe 8, who reunited after 15 years especially to perform at the 2015 festival, and world-renowned performance artists Annie Sprinkle and Beth Stephens, who were honored in 2016. The works of these rabble-rousers and ancestral challengers appear throughout the festival to remind everyone of the provocateurs who paved the way for today’s artists to perform.