How Creatives in Austin Are Saving SXSW After Coronavirus 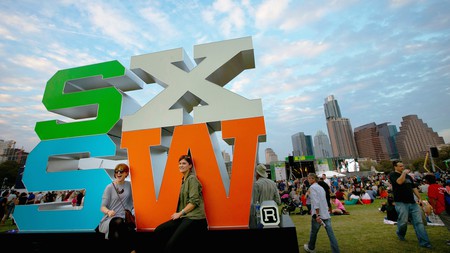 The 2020 South by Southwest was supposed to have taken place in Austin from March 2-22, but now, residents are rallying support for the creative community in the wake of the festival cancellation due to the outbreak of Covid-19.

The South by Southwest festival (SXSW), held each March in Austin, Texas, draws hundreds of thousands of people from around the globe during its two weeks of film, music, interactive, educational and tech events. So, Austin – and the world – took a collective gasp on March 6, when it was announced that the massive festival was canceled for the first time in its 34-year history.

At the start of the Covid-19 outbreak in the United States, SXSW was one of the largest events to be canceled at the time, a foreshadowing of what was to come over the next few weeks: other cancellations left and right, social distancing, self-isolation and working from home, and bars and restaurants closing.

While the international nature of SXSW had a global impact – more than a quarter of attendees come from 100-plus countries – the cancellation was devastating for Austin. Not only did the city lose $350 million that the festival generates, but thousands of local musicians, artists, entrepreneurs and small businesses were severely hit by the repercussions.

Austin, however, has a strong culture of supporting its creative community, and the pandemic has proven no different. Austinites began to rally around those citizens who were the most affected, setting up emergency funds and websites to showcase and support creatives. There have been virtual festival components, live-streamed music performances and online art exhibitions. 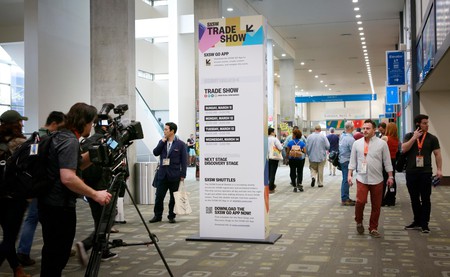 The SXSW Film Festival still handed out awards by allowing jurors to watch the competition films through a secure online screening library. This was vital for the filmmakers involved, explains Austin journalist Joleen Jernigan, as the festival makes a big impact on the lifespan and exposure for films, especially those of smaller filmmakers.

“Some SXSW filmmakers have invested years of their lives, their energy and passion, and often a good chunk of their savings, into making that film and getting it selected for SXSW Film,” Jernigan says. “It must be devastating for them because no SXSW means no early buzz, no audience or judges’ awards, no way to get discovered by a big distributor.”

All the films that were set to premiere at the festival will remain eligible for Independent Spirit Awards, and the short films from the line-up will continue to qualify for the Academy Awards.

“This was going to be a transformative event, and with the cancellation, the filmmakers were left stranded and scrambling,” Janet Pierson, SXSW director of film, announced in a statement. “Many of them have spent years on the work they were bringing to SXSW. We know it’s no substitute for the live SXSW event, with its unique and fantastic audience, but at least it’s some way to get attention for these wonderful films. We have been heartened by the efforts of so many in the film industry and wider film community to come together with offers to help SXSW projects by offering screening rooms, fee waivers and so many [other] ways.”

True Indies is obtaining entry fee waivers from other film festivals so that filmmakers originally booked at SXSW can get their work seen elsewhere. So far, more than 20 festivals have granted waivers. SXSW alumnus filmmaker Jim Cummings is also offering a free screening space in Los Angeles for any SXSW films, for a future showing.

Travis Sutherland, founder of the Central Texas music festival UTOPiAfest, created an SXSW Band Refugees Availability Register to connect musical acts with venues and promoters and help them find future gigs when places reopen. And a website called ILostMyGig.com is tracking submissions by creative professionals as well as service industry workers, detailing their lost income and giving the public ways to support them, such as Venmo and PayPal handles. 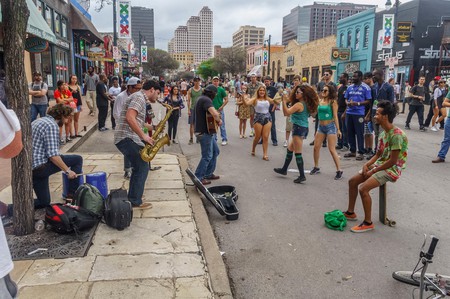 Debbie Stanley, music industry consultant and founder of House Concert Hosts Consortium, which organizes in-home concerts, encourages artists to share their Venmo handles everywhere, and fans to send direct support through that or other digital means.

“Getting money to the artists right now is the priority,” Stanley says. “Here in Austin, we have a strong community of music fans, or what I prefer to call modern music patrons. There are about two dozen of us with regular house concert series, and we’ve jumped in to convert our in-person shows into virtual concerts.”

House Concert Hosts Consortium repurposed its calendar to allow artists to post virtual shows, and then Austin360.com took over the calendaring. Stanley says this gave the effort much greater reach. “We’re still posting guidelines for artists and fans on our website and Facebook page,” she adds.

Part of a movement

One of the city’s newest non-profits, Austin Texas Musicians, was founded in late 2019 to help its musicians make a living. Founder Nakia Reynoso said the organization’s purpose is to help empower Austin city musicians and advocate on their behalf at City Hall and the Texas State Capitol. After moving to Austin in 2002 to pursue music, Reynoso found that most musicians here have a difficult time making a living.

“Austin’s most valuable resource is its musicians,” Reynoso says. “The best thing Austinites can do to support Austin musicians right now is to donate to HAAM (Health Alliance for Austin Musicians), tip their favorites that are performing live and buy merch – with the understanding that orders won’t ship until after we can move more freely.” 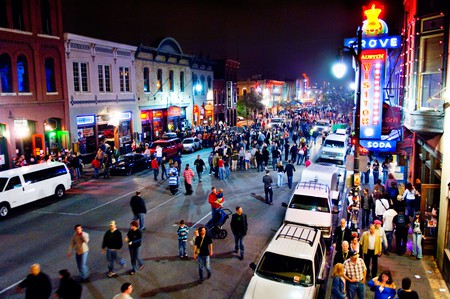 The unprecedented SXSW cancellation will undoubtedly affect not just the festival in the future, but Austin as a city. The show of citizens rallying around the creative community, service industry and locally owned small businesses is a heartwarming demonstration. Many of these initiatives are already looking to become permanent support fixtures here.

Additionally, the results of the pandemic will likely have long-term effects on how people live, work and use technology. These changes in the wake of Covid-19 and the SXSW cancellation will have a ripple effect on Austin’s music and creative industry. House concerts and live-streamed events will likely become more common, and visitors to the ‘Live Music Capital of the World’ will find even more options for taking in the city’s culture when the virus is under control and travel resumes again.

Until then, anyone around the world can enjoy the virtual opportunities that exist – and be a part of supporting it if they wish. Reynoso says that many music venues are looking at bankruptcy right now, and fears that the Austin entertainment industry could well be devastated by this crisis.

Two funds are collecting donations to offset the major financial losses that musicians, filmmakers, artists and other creatives face from both the SXSW cancellation and the ongoing pandemic: South by South Best GoFundMe and Austin Community Foundation’s Stand With Austin Fund.