The Best Hotels to Book in Austin, Texas 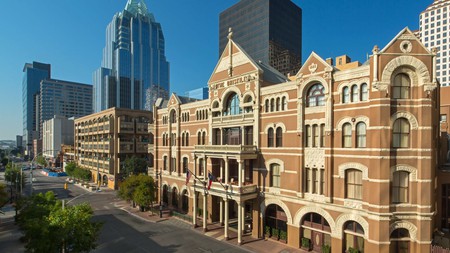 Austin boasts an array of plush and modern hotels | Courtesy of The Driskill / Expedia.com

The state capital of Texas, USA, is also its capital of studied cool. Swap your cowboy hat for a fedora in the hipster hub of the American South – and check into one of the best hotels in Austin, bookable with Culture Trip.

Ditch any preconceptions you might have about Texas. Austin has a culture – and counterculture – all of its own, driven in part by the student population from the University of Texas. In Downtown, the strong live-music and arts scene nurtures local creatives and designer-makers, all of which cross-pollinate beautifully with a lively indie bar scene. The prevailing hotel culture is that of individual, memorable accommodation, which showcases local talent and materials. Here are Culture Trip’s top picks.

Hotel
Facebook
Email
Twitter
Pinterest
Copy link
Share
This boutique hotel of only seven rooms has a clear commitment to championing Austin talent, which means that it’s been kitted out with the work of local designer-makers and artists throughout. This is a town where local creative standards are high, and the result here has been praised in international design magazines including Monocle and *Wallpaper. Hop onto one of the free hire bikes to explore the indie businesses and live music of downtown Austin. 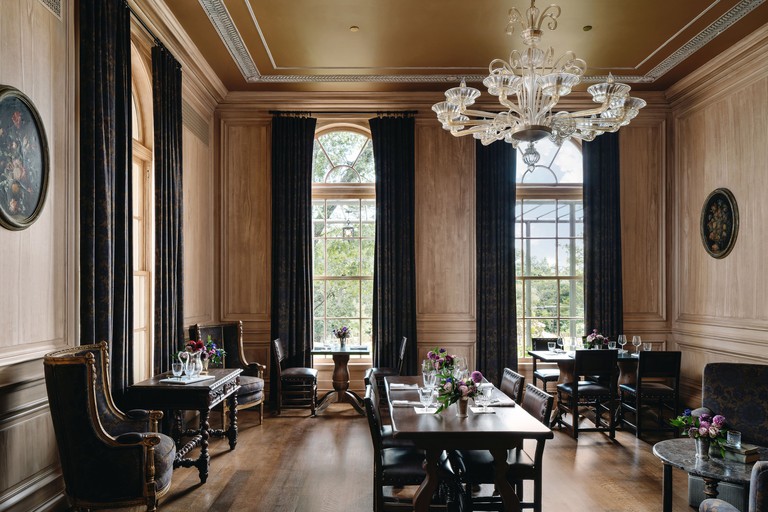 This grand, country house-style estate was built in the 1920s by a colorful local businessman, nicknamed Commodore – in the style of an Italian Renaissance Revival mansion. It is set in 10 acres (4ha) of grounds, with cascading gardens of manicured lawns dotted with topiary and fountains. The generously sized rooms and suites display remarkable period detail, of the kind you rarely find outside of a film set – and the overall effect is certainly cinematic, and as glamorous as Austin hotels get. 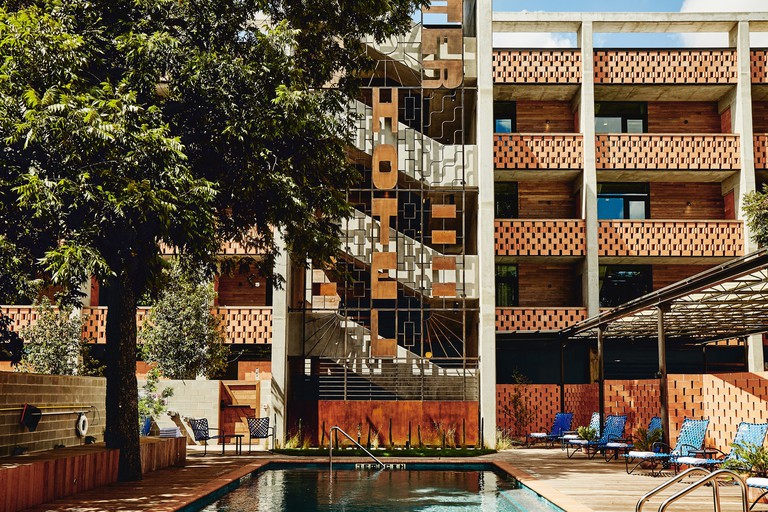 If you want to stay in Austin like a local, you stay at The Carpenter Hotel. Each room has a private terrace at this deceptively modest and pleasantly retro hotel, whose pared-back interiors recall the elegance and optimism of the 1960s and 70s. Entertainment events are cheekily referred to as Happenings, and include guests being invited to spin their own records at the monthly vinyl night. Enjoy a hearty cheeseburger or Tex-Mex at the in-house restaurant, Carpenters Hall, or simply reserve a cabana and make good use of the poolside beer delivery service. 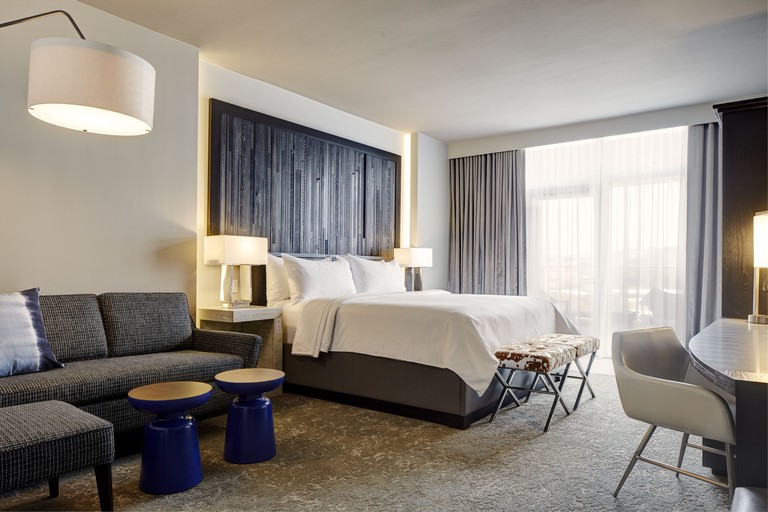 Courtesy of the Archer / Expedia

No stranger to the top spot on a variety of “best hotel in Austin” lists, this lively, contemporary boutique is located in the fashion store-heavy Domain Northside neighborhood and the nightlife of the Rock Rose ’hood is within easy reach from here, too. Eye-catching, luxe interiors have helped to make this a local destination, with a bar and a farm-to-table restaurant (Second Bar + Kitchen). It’s all crowned by a distinctive pool, with tiles emblazoned with Texas Lone Star. 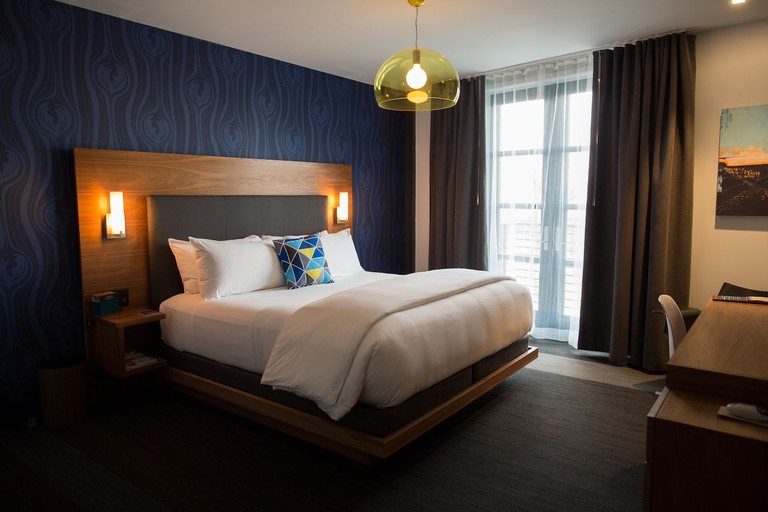 Just 14 rooms comprise this much-awarded boutique hotel, which is no stranger to the pages of major travel magazines and websites. Despite the French name, there’s a northern Italian-style, all-day cafe on site, while the twinkling cityscape view from the roof terrace bar in the evenings is quintessentially Austin. The handful of rooms, some of which have balconies, are differentiated by names such as Crash Pad and Signature. Happily, there really is a resident black cat: Louie. 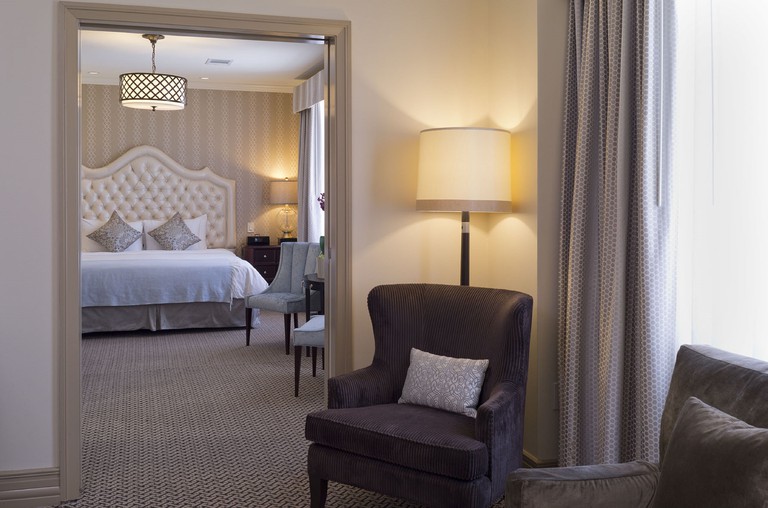 This Austin landmark has been a part of Congress Avenue for more than a century, with an art decor facade and a concert-hall-like grandeur to the interior. The double staircase in the lobby is fit for a movie heroine – or Texan debutante – to descend. An on-site gym and choice of restaurants cater to business travelers, while tourist packages include a tour of Austin’s most haunted spots. Kudos to whoever wasn’t afraid to paint some of the communal spaces pillar-box red. 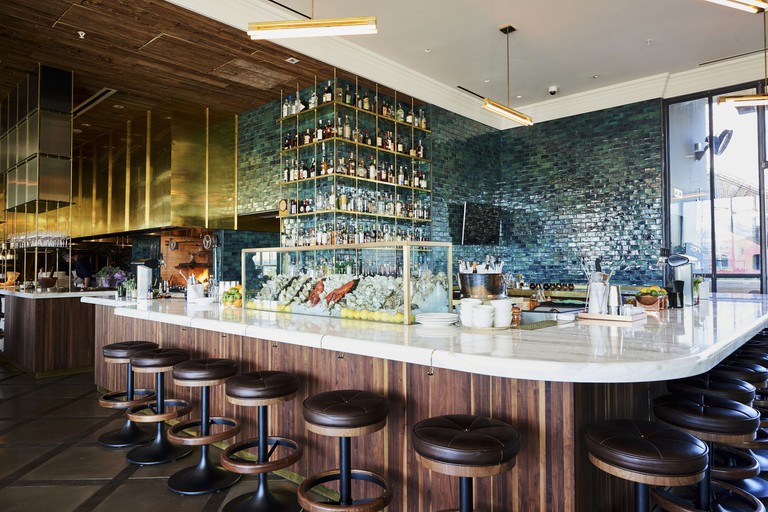 Courtesy of South Congress Hotel / Expedia
A motorcycle shop where you can either buy or rent some refurbed vintage wheels is one of the more unusual selling points of this boutique hotel, where the design language of leathers, natural woods and foliage evokes a refined take on a 1970s rock-star pad. Its more conventional selling points include the inviting rooftop pool and three onsite restaurants, including Otoko: a 12-seat sushi spot with a connected sake bar. There’s a bakeshop and an all-American bistro, too – chicken and waffles, anyone? 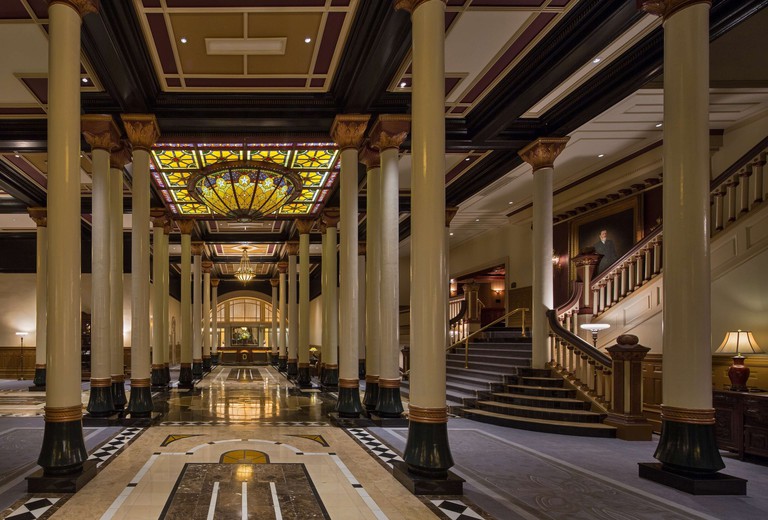 Courtesy of the Driskill / Expedia.com
A location in the heart of downtown Austin’s live music venues is highly convenient, if something of a red herring when it comes to what awaits you here. Ceilings with stained-glass features and a marble pillar-lined lobby set a tone of grandeur at this more-than-a-century-old hotel, which has around 200 rooms and suites, a gym and a bakery on site. Generously sized event spaces and gilded fittings make it a wedding venue favorite, too. 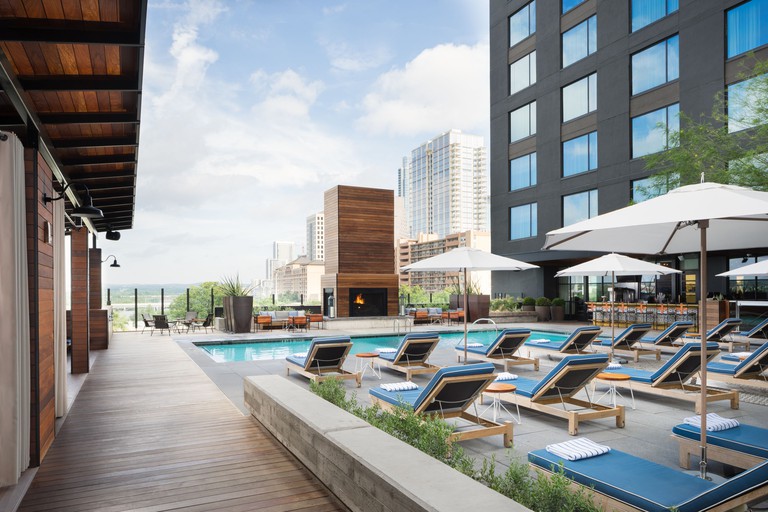 Courtesy of Kimpton Hotel Van Zandt / Expedia
There’s a kind of Texan cool underpinning the rooftop pool and chandelier glamour of the Kimpton Hotel Van Zandt, a downtown Austin hotel which bills itself as having ‘a rough-around-the-edges kind of sophistication’. It’s a borderline nonsensical, and yet somehow accurate, summation of this fun and well-appointed accommodation option. Discounts to tempt locals who are looking for a staycation mean it’s not just a tourist spot, and there’s the buzz of decent live music in the restaurant, too. 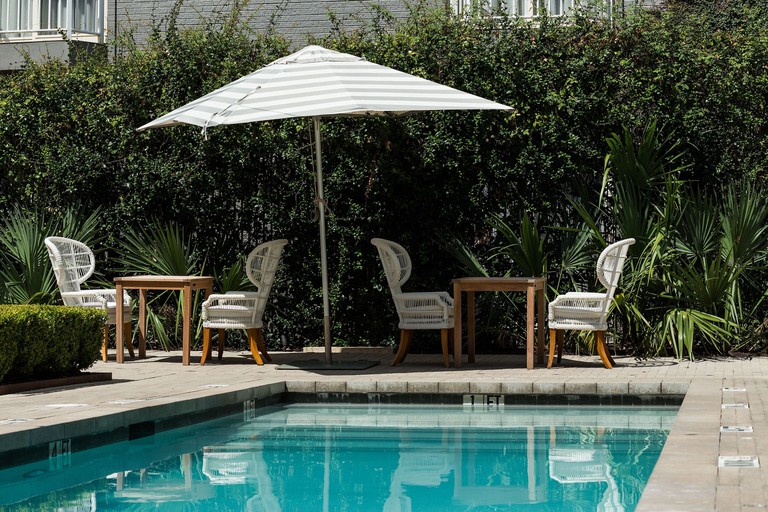 Courtesy of Hotel Ella / Expedia
This characterful boutique hotel close to the University of Texas occupies a Greek revival-style mansion, which was built in 1900 and first occupied by the son of the university’s founder. His wife, Ella Newsome, had a flair for property renovations. Today, the hotel’s 47 guest rooms, cabana-lined pool and wraparound veranda evoke the elegance of another era, while refurbishments and updates have kept things current enough for Austin’s competitive hotel scene.

Looking to treat yourself? Check into one of the top luxury hotels in Austin, and book your stay now on Culture Trip.

This is an updated version of an article originally by William Morris.