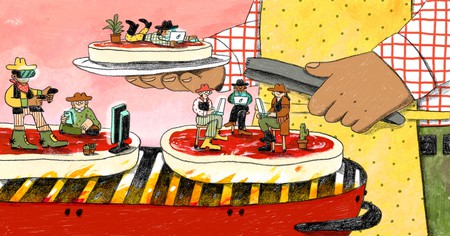 America’s most innovative entrepreneurs and investors are choosing Austin to make their start-up dreams a reality. With a low cost of living, favorable business environment, diverse talent pool and cultural charm, it’s not hard to see why the city has captured the tech industry’s attention.

At Stubb’s Bar-B-Q, a restaurant and live music joint in downtown Austin, paper plates bend under the weight of brisket and neon-yellow potato salad. On stage, singer-songwriters croon about leaving small towns for big cities.

For decades, Austin has been defined by scenes like this – urban cowboy-college student clientele and rock’n’roll-meets-Willie Nelson performers. 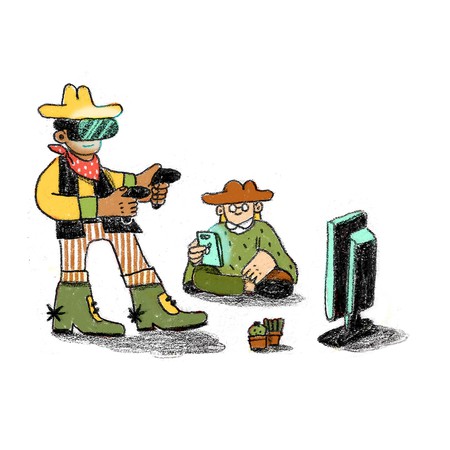 Today though, start-ups are transforming the city, shifting everything from its politics to its place in the cultural zeitgeist. According to the New York Times, there were some 138,000 tech jobs in the Austin metropolitan region in 2018 – about 14 percent of the total jobs in the area.

Venture capital firms (VCs) – business groups that invest in promising tech startups – from both coasts have put money into Austin businesses, and in recent years the city has gone from having one dominant local VC firm to six or seven substantial Austin-based investors. In September 2018, billionaire tech tycoon Peter Thiel’s VC Mithril Capital Management announced plans to relocate to Austin from San Francisco, while overall VC investment in the city has grown from less than $300m in 2002, to more than $1,300m in 2018.

Apple has also announced plans to build a giant new $1bn campus in the city. Promising to bring up to 15,000 new jobs with it, the expansion, on top of the existing 6,000 Austin-based Apple employees, would make the tech giant the single biggest private employer in the region. 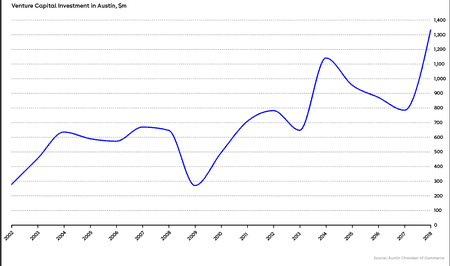 For locals, the sudden tech surge has raised questions about the city’s future. With rents, gentrification and noise complaints on the rise, how will the music city keep its soul?

There are practical concerns, too. Austin already suffers from some of the worst traffic in the nation, while the sudden glut of high-paying tech jobs has strained the city’s historically affordable housing market.

For others, however, the tech industry is a natural and welcome addition to the city’s rich cultural mix.

Eugene Sepulveda, a director and partner at Austin-based Capital Factory, a co-working space, startup accelerator and tech hub that has been the state’s most active investor since 2013, sees the city’s varied industries as a long-standing part of the city’s history.

“Austin is a town of cowboys and hippies and yuppies and artists and entrepreneurs. It’s where people want to live, work, play and raise families,” says Sepulveda. “Consequently, it’s easy to attract the right talent needed to build companies. Investors follow opportunities for investment. And increasingly, they too are moving to Austin for our quality of life – plus the favorable business and tax environment.” 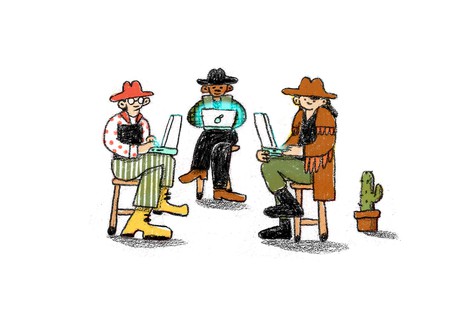 For Annie Klomhaus, VP of Operations at New Knowledge, an Austin-based information integrity start-up that protects brands and industries from manipulative online campaigns, the city’s culture is also influencing the types of start-ups growing there.

“The cultural energy here is in sync with our business ideals. To be onboard with us in this effort of course requires each of our employees to have a strong tech background – but it also requires people to think as independently as they do creatively and intellectually. Embracing an avant-garde atmosphere like Austin’s helps foster that ideology,” says Klomhaus.

The city appeals on a personal level, too. “We love it here. Living and working in a tech hub that is also the Live Music Capital of the World with a rich creative sector is an ideal way to work and live,” adds Klomhaus. “No other city can boast proximity to this level of intense artistic creativity and technological achievement.”

New businesses are also able to stand out in Austin. Boston, New York and Silicon Valley are extremely competitive markets – it’s hard to break out as a new company when you are up against the Googles and Apples of the world.

For its part, Austin’s city government has been active in courting the industry’s attention.

Mayor Steve Adler is an active tech investor, and his daughter Sarah Adler founded and successfully sold Spoon University, a food resource start-up based in New York. The state of Texas and the University of Texas at Austin (UT) are also players in investing in Austin’s entrepreneurial ecosystem, fostering public-private partnerships and joint business-academic research hubs like the Herb Kelleher Center for Entrepreneurship, Growth, and Renewal, at UT’s McCombs School of Business.

“Austin’s explosive population growth combined with the existing cluster of intensely curious nerds makes me think anything is possible here,” says Klomhaus. “The amount of change and growth in this city even in just the last few years has been astounding. And since the city leadership actively supports development, I only see bright things on the horizon for the Austin start-up scene.”