Austin Rocks: How to Explore the Live Music Capital of the World 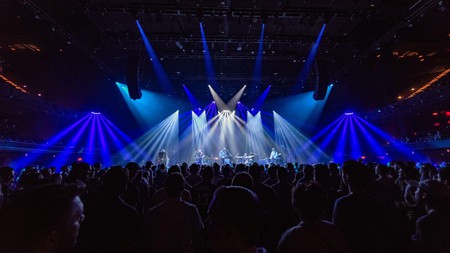 For live music fans, there's nowhere better to catch up-and-coming or established acts than in the eclectic venues of Austin | © Sipa US / Alamy Stock Photo
Paid Partnership With

With its gloriously appointed vaudeville theaters and off-the-wall dive bars, the hippest city in Texas is a paradise for music lovers. We highlight seven of its most iconic venues.

For a city the size of Austin, playing host to one major festival would be enough to guarantee its place on the international music map. But this hipster enclave in the Lone Star State is a place where they double-down on everything. Every March, there’s the music industry jamboree, South by South West, and then in October, the city plays host to the Austin City Limits Festival, which has in the past featured mega-band headliners such as Vampire Weekend, Radiohead, and Depeche Mode. Not that this happened by accident, of course, Austin is music-mad 365 days of the year and has a roster of gig venues that would make most metropolises weep. We’ve partnered with music-enthusiasts 14 Hands Winery, who happen to be the official wine sponsor of the Austin City Limits Music Festival, and make the kind of wild, untamed wines that perfectly capture the spirit of this wild, untamed city, to pick seven of Austin’s highlights – from downtown dive bars to state-of-the-art, purpose-built concert halls.

Since it opened in 1975, Austin’s legendary blues club has moved around the city, but wherever it’s been it has always attracted the best, including BB King, Eric Clapton and Ray Charles. Now on Fifth Street, just around the corner from its original home on Sixth, the club is once again at the heart of the action and still booking stellar acts from across the spectrum, while always maintaining its love of blues and soul. The menu was created by Jalal, an uncle of the original owner, Clifford Antone, back in 1963. Be sure to try one of the famous Louisiana-style po’ boy sandwiches accompanied by a zingy 14 Hands Gewürztraminer. 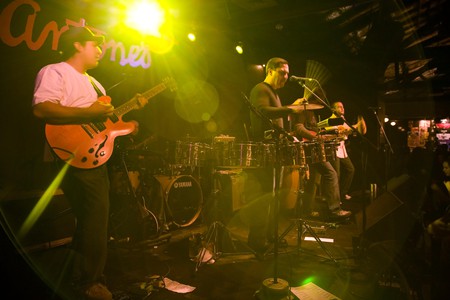 Whether they’re hipsters in distressed jeans or retirees in diamanté denim, honky-tonk lovers of all kinds flock to the unpretentious White Horse for its Texas two-step dance lessons and its always-on-the-money roster of up-and-coming country bands. Acts play in front of a brilliant-red backdrop, while the lighting is low and the drinks are cheap. There’s a terrific taco truck outside serving everything from Bomb burritos to chipotle shrimp quesadillas, which are worth the visit alone. It’s a perfect opportunity to grab a bottle of 14 Hands Hot to Trot to enjoy with your meal.

This beautifully designed indoor-outdoor venue in the Red River Cultural District, which opened in 2006, has acquired an international reputation thanks to its forward-thinking gig schedule and big-time party atmosphere. Knowledgeable bartenders pour generous shots of small-batch liquors in the handsome taxidermy-stuffed bar. And there are two gig spaces: an intimate one inside for emerging bands and a larger one outside for big touring acts like Los Campesinos and the Psychedelic Furs. 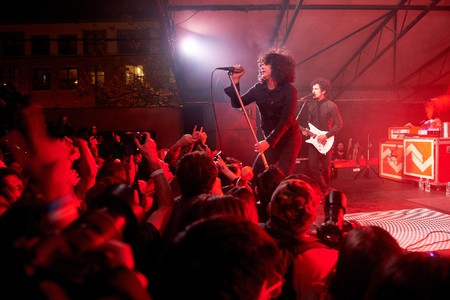 The Hole in the Wall

Sitting proudly opposite the University of Texas campus, the Hole in the Wall is a grungy student bar with all the essentials: cheap drinks, graffitied toilets, brilliant music. Fittingly, its tight-packed, always-atmospheric gig space has been a place of serious learning for the local acts who have honed their craft here before going onto bigger things, among them the alt-rock band Fastball, and the blues-and-funk singer Black Joe Lewis.

ACL Live at the Moody Theater

Austin City Limits, which regularly airs on PBS, is the only television show ever to win America’s coveted National Medal of Arts. A music show for authentic music lovers, it’s taped at the Moody Theater in downtown Austin. To attend show tapings you must enter a ticket lottery, but when the studio is not being used for this purpose, ACL Live at the Moody Theater presents concerts year-round that you can purchase tickets for. This gives you the opportunity to see massive names live from across the musical spectrum, from Dinosaur Jr to St Vincent. 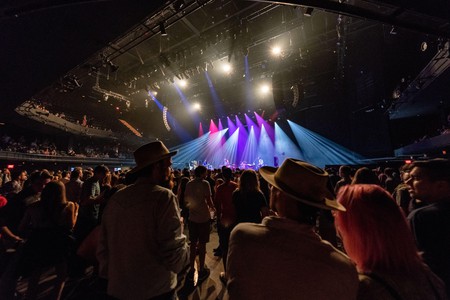 With its lion tamer wall mural and trumpeting pink elephant, this gloriously rickety dive bar has been one of the most iconic venues in Austin since it opened its doors in 1963. There’s an actual carousel behind the bar and the whole thing has the feel of something David Lynch might have dreamed up, which is perfect for the always-leftfield line-ups that feature everything from new bands on the make to belly dancers.

Built in the classical revival style in 1915, the glorious Paramount Theater is the grande-dame of the Austin music scene; a proper old-school theatre. with a gorgeous proscenium arch that frames a big stage, it has a long history of vaudeville and variety shows. Today, the venue keeps that eclectic spirit alive with a varied schedule featuring everything from internationally famous stand-up comedians and odd-ball magicians to local musicians and big touring acts such as KD Lang and Gladys Knight. 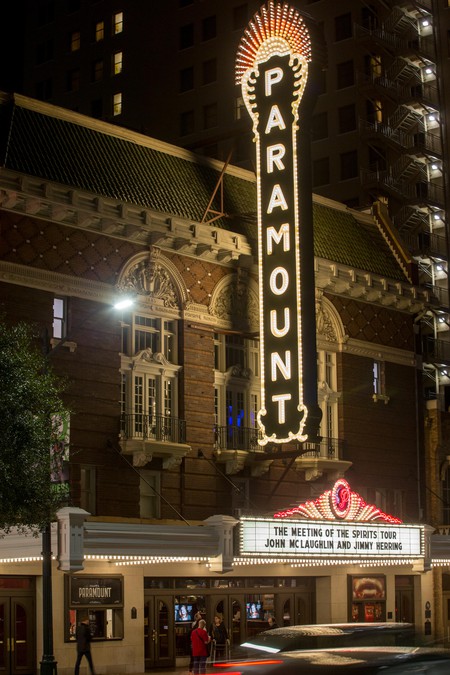 The Paramount Theater, built in 1915, has a long history of variety and vaudeville shows. Today it hosts everyone from major musical acts to madcap magicians | © MediaPunch Inc / Alamy Stock Photo