Austin Insider's Guide: Riders Against the Storm On the Live-Music Capital of the World 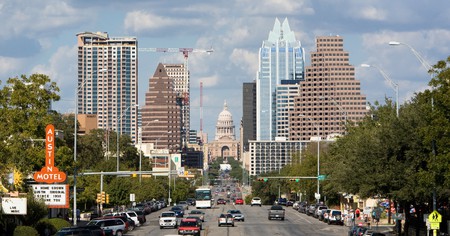 Hip-hop duo Riders Against the Storm present their definitive guide to the live-music capital of the world.

“Keep Austin Weird” has been the battle cry of the capital city of Texas for nearly two decades – long before copycats such as Portland, Louisville and Indianapolis tried to claim it as their own. It’s a call of defiance, a Wendigo howl in the face of convention by those who embrace eccentricity over conformity  – thousands of drummers marching to their own beat.

Given this expansive influence, it shouldn’t seem strange that some of the keenest insights into the city can be gleaned not from Austin natives, but outsiders who now call the city home. Since arriving from Providence, Rhode Island, in 2009, married couple Jonathan ‘Chaka Mpeanaji’ Mahone and Ghislaine ‘Qi Dada’ Jean have become one of the city’s most celebrated hip-hop acts, having been named Band of the Year at the Austin Music Awards from 2014 to 2016 for their collaboration Riders Against the Storm. Jean’s arresting vocals and poetic verse drip with the influence of her Haitian origins, while Mahone’s thoughtful yet playful lyrics and standout style are what the band are known – and loved – for.

As well as performing, they work as artists – producing paintings and digital work – and have their own clothing line. They also mentor aspiring musicians and are engaged in community activism. It’s this combination of interests that brought them together. “If you’re an activist black artist, the scene is real small, so we just kept running into each other,” Jean says of meeting Mahone, a Pittsburgh native then studying at Brown University while she attended the nearby Rhode Island School of Design. “We got together and started making art, music and [working] on community activation – eventually it grew into something very powerful.”

Moving to what is known as the live-music capital of the world was the natural next step, she says. “At some point we hit a ceiling in Providence. When we decided we wanted to take music seriously, it was suggested we come down here.” It’s in Texas, says Mahone, that they found their musical home. “Austin gave us a break – you’ve got the springs, you’ve got the good weather. We could rejuvenate and then start to focus.”

Since then, Riders Against the Storm have played on some of Austin’s biggest stages, including at 2018’s South by Southwest Festival (SXSW), where they held their own event. RAS DAY – a showcase of community, music, movement and art – took place at the popular downtown live-music venue The Parish, bringing in talent from New York, Detroit, Atlanta and Seattle to join local acts. Riders Against the Storm will likely do the same again at the next SXSW in March 2019. In the lead-up to the event, Jean and Mahone shared some of their favourite places in their adopted city to check out while you’re in town.

Born and raised in Veracruz, Mexico, sisters Reyna and Maritza Vazquez opened their first food trailer in East Austin in 2008. Ten years later, their business has grown to three trucks and two brick-and-mortar locations, and food writer and television personality Alton Brown called its migas taco – a combination of eggs, tortilla chips and toppings – the “best breakfast taco I’ve ever had.” It’s one of Riders Against the Storm’s favourite places to eat in the city. “Their migas are probably the best [in Austin] and their fish tacos and aguas frescas [a traditional drink from Mexico with fruit, water and cane sugar served on ice] are really good,” Jean says.

SXSW boasts many amazing acts, but Mahone and Jean have their own recommendations for whom to see in Austin, whether they’re on an official SXSW line-up or just working their regular gig. Among these are diverse up-and-comers who embody Austin’s world music scene, such as blues guitarist Jackie Venson and Colombian roots music sensation Kiko Villamizar.

“Jackie Venson is someone  I enjoy watching,” Jean says, of the Austin-born musician, whose father – bass player Andrew Venson – is an Austin icon. “There’s a collective called Key Street Music – there are folks in that collective that we’ve worked with and they’re definitely on the rise. Someone that folks may not know as well, but is a freaking phenomenal artist, is Queen Deelah. She’s out of Oakland, California, but she’s lived here for some time and she has roots here  – she is just a powerhouse on stage.”

Mahone adds: “Kalu James is super-dope. This group called Black Pumas is really dope. This guy named Kiko Villamizar … There are so many [great artists that] sometimes I hate listing them because I’m going to forget somebody, but those are the artists that come immediately to mind – that, if they’re playing, I want to go check out.”

Where to catch a show

Since winning the title of Best New Club at the 2013 Austin Music Industry Awards, Empire Control Room has earned a reputation as one of Austin’s top live-music venues. Known for its great ambience (it took the prize for Best Club Lighting at both the 2016 and 2017 Austin Music Industry Awards) and for showcasing electronic, indie and hip-hop music, it has an enthusiastic community of fans, with Janet Jackson among those who have been spotted there.

It’s Mahone’s favourite place to see a show. “Empire’s production [sound and lighting] is top-notch and really adds another level to live shows,” he says. “They take it seriously there, and it makes a difference. The staff are also really good people – if you find yourself going there multiple times you’re going to find that people remember you.”

He believes the venue – where he and Jean have performed “too many times to count” – has been crucial to the growth and development of Riders Against the Storm. “They nurtured our success by giving us space to grow our monthly party [Body Rock ATX,  a dance night the band have hosted for the past three years]. Most venues are just spaces, and do very little to help with development – it’s just about selling drinks and tickets. [Empire] actually invest, beyond just putting on a show, and they like people that they see are working hard and building  a scene. If you have an idea or a project that is tangible, they are willing to help and support it, in my experience.”

Where to get away from it all

Hiking outside the city

The couple lists several venues in which to kick back and relax, but their ultimate chill spot lies outside the city centre. “We like to go on walks on trails and hikes – the Greenbelt is awesome,” Mahone says, using Austinite shorthand for the Barton Creek Greenbelt, over 12 miles of pristine trails and water features spanning South Central Austin.

“The Greenbelt is a magical place,” Mahone continues. “The water is always the same temperature, and it’s refreshing. There is a lot to explore, and you always find new areas to enjoy,” he says. “The plan [when we go there] is always to disconnect, and just sit. We leave the phones and just hang out with friends, our dog Akeem, or just ourselves.” 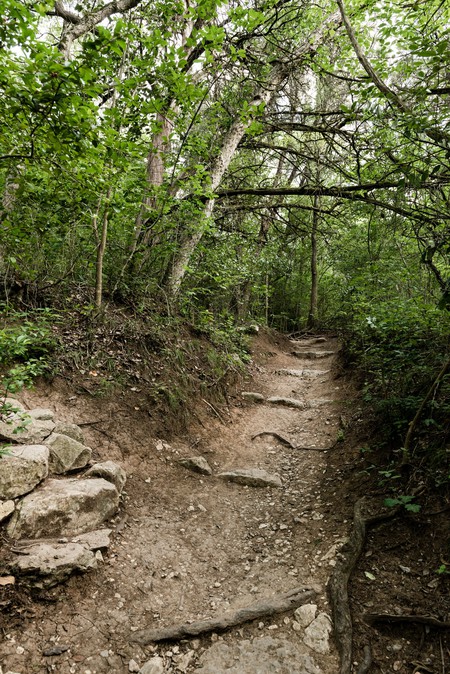 Come see Culture Trip at the Austin Motel during SXSW! Dating back to 1938, the motel is a killer combination of Texas charm and classic Austin cool – and the best place to chill poolside in the heart of the city. We’ll be taking over the space for three days from 9 to 11 March with events dedicated to our debut original film, The Soul of Soho. So come see us to explore, recharge and party at one of Austin’s truly iconic spaces, and live the Culture Trip experience. 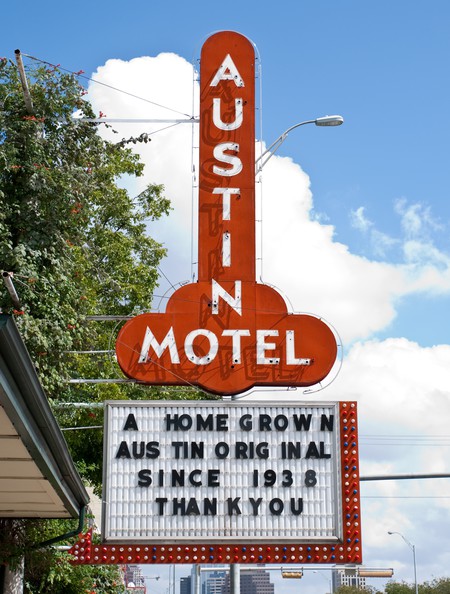