A Tour of Austin's Architectural Landmarks 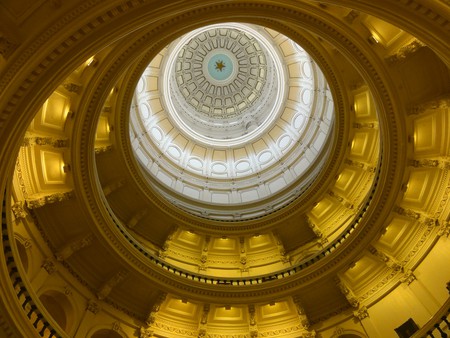 When some of Austin’s first pioneers began settling the area in the 1830s, they chose the location along the Colorado River for its varied landscape with rolling hills, waterways and vast green spaces. Today, the city’s skyline is as diverse as its landscape. From the domed State Capitol building to the icy details of the Frost Bank Tower, here’s an introduction to some of Austin’s architectural landmarks – including a few hidden gems that are easy to miss!

When Texas won independence from Mexico in 1836, the new republic’s second president, Mirabeau B. Lamar, proposed relocating the capital from Houston to Austin. Construction on the Capitol building began in 1853, but due to a fire in 1881, the current structure is actually the third iteration of the project. Modeled after the national capitol building in Washington, D.C., the dome stands 302.64 feet (92.24 m) tall, making it the sixth tallest state capitol, and one of several taller than the United States Capitol.

With 360,000 square feet (33,000 m2) of floor space – more than any other state building – the interior features nearly four hundred rooms, nine hundred windows, and a whispering gallery in the central rotunda. Recent polls by the American Institute of Architects ranked the Texas State Capitol as the number-one state capitol, and named it 92nd of 150 favorite architectural projects across the country 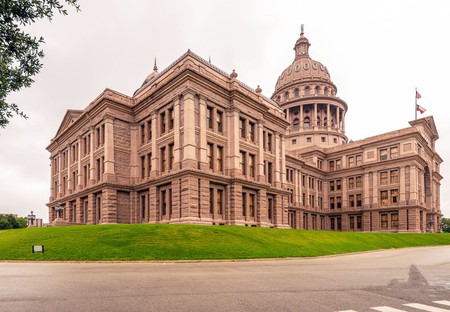 Designed in a Greek Revival style, construction on the nearby Governor’s Mansion began around the same time as the Texas State Capitol. The building was completed in 1856, making it the oldest continuously inhabited house in Texas, and the fourth oldest governor’s mansion in the country to be continuously occupied by a chief executive. A remodel in 1914 increased the size of the mansion to 8.920 square feet (829 m2), also adding bathrooms, which the original structure lacked. The building’s architect, Abner Cook, was influential in some of Austin’s earliest development, and responsible for several of the city’s oldest homes, including the Woodlawn Estate and Neil Cochran House. 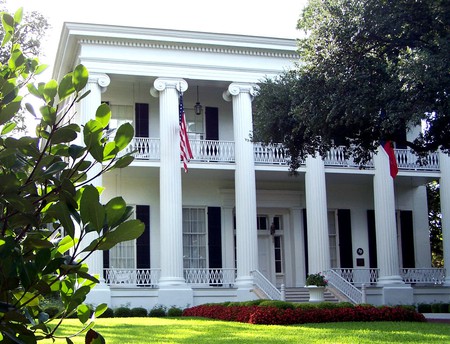 Main Tower at the University of Texas at Austin

Upon winning independence from Mexico, the Constitution of the Republic of Texas contains the earliest recorded statement of intent to create a public university. Established almost forty years later, in 1883, the University of Texas is now one of the world’s premier universities, with 18 of its research disciplines ranking in the top 10 worldwide. The campus houses seven museums and 17 libraries with over nine million volumes, making it the seventh largest academic library in the U.S. One of the main architectural attractions on campus is the 307 foot (94 m) Main Tower, designed by Paul Philippe Crete and completed in 1937. At the top of the Tower is the state’s largest carillon, which contains 56 bells that chime daily.

Until recently, Austin’s historically modest skyline was dominated by the Texas State Capitol and the Main Tower, with 10 of its tallest buildings completed after 2004. The Frost Bank Tower was the pioneer of this new generation of skyscrapers, and the first high-rise building to be constructed in the United States after the 9/11 attacks. Designed by Duda/Paine Architects, LLP and HKS Inc, the building was developed by Cousins Properties and houses 525,000 square feet (48,774 m2) of leasable space, including the Texas-based Houndstooth Coffee at ground level. 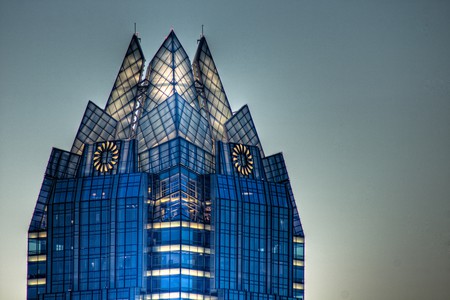 Long Center for the Performing Arts

As the “Live Music Capital of the World,” it’s no wonder Austin’s list of architectural gems includes more than one music venue. Recognizing the city’s need for a high-quality permanent performance venue, Austin’s primary symphony orchestra, opera group, and ballet company joined forces in the late 1990s, petitioning the City of Austin to lease and renovate the Lester A. Palmer Auditorium. Renamed the Teresa Lozano Long Center for the Performing Arts, the renovation includes the Michael & Susan Dell Hall (2,242 seats) and the Debra & Kevin Rollins Studio Theatre (229 seats).

One of its architectural highlights is the circular “ring-beam” around the city terrace, which provides a panoramic view of downtown Austin across Lady Bird Lake. Originally an anchoring structure for the Palmer Auditorium, the ring beam design showcases the development’s efforts to reduce cost and decrease environmental impact by recycling 95% of materials from the pre-existing building. 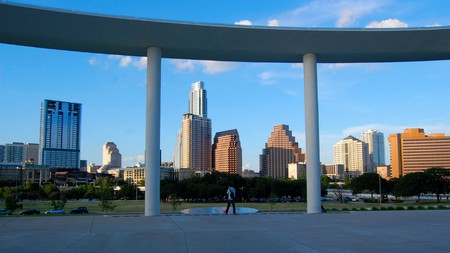 In addition to its more prominent buildings, Austin is home to hidden gems and outdoor masterpieces, like the Trail Restroom on Lady Bird Lake. This piece of functional public art consists of almost 50 Corten steel plates, which vary in height and width. The plates stagger along a coiling spine, forming the shelter of the restroom and providing both light and air. Designed by Austin-based Miró Rivera Architects, the sculpture is the first public restroom built on the Lady Bird Lake Hike and Bike Trail in over 30 years. The handicapped-accessible facility features an external drinking fountain and shower, as well as a commode, urinal, sink and bench inside.

The #TrailRestroom consists of almost fifty 3/4" thick corten steel plates, which vary in height and width. They stagger in plan along a coiling spine to form the shelter of the restroom while providing light and air. #mraprojectoftheweek #miroriveraarchitects #MRA

Another recent addition to Austin’s architecture is the Moody Theater, which hosts the famous television program, Austin City Limits. The longest running music series in American TV history, the show recorded its first 36 seasons in Studio 6A in the Communications Building B on the University of Texas campus, moving to the Moody Theater in 2011. The new studio has capacity for 2,750 fans and is located in Austin’s Block 21, a 300-million-dollar mixed-use development that includes shops, restaurants, and the W Austin Hotel and Residences. 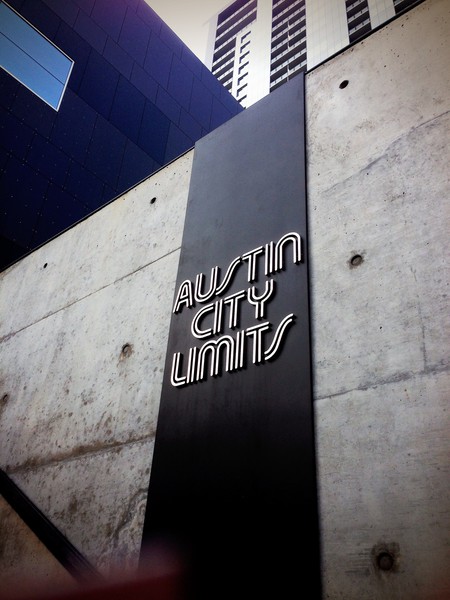 Originally intended as a fireman’s practice tower, the beautiful red brick Buford Bell Tower is located onWest Cesar Chavez. The six-story structure was named after Captain James L. Buford, a local firefighter who drowned trying to save a young boy in Shoal Creek. Designed in an Italianate style by Roy J. White, the tower was constructed in 1930 by Rex D. Kitchens Construction Co. White’s wife later directed the restoration efforts and installed a carillon bell system. The bells chime Westminster Quarters on the hour and Christmas carols during the Christmas season. The tower also now serves as the site of an annual memorial service for first responders who lost their lives during the 9/11 attacks. 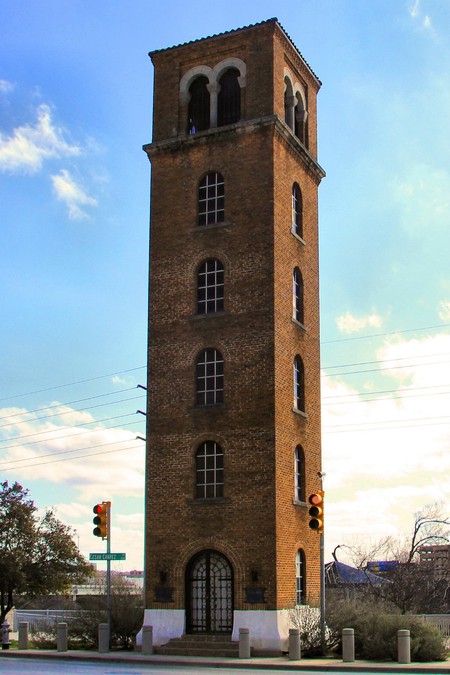