A 7-Day Itinerary for Austin 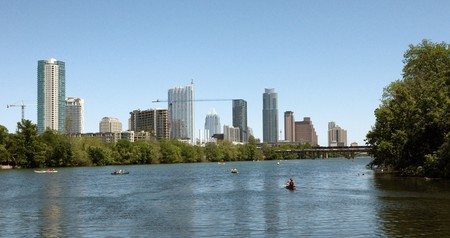 Tackling all Austin has to offer in a week can seem like a daunting task, but with a little preparation and a bit of perspiration – this is Texas after all – it can be done! Whether it’s trendy nightlife you crave, first-class restaurants or just somewhere to relax and let the worries of the world slip away, this incredible city has you covered.

Spend your Monday learning about the history of the city 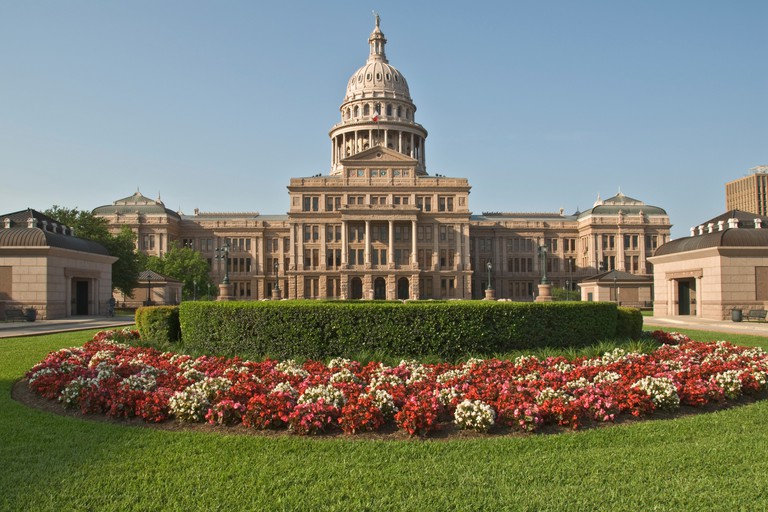 State Capitol Building, Austin, Texas, USA | © Stephen Saks Photography / Alamy Stock Photo
Book Now
Take a free tour of the Texas Capitol and admire its Neo-Renaissance architecture. It’s one of the finest state capitol buildings in the United States – and one of only seven that are taller than the nation’s capitol.
Open In Google Maps
1100 Congress Avenue, Downtown Austin, Austin, Texas, 78701, USA
+15124634630
Visit Website
Give us feedback 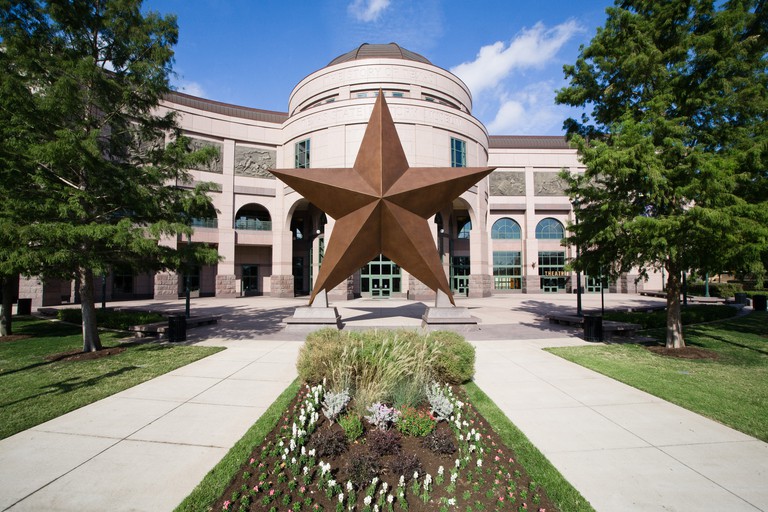 See out the day by watching the sun set over Lake Austin while getting stuck into “Tex-Mex with a Hawaiian twist” at Hula Hut. Make sure to try one of the restaurant’s signature Hu-La-La cocktails (a fishbowl of rum and fruit juice).

Find your inner zen on Tuesday at an Austin park 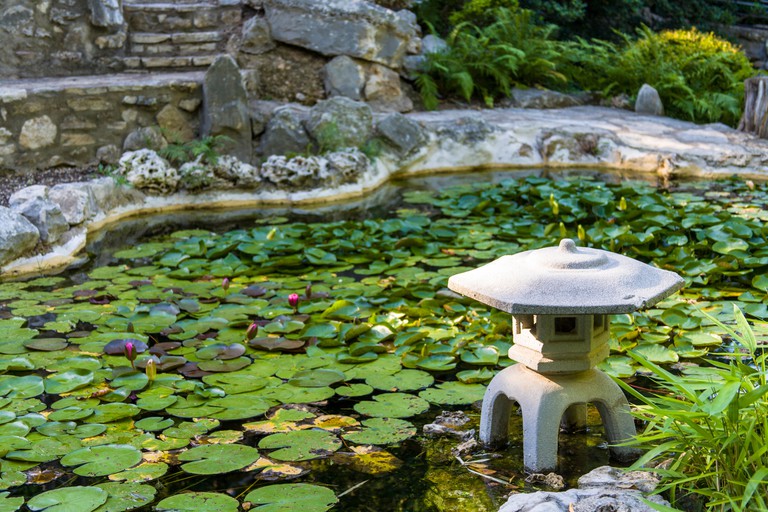 Zilker Metropolitan Park has its own botanical garden | © Danita Delimont / Alamy Stock Photo
Head to Zilker Park and relax amid 350 acres of wilderness. Visit Zilker Botanical Garden and go zen among its magnificently manicured gardens, elaborate water features, natural grottoes and trees in an area designed to completely cancel out the noise of the city.
Open In Google Maps
2100 Barton Springs Road, Austin, Texas, 78704, USA
+15129746700
Visit Website
Give us feedback 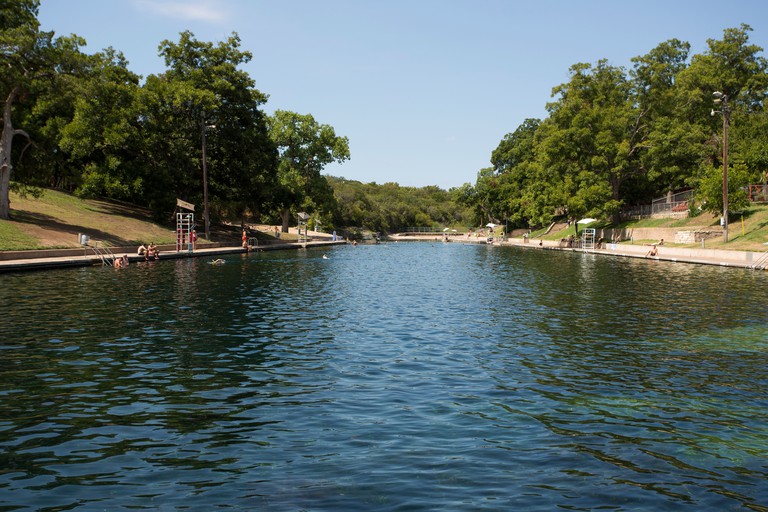 Visitors to Barton Springs Pool can rent kayaks, boats and stand-up paddleboards | © Adam Gasson / Alamy Stock Photo
Take a short walk to Barton Springs Pool, where you can show off your diving skills or just luxuriate in the water – its year-round average temperature is 68-70F (20-21C). To get your blood going again, rent a kayak, boat or stand-up paddleboard. If it’s the right time of year, you can paddle near the Congress Avenue Bridge and get a close-up view of the largest urban bat colony in the world as it goes out to feed for the night.
Open In Google Maps
2201 Barton Springs Road, Barton Hills, Austin, Texas, 78704, USA
+15129746300
Visit Website
Give us feedback 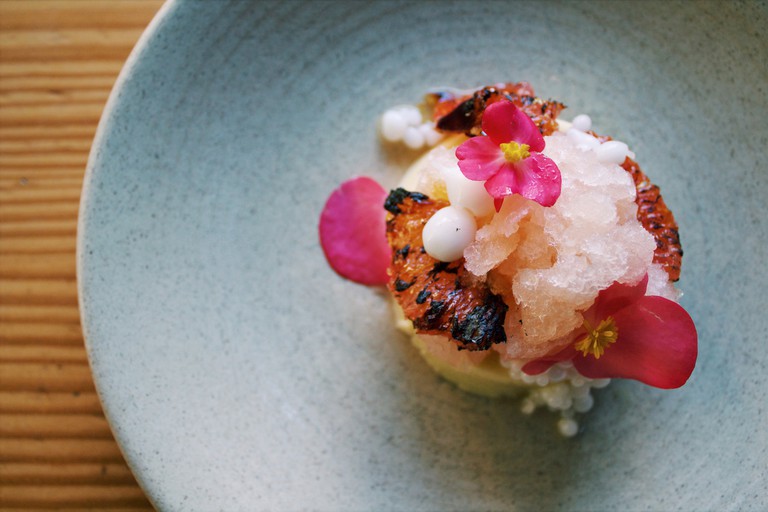 Finally, since it’s Taco Tuesday and you’re in Texas, you might as well indulge. Head to La Condesa in the Second Street District and enjoy some mezcal while sampling a selection of tacos that, depending on where you’re from, could make you wonder if you ever actually had the real thing before.

On Wednesday, venture out to the Barbecue Capital of Texas 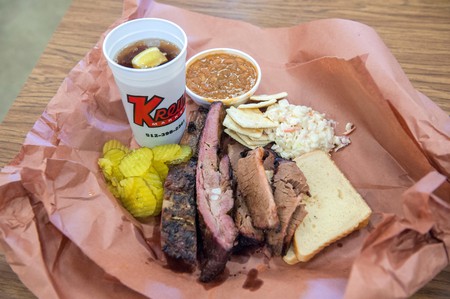 Take a day trip to barbecue’s holy land, Lockhart. Instead of spending most of your day in line at an Austin eatery, try heading out to the country. Designated by the Texas Legislature as the Barbecue Capital of Texas, Lockhart is about a 70-mile round trip from Austin and is home to first-class dining establishments such as Kreuz Market, Smitty’s Market and Black’s Barbecue. Be sure to try all three, but Smitty’s – which sparked a feud with Kreuz (founded in 1900) by opening up with nearly the same menu in that restaurant’s own historic building shortly after it moved out in 1999 – is consistently great. Black’s brisket may also just give Austin standout Franklin’s a run for its money. 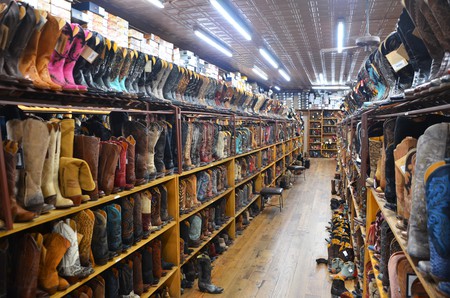 Find your weekend outfit on South Congress Avenue. Shop for proper Texas footwear at Allens Boots or Heritage Boot. Pick up a one-of-a-kind artistic piece at Parts & Labour, or scour the racks at Feathers Boutique. Check out the Native American jewelry sourced from across the Southwest at Turquoise Trading Post and then satisfy your sweet tooth at the Big Top Candy Shop. Stop by Lucy in Disguise With Diamonds to gawk at the elaborate costumes, followed by a burger and a brew at Hopdoddy. Finish off the day by popping into Jo’s Coffee next door – make sure to take a picture in front of the “I Love You So Much” mural, which has become as much a symbol of Austin as its music.

Friday-night sport is a Texas institution 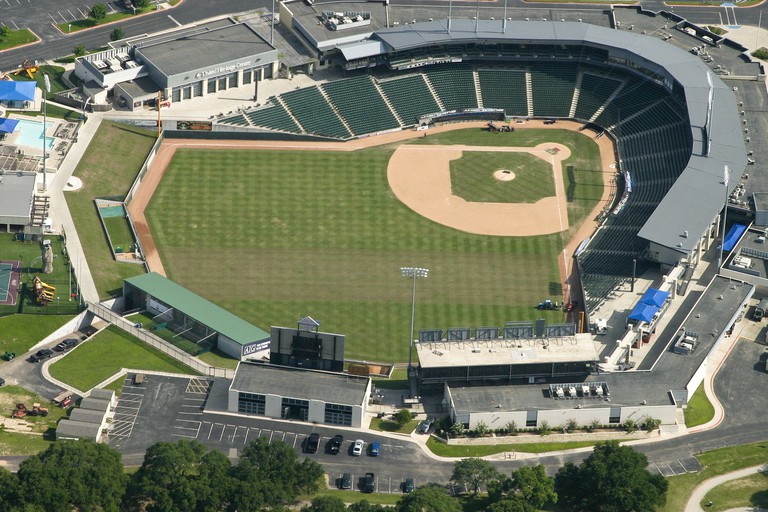 The Round Rock Express play at Dell Diamond | © Peter Tsai Photography / Alamy Stock Photo
Catch a Triple-A baseball game in Round Rock, just north of Austin. Friday-night games are followed by fireworks, and Dell Diamond, where the Round Rock Express play, is consistently named one of the best parks in Minor League Baseball.
Open In Google Maps
3400 East Palm Valley Blvd, Round Rock, Texas, 78665, USA
+15122552255
Visit Website
Give us feedback

Bar, Diner, Restaurant, American, $$$
Facebook
Email
Twitter
Pinterest
Copy link
Share
Map View
If it isn’t baseball season or you’re not into sports, head to East Austin, just across the freeway from Downtown, and pull up a table at Jacoby’s Restaurant & Mercantile. This restaurant’s Southern fare will delight your senses and fill your stomach with just the right amount of padding to prepare you for a night on the town. Try the chicken-fried steak or, if that’s not your thing, Jacoby’s does an excellent vegetarian meatloaf.
Open In Google Maps
3235 East Cesar Chavez Street, Govalle, Austin, Texas, 78702, USA
+15123665808
Visit Website
Give us feedback

Stay east and explore the funkier part of the city. Enjoy habanero-infused tequila at Stay Gold on its open-air patio. Grab a drink at Hotel Vegas and maybe catch some live music. Practice your two-step at The White Horse while country music plays, or dance the night away to hip-hop at The Eastern.

Embark on a hike, then party in Downtown on Saturday night 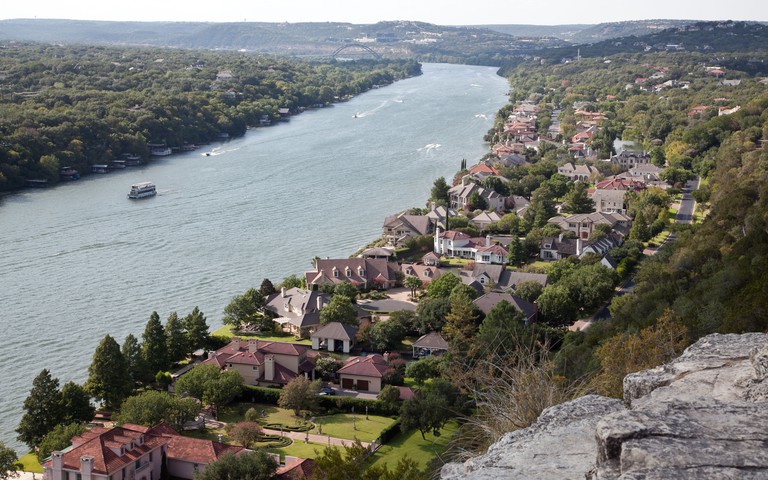 © Peter Tsai Photography / Alamy Stock Photo
Work off the previous evening’s excesses with a trip to Mount Bonnell, Austin’s highest point. Reach the top by climbing the stairs and enjoy postcard-perfect views over the eastern shore of Lake Austin. If you’re not completely sapped of energy, hike the Barton Creek Greenbelt to Twin Falls and bask in the river before returning to Downtown. Those with a love for art may want to check out some of Austin’s many galleries. ART on 5th, the Wally Workman Gallery and The Contemporary Austin lead a strong selection of galleries that run the gamut of styles.
Open In Google Maps
Mount Bonnell Terrace, Austin, Texas, 78731, USA
Give us feedback 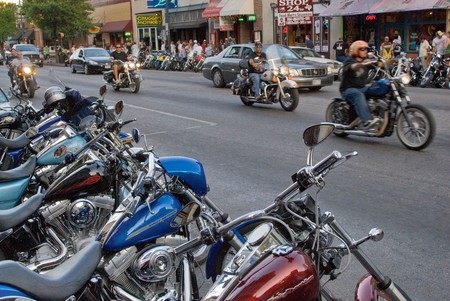 At night hit up the historic Sixth Street. Although the area has garnered the nickname The Dirty over the years in some circles for perceived lawlessness, it still offers a range of live music venues, cheap drinks and various other potential thrills for anyone willing to brave the crowds. It’s also home to one of the nation’s best vaudeville troupes, Esther’s Follies.

After you make the loop, take a ride to Rainey Street and its crowded but much less chaotic bar scene. Have a chilled-out night at Lucille Patio Lounge, or look for love in the Container Bar. Whatever your vibe is, Rainey has it all. Finish off with some Detroit-style pizza from the Via 313 trailer. 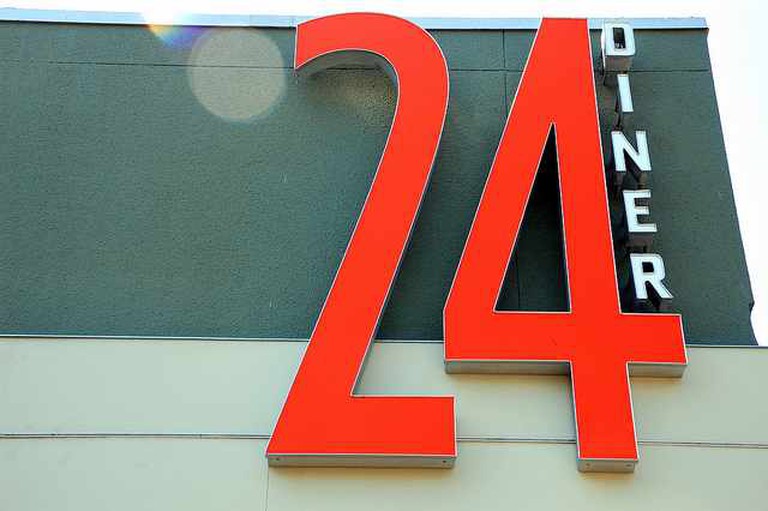 Moonshine Grill, Austin | Steve Snodgrass/Flickr
Enjoy the Sunday brunch buffet at Moonshine Grill. Get there early as it tends to get crowded. The green-chili cheese grits and fluffy biscuits are more than worth the hassle, while the pomegranate mimosa will set you up for the rest of the day.
Open In Google Maps
303 Red River Street, Downtown Austin, Austin, Texas, 78701, USA
+15122369599
Visit Website
Give us feedback

Before you can truly experience all the city has to offer, you first have to establish your home base. Austin has plenty of great hotels, Airbnbs, hostels and other accommodation for the weary traveler. But rooms fill up quickly, and the constant flow of festivals and events in the city could leave you stranded without a place to stay or paying a premium for somewhere if you don’t plan ahead. Here are three choices Culture Trip recommends. 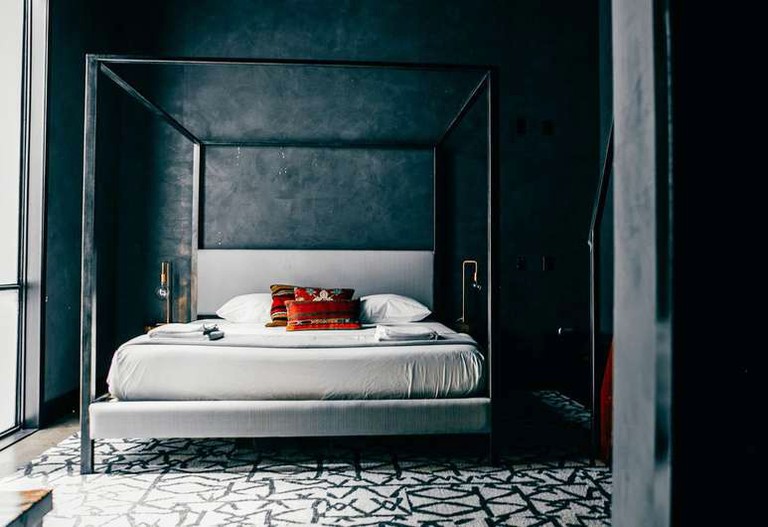 For the student, budget traveler and the adventurer, the Native is a synergistic environment that showcases art, nurtures music and merrymaking, and features communal living areas plus private rooms. The Native is perfect for wandering groups struck or the solo traveler looking to make like-minded friends and indulge in everything Austin has to offer. The Native Bar & Kitchen provides residents with coffee, more mercurial liquid libations and food, while the 3,400-square-foot grand ballroom is the center of the party. 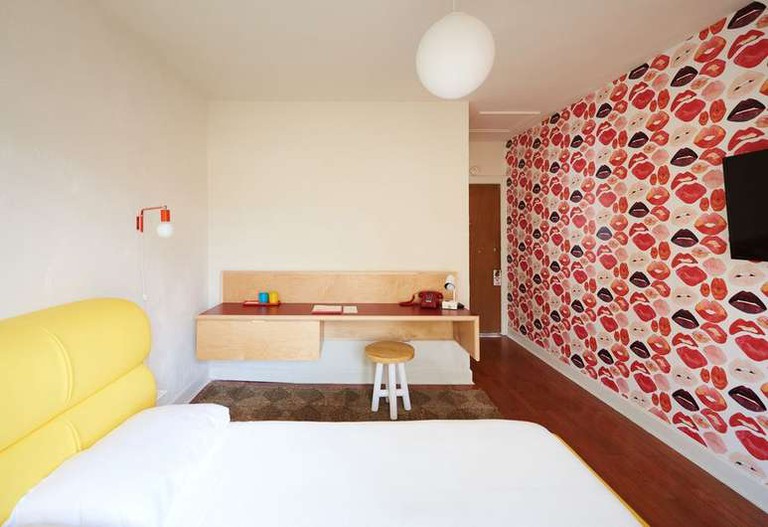 Got a bit more cash, a little less tolerance for noise and a need to understand what is meant by “Keep Austin Weird?” Then Austin Motel is your starting point. This historic venue is located in the heart of the city’s trendy South Congress neighborhood, and its iconic phallic sign floats high over the shops and eateries below – a neon welcome mat for visitors. The motel’s 1960s ambience belies the simple luxury within, but the accommodation’s most important features include its knowledgeable staff, location at the center of the places to see and be seen, top-notch pool and deck, and easy access to Austin’s beloved hike-and-bike trail. 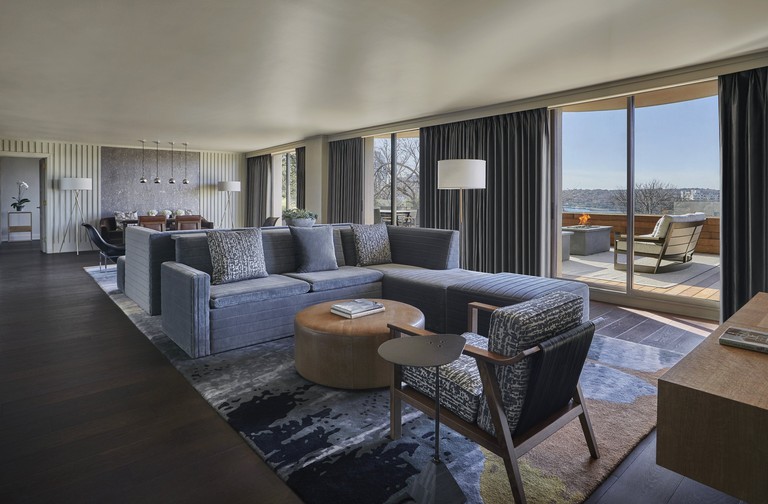 Courtesy of Four Seasons Hotel Austin / Expedia.com
View Rooms
For those with more to splurge and a desire to be pampered, the Four Seasons, which is located on the bank of Lady Bird Lake, is your paradise away from home. With lake-view rooms, a guitar concierge and a cart that brings margaritas to your room at the touch of a button, the only downside to being a guest at this hotel is you may find yourself more inclined to stay in your room than to explore the city.
Everything you need to know
Give us feedback