With almost 1 million people inside the city limits and more than 2 million in the metropolitan area, Austin is no longer the hidden Central Texas oasis that you’ll see glimpses of in Dazed and Confused and Death Proof. “The Live Music Capital of the World” has morphed into a burgeoning cultural center filled with art, live entertainment and of course South by Southwest. So whether it’s your first time or you’re a seasoned visitor, here are a few things to expect so you can make the most of your stay.

In Texas, there is a saying: “If you don’t like the weather, wait five minutes.” While this sounds like a bit of a stretch, it’s really not far from the truth. From 40-degree drops in one afternoon to sunny skies turning to hurricane conditions within the hour, the city has seen it all. Prepare yourself for all conditions by packing layers. While you may need a jacket in the morning, you’ll probably be sitting in a tank top enjoying the sunshine by noon.

Live music is a lifestyle in Austin, where two of the largest music festivals in the country take place. From well-loved venues like Stubb’s and Emo’s to the neighborhood coffee shop, Austin is home to an eclectic music scene that embraces a mix of genres, voices, styles and rhythms. All you have to do is find a comfortable chair and order a drink. 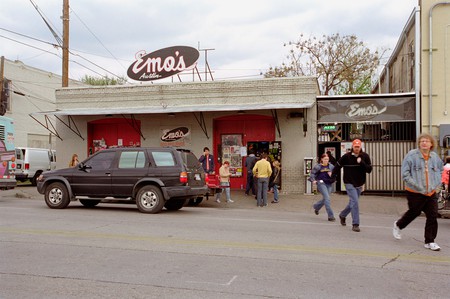 Austin’s average temperature of 78.8F (26C) makes spending time outdoors a year-round activity. Whether they’re lounging on a patio of a restaurant or coffee shop or hiking one of the trails that zigzag across the city, Austinites love to be out in the sunshine. For your visit, expect to wear a lot of shorts, T-shirts, flip-flops and cardigans on rotation. 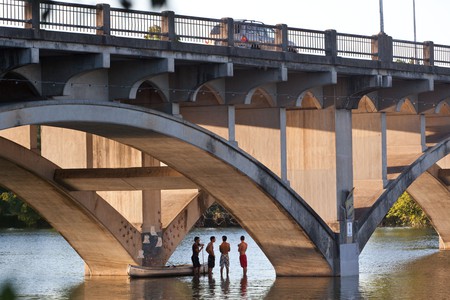 The scooter phenomenon has quickly picked up steam in Austin, where public-transportation options can be limited. The city has recently instituted a pilot program that will allow electric bikes and scooters on parkland trails. Especially when you find yourself under the heat of the midday sun, you’ll be grateful that all you have to do is pull out your phone and open an app in order to get yourself a ride.

In Texas, cars are king. It’s not unusual to see Lone Star Edition pickup trucks squeezing down one-way alleyways or Teslas whizzing around a corner, paying little heed to pedestrians. Make sure to look both ways at least twice before you even begin to cross a street. 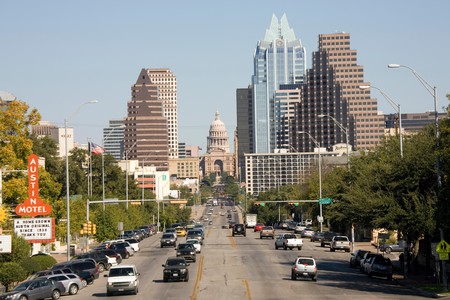 A language all Austin’s own

Austin belongs to the South, so be sure to expect the occasional drawl and lots of “y’all” and “fixin’ to” when you’re visiting. But the city has its own vernacular specific to its local customs and places. One example is Guadalupe Street, which everyone calls “The Drag,” and there is Manchaca, which is pronounced like “Man-shack” (and which was changed in 2018 to Menchaca). Other examples include a multitude of Spanish words that are arbitrarily pronounced; some retain the correct pronunciation while others are anglicized. Then you have the Austin-centric words that you just have to learn, including “Drag Rat” and “Dirty Six.” Don’t worry, though – after a few days here, you’ll be fluent.

Meals in Austin are opportunities to explore the range of communities that keep it a vibrant cultural hub and destination for foodies. From sushi to Mexican, the city features an extraordinary variety of cuisines at its restaurants. The city is also home to several chefs who’ve won, or been nominated for, James Beard Awards and who create innovative menus that seek to satisfy and surprise. 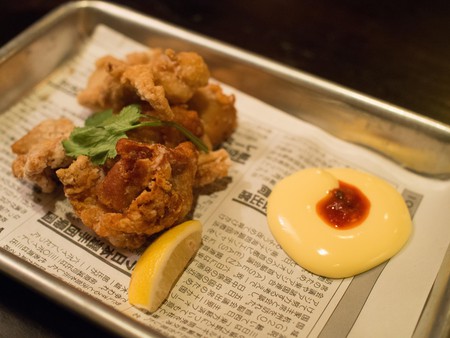 Austin has a number of beautiful parks that offer a reprieve from the busier parts of the city. Most notable is Zilker Park, which is ideal for picnicking. It’s a scenic and open space with a gorgeous view of downtown Austin. You can also try the Barton Creek Greenbelt or McKinney Falls State Park if you want to get even more in touch with nature. 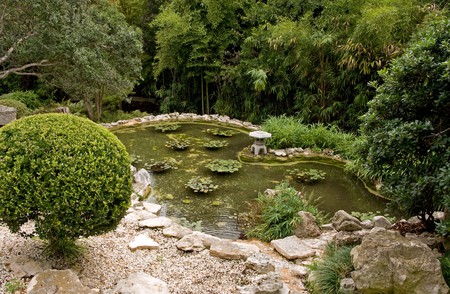 Some Austin streets have multiple names – a charming quirk, to be sure, but one that can be a source of confusion for locals and visitors alike. For example, someone might say 2222 but really mean Koenig (pronounced K-nig) Lane. Worse still is if someone says Allandale Road, which no one has heard of because it’s actually a segment of what everyone else knows as 2222. When in doubt, just google it. Everyone else around here does as well.

Austin now has more breweries than any other city in Texas, making the state capital the beer capital as well. Its craft-beer scene has been recognized in national competitions, such as The Great American Beer Festival. Try a brew from Live Oak, Real Ale, Hops & Grain or Thirsty Planet. For those who aren’t particularly fond of beer, check out an Eastciders. 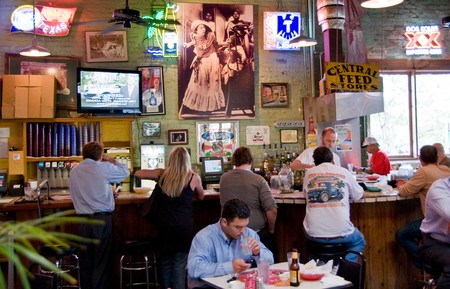 When visiting Austin, don’t be surprised if you’re greeted warmly on the street or if a chatterbox sits next to you. Austinites abide by the rules of Southern hospitality, which means that people are going to be curious where you came from, how your day is going and whether you’re intending to move here. (Don’t be alarmed if you receive that question.) The welcoming attitude towards strangers means that Austinites value community.

This article is an updated version of a story created by Anna Carruth.