What Does a Dallas Pizzeria Have in Common with the JFK Assassination? 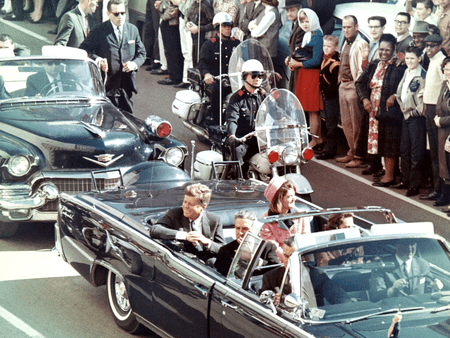 John F. Kennedy in his motorcade minutes before his assassination | © Walt Cisco / WikiCommons

From the outside, you wouldn’t know that Campisi’s is an Italian eatery. It may have something to do with the large sign that reads “Egyptian Restaurant,” a relic of a past business that’s never been taken down. Inside, Campisi’s feels like classic New York or Chicago Italian restaurants with its low lighting, old-fashioned red booths, and dinner table jukeboxes that play Frank Sinatra. It’s a place where you might imagine gangsters gathered around a table, and one saying, “I’m going to make him an offer he can’t refuse.” Surprisingly, some believe a similar scene happened in November of 1963 at Campisi’s, the month that John F. Kennedy was assassinated.

Campisi’s opened in 1946 and holds a special place in Dallas and Texas history as the first restaurant to introduce pizzas to all of Texas. While the restaurant began with Carlo “Papa” and Antonia Campisi, immigrants from Sicily, Italy, it thrived under the leadership of their son Joe Campisi and became what is today: a restaurant with multiple chains throughout the Dallas-Fort Worth area. Joe Campisi has since passed, but during his time as owner of the restaurant, the Campisi’s entered the national spotlight in connection with the John F. Kennedy assassination.

So, what does a pizzeria and the JFK assassination have in common? Joe Campisi.

Joe Campisi was said to be called the “Godfather of Greenville Avenue,” sporting slicked back gray and black hair and a large figure. His pizza and business brought him into various circles with important figures in Dallas, but perhaps, it was his Italian name and connection with Carlos Marcello, the New Orleans Mafia boss, as well other illicit figures in the Dallas crime scene that led to rumors of his Mafia involvement.

However, many chalked it up to rumor and ethnic profiling until the John F. Kennedy assassination. On November 22, 1963, JFK was assassinated in downtown Dallas by Lee Harvey Oswald. However, the night before the assassination, Jack Ruby, known for his involvement in crime and illegal activity in Dallas and for his friendship with Joe Campisi, ate at Campisi’s. 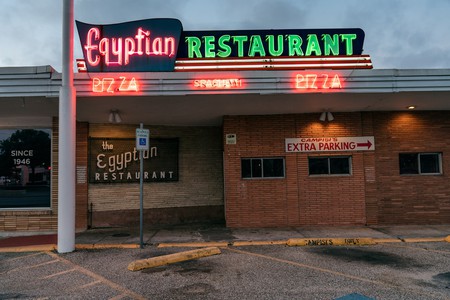 On November 24, Ruby shot and killed Oswald, who by then was captured by police and being transported to a jail. Ruby was then placed in jail, and while in jail, he requested someone to come visit him: Joe Campisi. Joe Campisi and his wife visited Jack Ruby on November 30, 1963, in jail for reportedly 10 minutes.

What Jack Ruby and the Campisi couple talked about at the restaurant and in jail has been lost to time. According to a LA Times article in 1999, the FBI and Drug Enforcement Administration files linked Joe Campisi to organized crime. In the article, David Campisi, the current owner, recalls that their phone calls were traced. The House Select Committee on Assassinations also questioned Joe Campisi about Ruby’s visit at the restaurant, but according to the LA Times, Campisi was said to “not recall much, but did remember vividly that Ruby had told him subsequently that he killed Oswald to spare the Kennedy family the pain of a trial.”

In a D Magazine article in 1989, Joe Campisi told journalist Tom Stephenson, “Sure, I knew Jack. He came in here. Sure, right in this room. The police say that I was the first visitor he had |in jail]. You know why the guy did it? Because he was pissed off, that’s why. Funny thing is, I never knew him to carry a gun. Hell, he never gambled to speak of, just liked the girls some and the clubs.”

Stephenson went on to mention that Joe Campisi didn’t like when people began calling Campisi’s a Mafia hangout or the site where a Mafia hit was planned for President John F. Kennedy. However, people talked and continue talking to this day. The connection between Campisi and Jack Ruby is far too juicy for some, and eerily coincidental for others.

There’s multiple JFK assassination theories that have been written about in books and in articles over the years, such as Fatal Hour: The Assassination of President Kennedy by Organized Crime written by attorney and law professor G. Robert Blakey, the top authority on the Racketeer Influenced and Corrupt Organization Act (RICO). Blakey theorized that Marcello’s Mafia hired Oswald to assassinate John F. Kennedy, and to clean up the job, had Joe Campisi order Ruby to assassinate Oswald, according to a 2003 Salon article by David Talbot, “The Man Who Solved the Kennedy Assassination.”

The John F. Kennedy assassination will forever be a mystery, one that Americans and Dallas locals will want to break apart, hoping to find in the center of it all a clear connection between Joe Campisi, his pizzeria, Campisi’s, Jack Ruby, the Mafia, and John F. Kennedy.

While we may never solve this Dallas mystery, you can mull it over with some pizza and wine at the Egyptian Restaurant location of Campisi’s.