At Val’s Cheesecakes, a Mother’s Love Lives on Through Baking 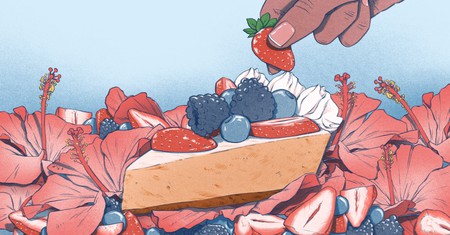 Val’s Cheesecakes serves up some nontraditional cheesecakes, but the main ingredient is always love.

Desserts are comfort food. They make us feel better when we’re stressed and lift our spirits with their sweet flavors. For many folks, their go-to comfort food is cheesecake, and at Val’s Cheesecakes, a Dallas favorite, there’s a lot to choose from. Each cheesecake is made with love, but the story behind this cheesecake shop is one that embodies the idea that desserts, baking, and family can help and heal. 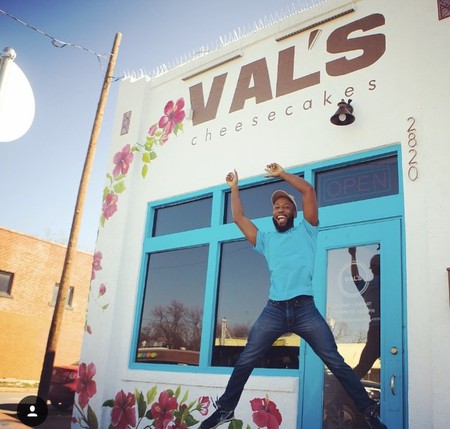 Owned and operated by Valery “Val” Jean-Bart, Val’s Cheesecakes has two locations: The Shack on Maple Avenue and The Shop on Greenville Avenue in Lower Greenville. Here, people from all over the Dallas-Fort Worth area flock to taste his mainstream cheesecake flavors, like cookies ‘n’ crème, Nutella, sea salt mocha, classic blueberry, strawberry, and lemon, as well as some that are out of the box, like brisket cheesecake, bacon cheddar cheesecake, smoked salmon cheesecake, and taco cheesecake. As customers delight over their slices of cheesecake, whole cheesecakes, or cheesecake-in-a-jar, they’re taking part in the wonderful story behind Val’s Cheesecakes.

In June of 2008, when Val was working as a civil engineer, his mother visited him in Dallas from Haiti. During his mother’s visit, which lasted for a couple of weeks, Val took his mother to the hospital when he noticed her breathing wasn’t right. It was then that they learned his mother had stage 4 terminal breast cancer. She was given six months to live.

#internationalwomensday …Thanks to the smart, strong and determined women who allow us to open our doors every day… 🌺🌺🌺🌺🌺🌺🌺🌺🌺🌺🌺🌺 #moms #mothers #mom…#mymom #dallas #dallaseats #dallasfood #local4local #local #local

Val’s mother stayed with him in Dallas so she could undergo treatment at the local hospitals. However, it was the treatment that Val showed his mother at home, that inspired his cheesecake journey. Every Sunday, Val and his mother began a ritual of baking desserts together, spending the prior week planning their baking escapades. But it was cheesecake that held a special place in Val’s mother’s heart.

“She loved cheesecakes since moving to New York in 1966, where she worked at a bakery selling cheesecakes. It was her first love as a Haitian girl in the big Apple,” Val said.

For Val’s family, baking was an integral aspect of life, especially among the women in his family.

“She was not a professional baker, but Haitian girls in the 60s were sent to cooking schools in the afternoon after school or weekends as part of their upbringing. My grandmother was a phenomenal chef who cooked elaborate cakes and dinners for many in Haiti.” 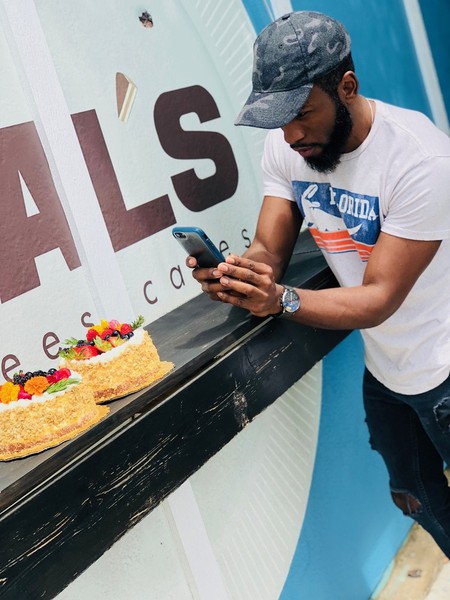 Val takes a photograph of some of his cheesecake creations. | © Val’s Cheesecakes

After his mother’s passing in 2012, Val continued baking cheesecakes, showcasing his creations in Oddfellows, and soon after, at other restaurants in the Dallas area. After two years of working as a civil engineer by day and a baker at night, Val finally opened his own space at The Shack, which was soon followed by The Shop.

“The transition has been a lesson on learning how to manage engineers to managing retail staff,” Val said. “It’s not the same. My days are longer, basically 24/7, and I work harder, but I wouldn’t want it any other way.”

Val’s business continues to see his mother’s presence in a variety of aspects, whether it’s the style of The Shack and The Shop or in the recipes of the cheesecakes themselves.

“I incorporate her by thinking about her favorite color, this teal color, which is all over our buildings, [as well as] the hibiscuses, the national flower of Haiti. [They] represent her to me,” Val said. “She liked ginger in many of her recipes, so 1/2 teaspoon of ginger is added to one of our baked items. It’s a daily job for me to think about her and remember her taste perspective on things and always try to stick with that.”

He always attributes his journey to becoming a successful business owner to his mother, Marie Jose Labossiere. With each customer who orders and tastes one of Val’s cheesecakes, that love, and the memory of a son and his mother baking will always live on.