Waco, roughly halfway between Dallas and Austin, is full of fabulous BBQ joints, fine-dining restaurants and casual cafes. All serve up “impossible-sized” plates for anyone with a good appetite. Work up yours with our list of the top 10 places to eat in this Texan town. 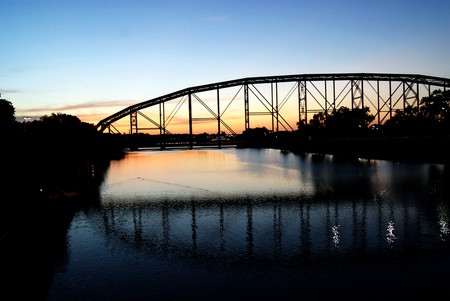 Originally opened as a grocery shop and meat market in 1915 by William Martin Vitek, this restaurant’s success owes a lot to Vitek’s son who first started cooking barbecue food at the store in the 1950s. Now, Vitek’s is run by William’s great-granddaughter Julie, and her husband Jason, who provide nightly entertainment in the restaurant’s newly built beer garden. Vitek’s serves fantastic barbecue food on a daily basis, rustling up great smoked meats, barbecued ribs and succulent chicken. Portions are famously big, so come hungry and prepare to leave full.

Described as a place that serves Texas home cooking worth leaving home for, Jake’s Texas Tea House is as traditional as they come. Hamburgers, sandwiches and large plates are all freshly made to the highest standards. The main dishes include chicken fried steak, hamburger steak, chicken tenders and more, while Jake’s also boasts a huge selection of burgers with all manner of toppings. 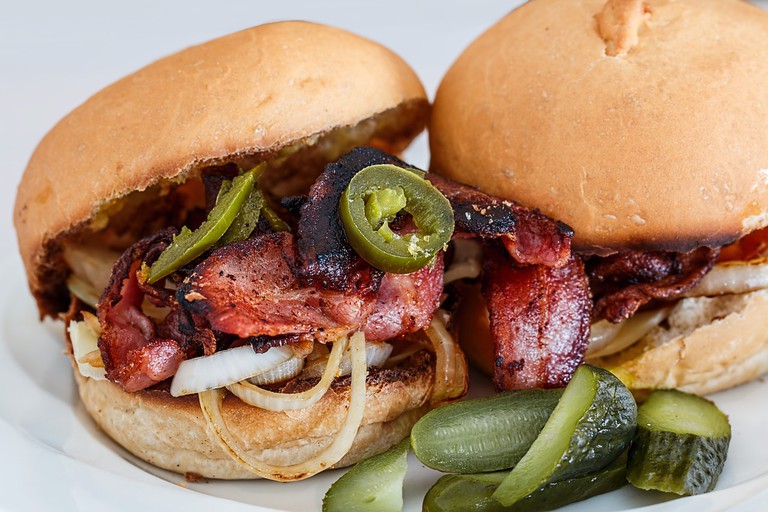 While a restaurant has sat on the same site for the last 75 years, this one was christened by owner George Etros in 1966. The restaurant boasts an extensive food menu with all-American classics that include fresh sandwiches, Tex-Mex specialties and barbecued foods. George’s signature drink, the ‘Big O’, simply must be tried; a gargantuan sundae filled with ice cream, fruit and sticky sauces. This restaurant is also a favored haunt of Texan singer Pat Green, who has written not one but two songs about it.

Restaurant, South American, American, Contemporary, Fast Food, Fusion, $$$
Facebook
Email
Twitter
Pinterest
Copy link
Share
Map View
Jasper’s BBQ is one of the oldest restaurants in Waco, having been opened in 1919 by Jasper DeMaria. Much of the restaurant’s regular fare remains true to the original methods laid down by DeMaria in the 1920s, with fresh barbecued meats still served to customers in butchers’ paper, and traditional gravy and hot sauce recipes. The meat options include sliced or chopped brisket, pulled pork, barbecued ribs, and smoked chicken. Sides include pinto beans, potato salad and coleslaw. There is also a selection of desserts, most famously pecan pie and cheesecake, available for those with a sweet tooth.
Open In Google Maps
105 Clifton Street, East Riverside, Waco, Texas, 76704, USA
+12547320899
Visit Website
Give us feedback

Baris, also known as Baris III, due to it being the restaurant’s third venue, is a locally owned and family run Italian restaurant in the heart of Waco, Texas. The restaurant, which opened in 1980, is the daughter-restaurant of Mama Baris, which can be found on nearby Hewitt Drive. While both restaurants now have separate owners, the food at Baris III is still very much inspired by the recipes laid down at Mama Baris. Baris is known for its tasty pizzas, celebrated by local residents and students alike, but other delectable dishes include a range of classic Italian pasta.

Held up as the epitome of all that a hamburger can be, Dubl-R Old Fashioned Hamburgers is a venue celebrated by burger purists from all over Texas. Retaining a simple hamburger tradition, the Dubl-R website doesn’t even feature a menu, Freshly ground beef is molded into flat patties before being griddled, and they are then topped with fried, chopped onions, as well as shredded lettuce and sliced tomatoes. These delicious hamburgers are then topped with classic American style mustard. Truly, short of perhaps baseball and apple pie, nothing is more American than these burgers.

Opened in 2009, and quickly making a name for itself as the go to venue for burgers and shakes in Waco. Dave’s was founded on the philosophy of serving customers the freshest foods, with the best service, in the cleanest environment. As well as a great selection of burgers, Dave’s also offers guests the chance to go toe-to-toe with a mega-burger in a race against time. The challenge involves five patties, five strips of bacon and five slices of cheese, as well as a pound of fries and a drink. All of this must be consumed in 12 minutes, or customers must face notoriety on the wall of shame.

For fine dining 135 Prime is a top choice; using only the best in American beef, seafood, and wines, its chef prepares classically brilliant dishes in a sophisticated and romantic setting. Appetizers such as blue crab cakes, sautéed escargot (snails) and jumbo prawn cocktails are a great way to start, while main meals include all manner of steaks, fish fillets, seafood and more. In particular, the chateaubriand for two is a great option for couples. 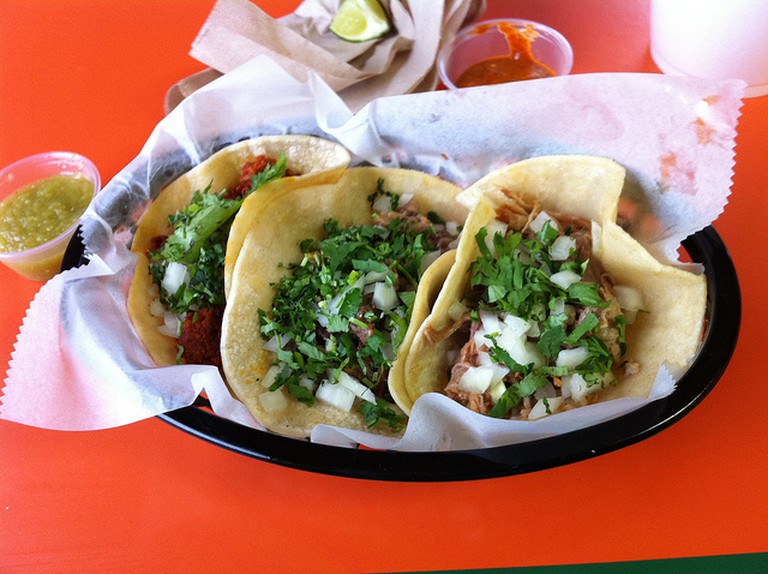 Taqueria El Crucero, Waco
Taqueria El Crucero is a laid back, Tex-Mex and Mexican restaurant. The restaurant has a fantastic, friendly atmosphere, as well as delicious food, that has guests coming back time and time again; it serves a combination of burritos and tacos, as well as a great selection of omelets and egg-based dishes.
Open In Google Maps
2505 North Robinson Drive, Alta Vista, Waco, Texas, 76706, USA
+12546623359
Visit Website
Give us feedback

The ClayPot is one of only a few Vietnamese restaurants in the whole of Waco. Owned and operated by a family team, the restaurant makes use of its namesake, traditional Vietnamese clay pots, to prepare all of its dishes. The menu features a number of traditional dishes, including fragrant soups, pho noodles, and meat stews. However, the restaurant has a growing reputation for preparing spectacular off-menu items, with a regular cabal of customers now simply requesting ‘whatever you’re cooking today’. This results in guests waiting with bated breath to see whatever delicious dish the team might cook up for them.