Neon Bikes Are Taking Over Dallas, Here’s Why They Matter 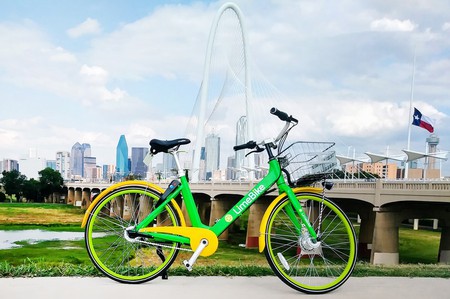 There are 20,000 dockless bikeshare bikes in Dallas like those provided by LimeBike | Courtesy of LimeBike

One August morning in 2017, Dallas residents awoke to find lines of brightly colored bikes sitting on what seemed like every corner of the city. Upon closer examination, Dallas discovered something new in their city: dockless bikeshare bikes.

It took less than a year for Dallas to quickly become the U.S. city with the most bikeshare bikes. While New York City has 14,000, Dallas boasts 20,000 bikeshare bikes – and the number continues to grow. There’s currently five bikeshare companies in Dallas: VBikes, LimeBikes, Ofo, Spin and MoBike, but others are vying to join the fray. Visitors to Dallas quickly take notice of these bikes, as many are lined up on street corners, in neighborhoods, downtown and around parks, just waiting for someone to hop on.

With 20,000 bikeshare bikes thrown onto the Dallas scene, they’ve made an impression on the city, sometimes in unusual ways. For instance, a photo went viral of a LimeBike sawed in half and bolted 10 feet in the air on a telephone pole in Deep Ellum – perhaps as a form of artistic expression in Dallas’ arts-focused neighborhood, or maybe a form of silent protest?

I pledge allegiance, to the Lime Bike… thanks @ckovich for the pic. And for the record the Angry Dog Guy is not taking it down. Oncor removed it later. #dallasbikemess #dallasbikelife #limebike #dallas #rentalbike #bikeshare #bikelife #bike #bicycle

Others have shared photos of the bikes thrown into lakes or rivers around the city. Perhaps, the most hilarious trend is seeing homes being “biked,” a new form of “toilet-papering” where pranksters place lots of bikeshare bikes on someone’s front lawn. It’s also no surprise that neon-colored bikes have even received their own Instagram account Dallas Bike Mess.

It doesn’t take long for visitors to Dallas to quickly realize how sprawling the city is. While the city of Dallas has installed public transportation systems like buses and the DART rail line, many Dallas visitors, like its residents, find it difficult to use DART, as stations are not easy to get to, especially without driving.

But, mention the dockless bikeshare bikes to certain locals in Dallas, and you might get a grumble or two. Not everyone in Dallas love the bikes. The local ABC station reported that from September 2017 to the middle of February 2018, there were 936 complaints sent to the city about the dockless bikeshare bikes. Some complaints have been pretty scathing, as seen in a public opinion piece for Dallas Morning News:

In my world, I use a car to go to the grocery store, to work and to shuttle kids to their activities. Occasionally I go out to dinner, meet friends or take a trip. A bicycle is inefficient in all these cases. And if I need a bike, I have one. In fact, everyone in my family has a bike should we ever want to ride. Further, everyone in my East Dallas neighborhood that needs a bike already has a bike, too. So we, and everyone around us, are not potential renters.

These complaints spurred the City of Dallas to send a letter to the bikeshare companies to clean up the bikes, so they don’t block roadways, sidewalks, or trails, or else they’d collect such bikes and put them in storage. This action was meant in part to regulate the bikeshare bikes (even though no real regulation exists) and maintain safety for those who need cleared walkways and paths. So, if locals are angry about the bikes – should visitors to Dallas support them?

The public opinion piece in the Dallas Morning News may be wrong in saying that “there is no demographic for Dallas bike rentals.”

The 936 complaints about the bikeshare bikes came from neighborhoods like Oak Lawn, White Rock Lake and Turtle Creek, affluent neighborhoods where households average between $75,000–$105,000 in income. The people who made these complaints and spoke publicly about the bikes are individuals with access to reliable and efficient transportation. They don’t need the dockless bikeshare bikes – they can afford their own.

There are people, however, who need the dockless bikeshare bikes in Dallas.

For one, visitors to Dallas have a new way to explore the city via the bikes. They can use them in connection with public transportation instead of renting a car, paying for parking and adding more pollution to an already car-centric city. Or they can just enjoy simple rides between Dallas’ best neighborhoods, saving money and time while seeing Dallas from a whole new angle. 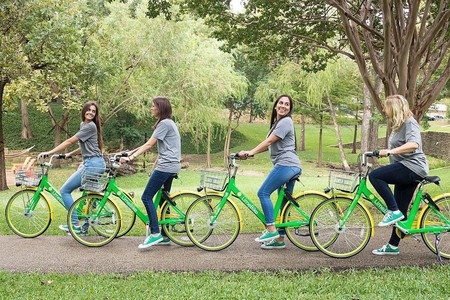 However, it’s Dallas’ lower-class demographic, the ones that can’t afford a car or bike, that really need the bikes. This demographic can’t afford to buy their kids a bike or have the luxury of biking as a hobby. They use these bikes on a daily basis to get to and from public transportation, work, or even the grocery store.

Dockless bikeshare bikes are offering these individuals and families cost-effective ways to get to their jobs or to explore their own city without walking 30 minutes in 100-degree-plus Texas weather just to get to a DART rail station.

While the bikeshare bikes might have some drawbacks in terms of blocking paths or vandalism, with time and mindful placement from the people who use these bikes, these issues can be fixed. However, it’s important to remember that these bikes can do so much for the city in terms of tourism and helping Dallas locals who need a cost-efficient form of transportation to live and thrive.