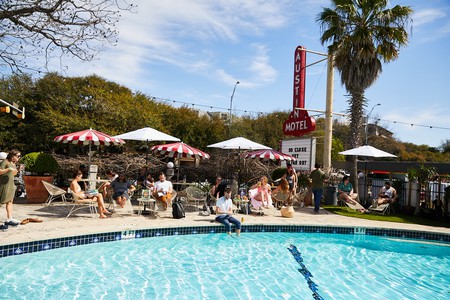 “The general vibe of Austin is super-relaxed and chill. People enjoy their coffee, their salad and nature… and a lot of music,” explains Zeale, who with Phranchyze and Gary Clark Jr forms the hip-hop collective Blackillac. 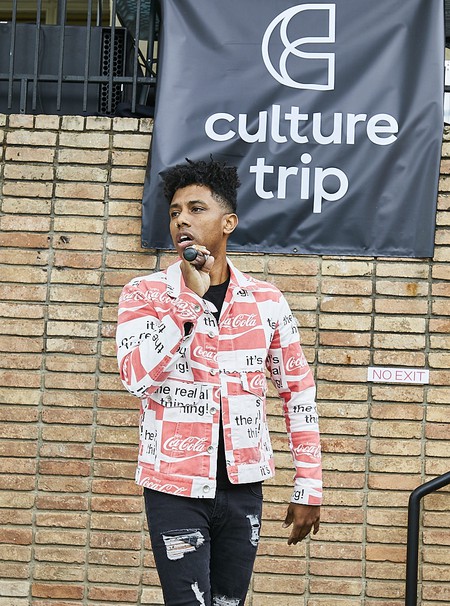 He’s not wrong. Music is as integral to SXSW as the festival is to the entertainment and tech calendar, and that of its host city, Austin.

“SXSW is pretty important to Austin. For a musician, it is unique because you can see what artists from around the world are up to, all at the same time. What textures and vibes they are using,” says Zeale. “There is a lot of musical history in Austin, it’s hard to not be inspired. The city is cool about cultivating that.”

Though now based in LA, Zeale still calls Austin home. He explains what makes the Austin Motel such a notable landmark. “I think you picked a really cool place to start – this is one of the historic hotels in the area. I’m sure you noticed the shape of the sign… [laughs]. It’s a go-to for hardcore Austinites and people visiting as well.” 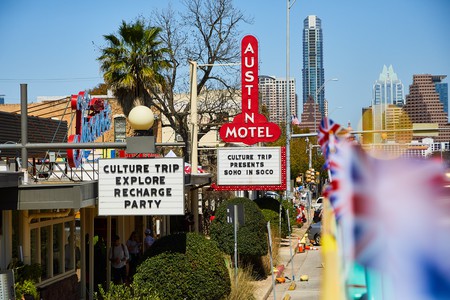 A first-time visitor to Austin, Tiggs da Author made a point of exploring the city before hitting the Culture Trip stage. “I went out yesterday and got a lot of food, as you can imagine,” he says, highlighting the other thing the city has become famous for: excellent grub. For the singer-songwriter-producer from South London, the Texan capital’s music scene resembles that of one of his home town’s trendier neighbourhoods. “It seems like a massive Shoreditch.” 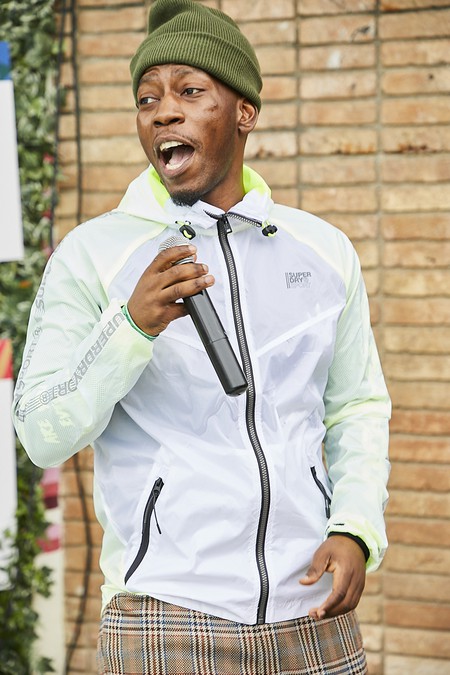 As well as performing in London and here in Austin, Tiggs has traveled all over the world through his music. Some of his favorite destinations include Cape Town and Durban in South Africa and the Indian Ocean island of Réunion.

“The first thing that got me into music was seeing other musicians live,” Tiggs says. More than a decade into his career, he still finds the music scene back home in Britain as relevant as when it first inspired him.