The Weirdest Town Names in Texas 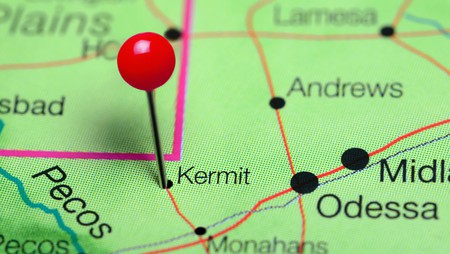 From Kermit to Cool, Ding Dong to Blessing, Texas has many funny town names. There are even some that might make your mouth water, such as Bacon. Here are a few of our favorite weird Texan town names. 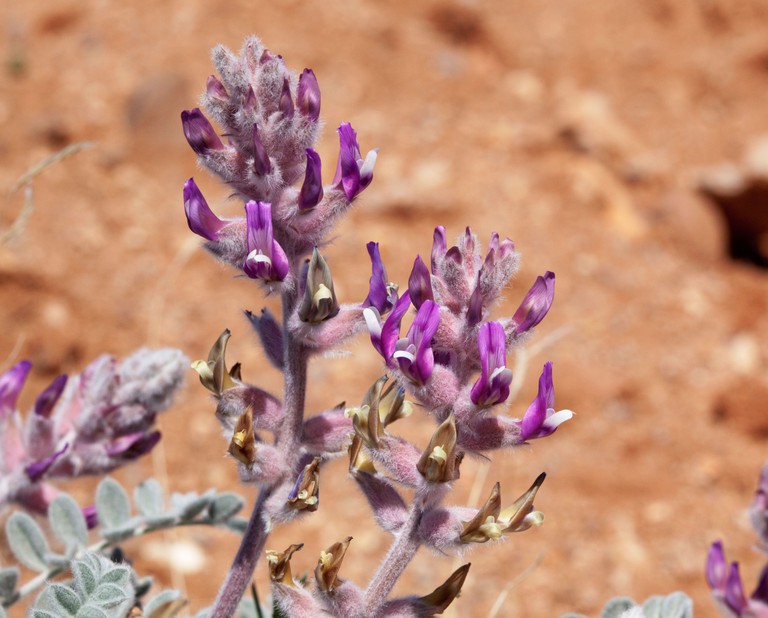 Texas settlers in the late 1800s weren’t loco, or crazy, for naming their town Loco. It was named after the locoweed that grew in the area. The town is in north Texas, near Childress, and thrived for a few decades in the early 1900s. Today, the only things left in Loco are a few farms and cemeteries.

This west Texas town was formed in 1910 and named after Kermit Roosevelt, whose father was Theodore Roosevelt. Kermit had only recently started hunting in the area, and as many citizens were fans of his father, they named the town after him. Today, there are more than 6,000 people in Kermit. They have pretty good humor about the name of their town, as evidenced in Kermit the Frog Boulevard and the Kermit the Frog-decorated water tower. 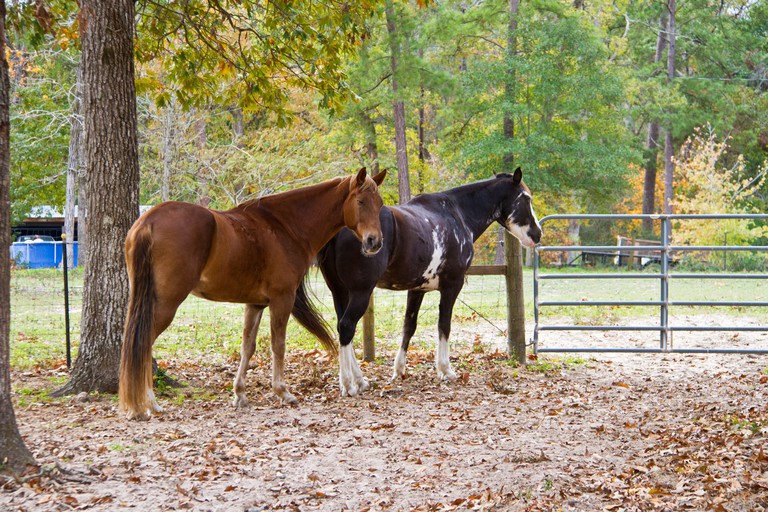 Today, there’s not much to the small town of Cut and Shoot besides its interesting name | © Janice and Nolan Braud / Alamy Stock Photo

Cut and Shoot is said to have been named after a fight that almost erupted in the small town in 1912 between the townsfolk. One side defended a preacher who wanted to hold a meeting in the town’s community house; the other didn’t like the rumors of saloons and gambling that surrounded the preacher. The fight became so heated that a young boy was reported to have said, “I’m scared! I’m going to cut around the corner and shoot through the bushes in a minute!” In a weird twist of fate, it inspired the town name. Today, the small town about a 45-minute drive north of Houston has a population of just over a 1,000. 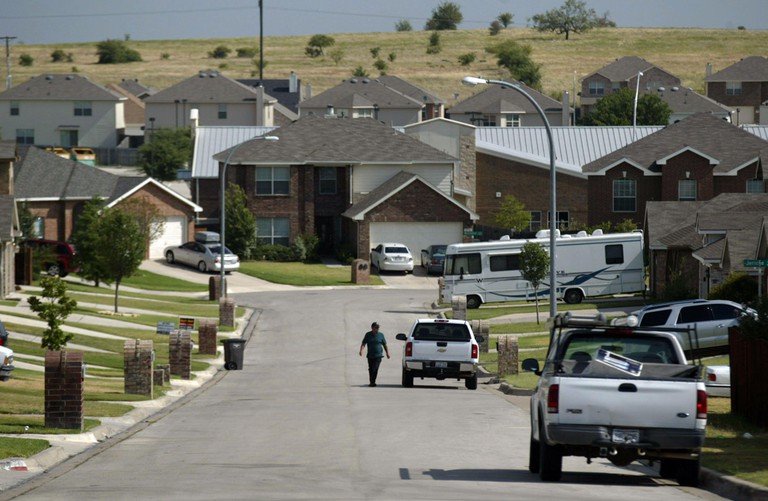 White Settlement is a suburb of Fort Worth with more than 17,000 people. The name is weird, to say the least. Amid fighting between Native Americans and the white settlers who encroached on the area in the late 1800s, the newcomers settled in an area that was referred to as “the white settlement,” a name that eventually became the official town name. In 2005, the mayor and Chamber of Commerce tried to change the name to something that wasn’t based on race. However, the town, which is 85 percent white, voted against it. 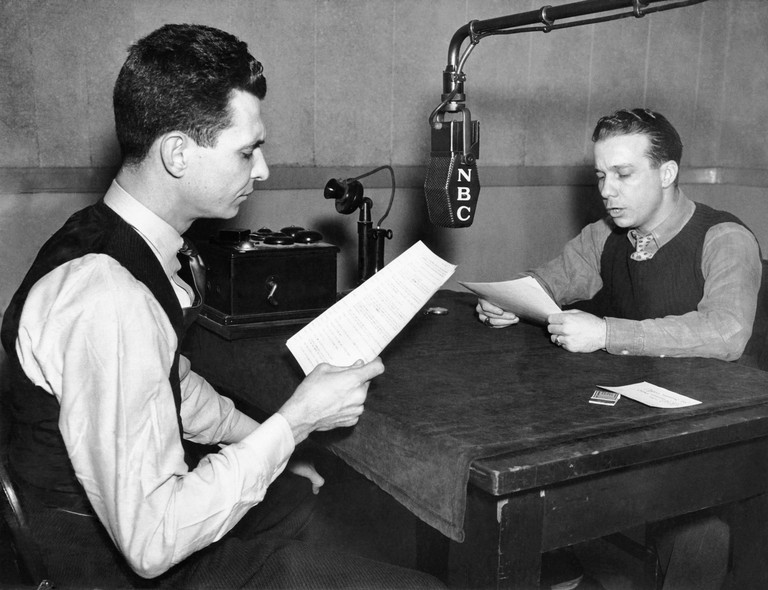 This town was named after the Jot ‘Em Down Gin Corporation after the fictional store in the radio show Lum and Abner, shown here | © Everett Collection Inc / Alamy Stock Photo

Jot ‘Em Down, Texas, has a nice ring to it, even if it’s an odd name. This northeast Texas town has been populated since the late 1800s when the Bagley School opened, though in 2000 there were reportedly only 10 people living there. A store was built in the area in the 1930s and named the Jot ‘Em Down Gin Corporation, after the fictional store in the radio show Lum and Abner. Later, the highway department used the name to identify the area, and the name has stuck to this day.

It’s OK, you can laugh. This small town about an hour north of Austin has a funny story behind the name. The town was founded in the 1930s by a couple named Zelis and Burt Bell, who owned a store in town. One day, they hired a painter to paint their store sign. A local joker convinced the painter to paint two bells on the sign and label them Zelis and Burt after the couple, and then write Ding Dong under the bells. The painter took the advice and the town has been known as Ding Dong since. Today, the town is small, with just homes, a cafe and a volunteer firefighter department.

Notrees, Texas, arose in the 1940s with the building of a Shell Oil Company plant. The name of the town, pronounced No Trees, comes from – surprise – the lack of trees in the area. The one tree in the area was cut down to build the oil plant. People tried planting trees in the community in the 1980s, but many died due to dust storms, oil fumes and brush fires. Some have jokingly referred to Notrees as Nopeople, as the population has dwindled to just 23, according to the last census. 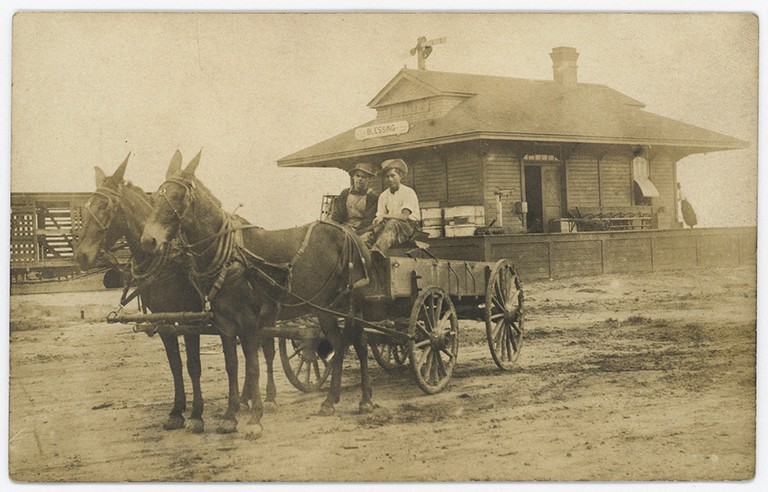 Blessing was named as such after the first suggestion, Thank God, was rejected | © Hi-Story / Alamy Stock Photo

In 1903, Jonathan Edwards Pierce promoted his own bought land as the start of a new Texas town. He wanted to name it Thank God, but the US Post Office turned him down. Pierce and the Post Office compromised on a different name – Blessing. The population was blessed in 1966 with 1,250 people, but now has a population of about 800. 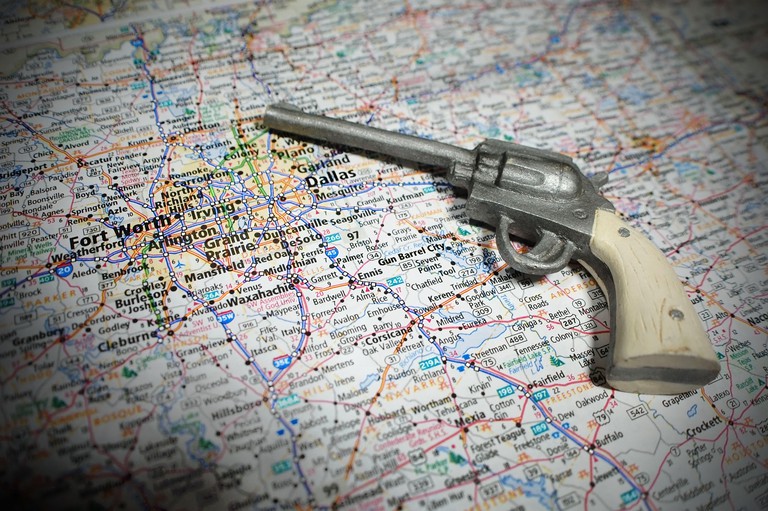 With a name like Gun Barrel City, there has to be a good story behind it. There is, but it’s not as violent as you might think. The town’s motto has long been, “We Shoot Straight With You,” which in Texas slang means to deal fairly and honestly. It was from this motto the name derived. Today, there are about 6,000 people in this community on the Cedar Creek Reservoir, south of Dallas, Texas.

Cool, Texas, seems like a cruel joke of a name considering that Texas is more often hot than cool. Today, there are only about 190 citizens in this small town near Fort Worth. The history behind the moniker is unknown, but regardless, it still has a cool name.