The Most Beautiful Parks In Dallas, Texas

With one of the largest municipal park systems in the country, Dallas is very well known for its 381 parks totaling over 23,000 acres. From the urban downtown scene to neighborhood trails and spaces, Dallas has a park for people of all ages, so we have curated a list of some of the most beautiful spots brimming with fun adventures. 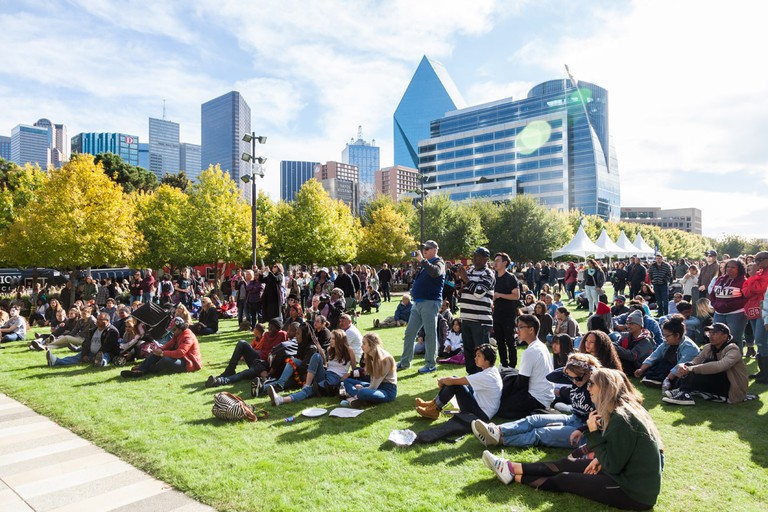 Klyde Warren Park is a popular spot to hang out or attend a festival | © Klyde Warren Park
Located in the heart of the city, Klyde Warren Park is an urban, five acre green space built over the old Woodall Rogers Freeway in downtown Dallas. Bustling with activity, this park provides entertainment for families, young adults, and even pets. The children’s park provides playgrounds, a small amphitheater, interactive fountains, and a storytelling tree for creative and educational fun, plus there are reading and game rooms. This park also has several daily activities, such as a Dallas skyline tour, zumba and yoga, and a variety of food trucks. There are various opportunities to see live performances, which vary from music concerts to theater performances to dance recitals in the Muse Family Performance Pavilion. For the furry family members, the My Best Friend’s Park area provides a safe, fenced space that allows the opportunity for off leash activities and socializing, as well as fountains to cool down on warm summer days. With daily activities and dining options, Klyde Warren Park is a great spot for people of all ages to spend a nice day out in downtown Dallas.
Open In Google Maps
2012 Woodall Rodgers Freeway, Dallas, Texas, 75201, USA
+12147164500
Visit Website
Give us feedback

About five miles northeast of downtown is one of the busiest parks in the Dallas area. White Rock Lake Park covers just over 1,000 acres of scenic wooded and lakeside areas. This park offers nine miles of biking and jogging trails, several bird sanctuaries and bird-watching areas, wetland sites, picnic areas, pavilions and kayaks available for rent, peaceful docks for fishing, and piers and boat ramps for easy access to the water. In addition, there are several cultural attractions around the lake, such as the The Dallas Arboretum and Botanical Gardens and The Bath House Cultural Center, which houses the White Rock Lake Museum. The museum features rotating exhibitions from local and regional artists, as well as a preservation and presentation of the history of White Rock Lake. The Bath House Cultural Center itself offers a small theater, which has been home to theater, live music, and dance productions and performances from several different companies around Dallas. The Bath House also presents visual arts in three different gallery spaces, which showcase exhibitions from all over the world. The Dallas Arboretum and Botanical Gardens offers various annual events that focus on education and family oriented activities such as the Cool Thursdays Concert Series and seasonal events like The Presidents’ Day Celebration and The 12 Days of Christmas. With the scenic views of the Dallas skyline, tranquil woods and lakeside attractions, and vibrant artistic centers, it’s no wonder that White Rock Lake Park is one of the most visited parks in the area. 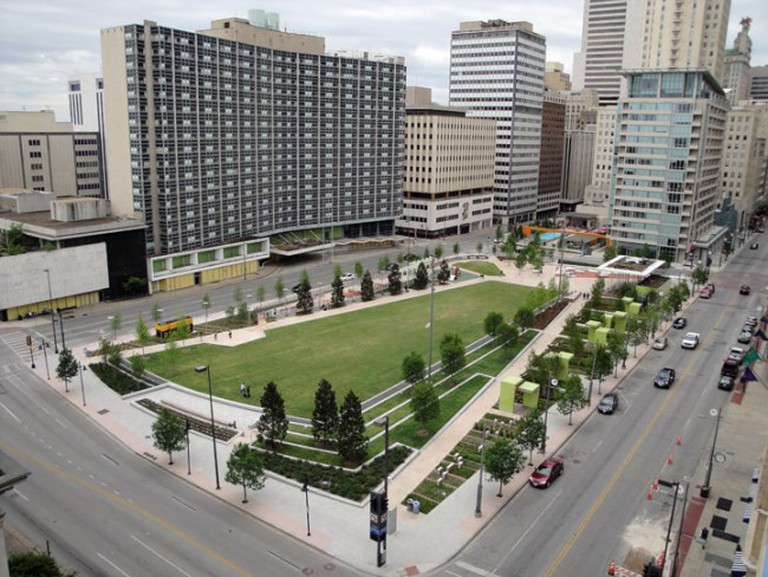 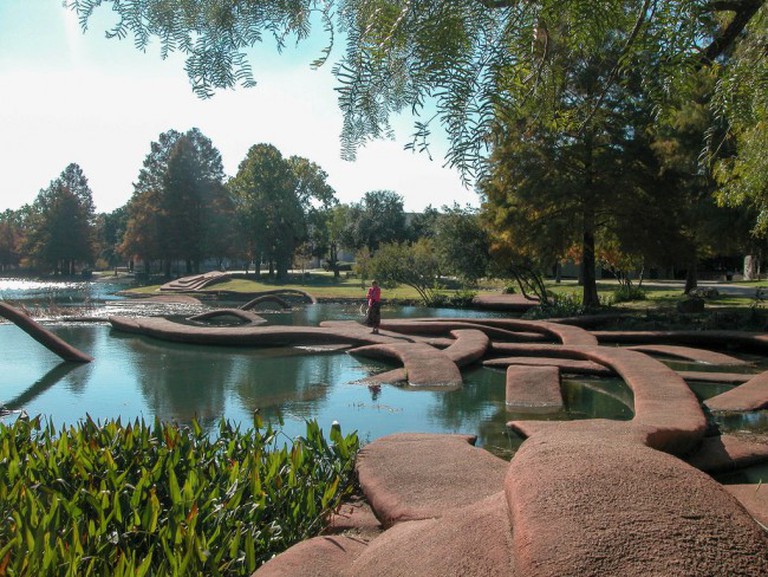 Fair Park | © David Wilson/Flickr
Situated between Main Street, Commerce Street, Harwood, and St. Paul, Main Street Garden serves the residents, visitors, and employees of downtown. This park features a dog run, a toddler play area, public art installations, fountains, and free Wifi. It also has a fresh, picnic dining option at the City Park Cafe. Serving breakfast, lunch, and dinner on ‘the best patio in downtown’ or for take out, the café also sells beers and wines for a lovely night in the Main Street Garden Park. The park has hosted several different live music performances and concerts on the main stage. Main Street Garden can also be rented for special or private events. Surrounded by the beautiful architecture of Dallas skyscrapers, colorful cultural scene, and urban amenities, the park is a great community gathering space for those who are in the downtown Dallas area.
Open In Google Maps
1902 Main Street, Dallas Downtown Historic District, Dallas, Texas, 75201, USA
+12147441270
Visit Website
Give us feedback

As the host of the annual Texas State Fair since 1886, Fair Park is a site full of history, art, and culture. The park includes the Dallas Children’s Aquarium, several different museums, the Fair Park Music Hall, and the Texas Discovery Garden. The aquarium is open seven days a week, with different feeding demonstrations each day, as well as options for birthday parties, field trips, and even overnight stays. The museums in and around Fair Park include the African-American Museum, the Perot Museum of Nature and Science, and the Hall of State. The Fair Park Music Hall offers a year round source of live performance entertainment, including children’s musicals such as Peppa Pig Live; family musicals like The Little Mermaid; Broadway shows like Wicked; and features Dallas Summer Musicals, which provides students interested in performance the opportunity to audition for and act in Broadway musicals. The Texas Discovery Garden is a 7.5-acre botanical garden featuring different native and adapted plants and insects all year round. The garden also offers several specials such as free admission days, gardening workshops, family festivals, and the Earthkeepers student education program. Fair Park is also home to the largest collection of Art Deco Architecture in the U.S., which can be seen along the many landscaped walking paths. With all of the attractions in the area, Fair Park is a major provider of live performance, education, and entertainment for those in Dallas. 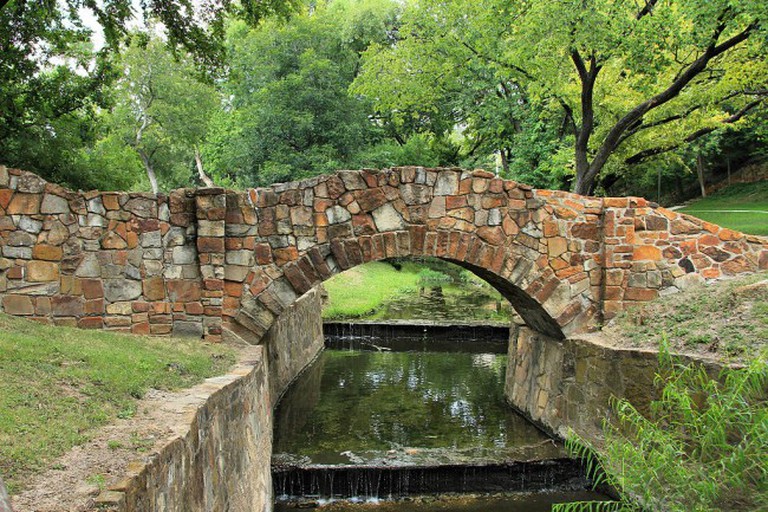 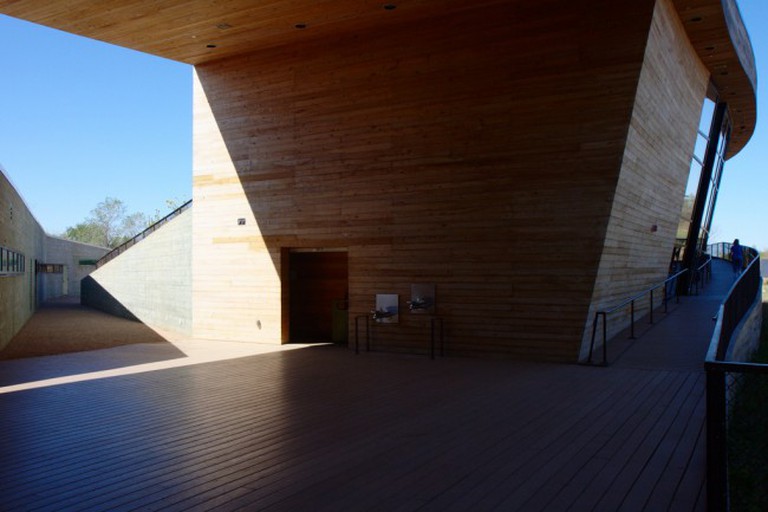 Trinity River Audubon Center | © Steve Rainwater/Flickr
Established in 1914, this 41 acre, 100-year-old park is a great space for every Dallas resident or visitor to enjoy. Reverchon Park runs alongside Turtle Creek and the Katy Sports Trail, making it a perfect spot to go for a walk, run, or bike ride. The park features baseball fields, tennis courts, an outdoor basketball court, and a sand volleyball court. Each of these sports areas are well kept, and some are open for athletic leagues, like the North Texas Amateur Baseball League. Reverchon Park also has a playground and recreation center for the younger park-goers to enjoy. In addition, there are several garden areas, pavilions, seating and picnic areas, and grills available for public use, plus the park offers a twist on the traditional yoga class with their Hiking Yoga along the Katy Trail. The park is a perfect place to enjoy a picnic or cookout, casual sports games, and recreational activities for Dallas residents and visitors of every age.
Open In Google Maps
3505 Maple Avenue, Oak Lawn, Dallas, Texas, 75219, USA
+12146707720
Visit Website
Give us feedback 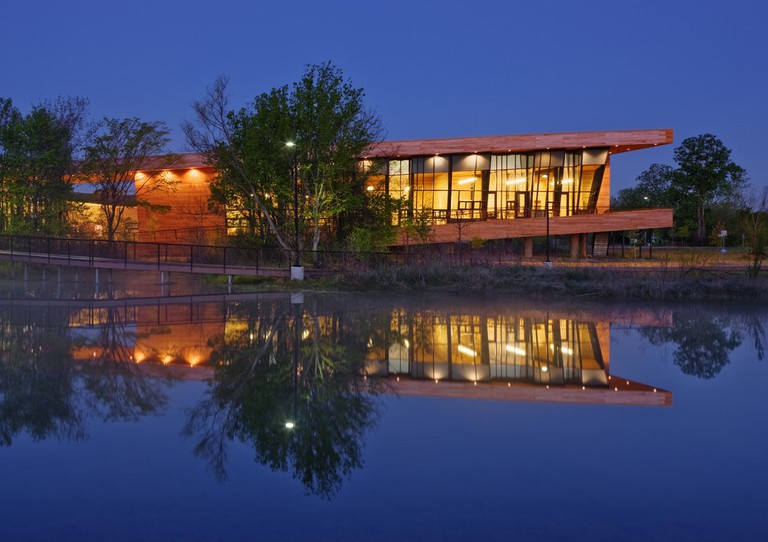 Trinity Audubon Nature Center lit up at night | © Jeremy Woodhouse / Courtesy of Trinity River Audubon Center
Opened in 2008 along the banks of the Trinity River, this center is at the entry of the 6,000 acre Great Trinity Forest. The Trinity River Audubon Center offers each of its visitors a chance to discover miles of trails that feature local birds, vegetation, and wildlife and features public programs like guided hikes, bird watching classes, and the chance to learn more about the four breeds of owls that are native to Dallas. In addition, there is an indoor exhibit hall that showcases native animals like fish, snakes, lizards, and more. Visitors also have the option to tour the architecture of the eco-friendly buildings, taste local honey from the six beehives, and watch a movie about the Trinity River and its history. The center also offers school field trips, like the four-hour eco-investigations that feature a pond study, guided hike, and nature study. There is a two hour guided float trip down the Trinity River, which is perfect for a short weekend adventure. The Trinity River Audubon Center serves to educate Dallas residents about the natural environment and the fragility of the ecosystem of the largest urban forest in the United States. With the educational opportunities, scenic wooded trails, and extensive visitor activities, the Trinity River Audubon Center is a great place for field trips, volunteering, and fun.
Open In Google Maps
6500 S Great Trinity Forest Way, Dallas, Texas, USA
+12143095801
Visit Website
Give us feedback

Opened in 2012, Belo Garden is a small, 1.7-acre park located in downtown Dallas. This ‘urban oasis’ is designed so the residents, employees, and visitors have a quiet place to escape. The park features more than 10,000 types of grasses, seasonal flowers, more than 100 trees, and decorative shrubs for park goers to enjoy. There is also an eco-friendly, interactive fountain, a nine-foot-tall grass hill that allows visitors to enjoy views of the park and a permanent seating area large enough for approximately 150 people. Belo Garden is also available for private party rentals and family-friendly events throughout the year. This park is the second installation of the Downtown Parks Master Plan, which hopes to give the city of Dallas recognition as city with a great park system. Before meeting the highest residential and environmental standards, the site of Belo Garden was a parking lot, that is until two grants were issued to help clean up and beautify the area. Today, it is noted for its eco-friendly features, peaceful atmosphere, and its help in creating a high achieving park system for the city of Dallas.

Park
Facebook
Email
Twitter
Pinterest
Copy link
Share
Map View
While this may not be an ‘official’ Dallas park, Dragon Park is a small attraction hidden in the Uptown neighborhood, with the main entrance at Cedar Springs Road and Hood. The entrance can be easy to miss if you don’t look closely, but the park itself is home to a rather strange group of statues, such as dragons, fairies, gargoyles, Buddha heads, angels, and griffins. Dragon Park is not very well known to all Dallas residents, but it has been known as a quiet and tranquil place for yoga and meditation. It offers a terraced area with benches, perfect for a short picnic, or just a place to sit and take in the unique characteristics of the statues. Although small and somewhat concealed, Dragon Park is a different type of park that still offers a calm and beautiful scene for any Dallas resident or visitor.
Open In Google Maps
3520 Cedar Springs Road, Oak Lawn, Dallas, Texas, 75219, USA
+12147279879
Give us feedback
Give us feedback