The History Of The Beer Can House In 1 Minute 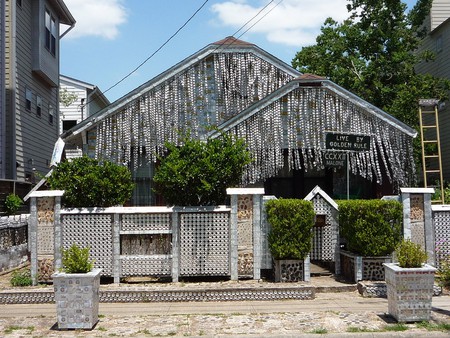 This eye-catching attraction is a bit of a hidden gem in Houston, but once you see it, you’ll want to tell everyone you know. The Beer Can House is tucked away in an otherwise unassuming neighborhood. Despite the spectacle, the Beer Can House’s origins were modest and practical. Read on to learn how this landmark is a testament to the creativity and thriving art community in Houston.

The Beer Can House is an otherwise normal one-story house, except for one unmissable addition – it is covered in thousands of beer cans. Even the lawn is covered in cement with pieces of wood, marbles, and shiny metal mixed in to create designs. The house began as a side project of John Milkovisch, but it is now a Houston landmark and a permanent art exhibit of the Orange Show Center for Visionary Art.

John Milkovisch began the Beer Can Project in 1968, although he never really intended it to be an art project. Milkovisch was a retired upholsterer and was the first to admit that he was not a trained artist. Milkovisch simply began the project for a practical reason – he grew tired of mowing the lawn. He decided to cover the front and back lawn with concrete and mixed in small objects to decorate it. 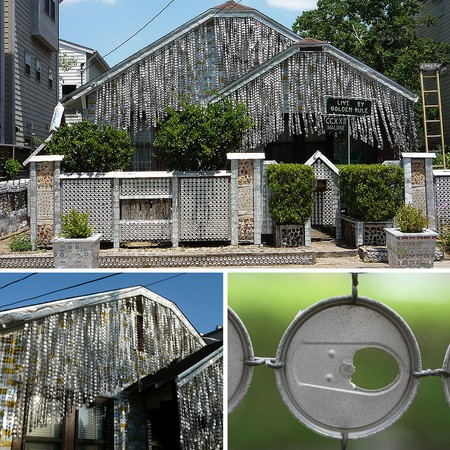 Once the lawn was covered, he began covering the house. He covered the house in over 50,000 beer cans over the next 18 years. The reason? The aluminum deflected the sun which kept his house cooler, and he liked the sound the wind made as it blew across the cans. People started to notice and would drive by just to look at the house and show their friends.

Today, you can actually take a tour of the Beer Can House. It is open Saturday and Sunday only from noon to 5 PM. Admission is $5, and children under 12 get in free. Tickets can be purchased at the Beer Can House gift shop.