The History Of Minute Maid Park In 1 Minute 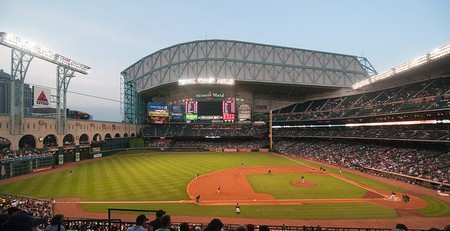 Before Minute Maid Park, there was the Colt Stadium and the Astrodome. Named after The Minute Maid Company after the Houston Astros expanded their partnership with them, Minute Maid Park is a one-of-a-kind ballpark that many Houstonians have fallen in love with.

Minute Maid Park, previously named Enron Field before Enron Corporation went bankrupt and also known as Astros Field, is the home of the Major League Baseball team, the Houston Astros. Located downtown, you can see the city’s skyline when being seated during a game. The ballpark is also Houston’s first stadium with a retractable roof. The retractable roof alone brought a lot of attention and excitement before opening day. 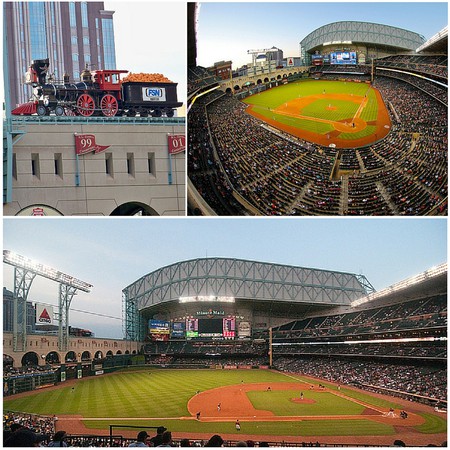 The location of the stadium was once home to Houston’s Union Station, a former railroad transport stop which held great importance to the city. When attending a game, watch out for the train located on the left-field side. Whenever an Astro player hits a home run or the Astros win a game, the train moves down the track that’s located on top. This train was placed here to pay homage to Union Station. The building now serves as a cornerstone for the ballpark and is listed in the National Register of Historic Places. The main entrance, also known as Union Station Lobby, is built to look just like the former train station.

With a seating capacity of about 40,000, included with about 5,000 club seats and 63 luxury suites, the ballpark was built to replace the Eighth World Wonder, the Astrodome. It opened its doors in 2000 and has been hosting the Astros’ games on a natural grass surface ever since.

The Astros have plans to renovate the stadium to include more food and bar options. The renovations will however not make any changes to the seating capacity.

You can purchase tickets online and print them before a game.