The History Of Memorial Park, Houston In 1 Minute 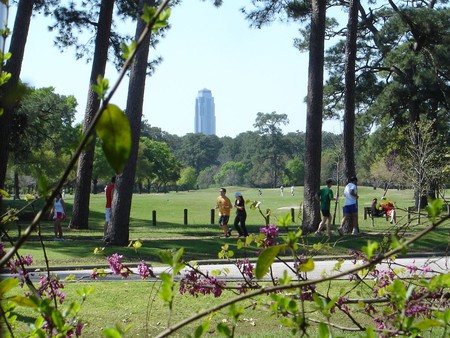 Memorial Park is a recreational outdoor gem frequented by hundreds of Houstonians and visitors daily. This park is an urban oasis in the center of the city that provides an escape into nature and maintains a habitat for animals that have been pushed out by development. The park’s legacy is deeply rooted in the history of the area during WWI. Read on to learn about the area’s transformation into one of the largest urban parks in the United States. 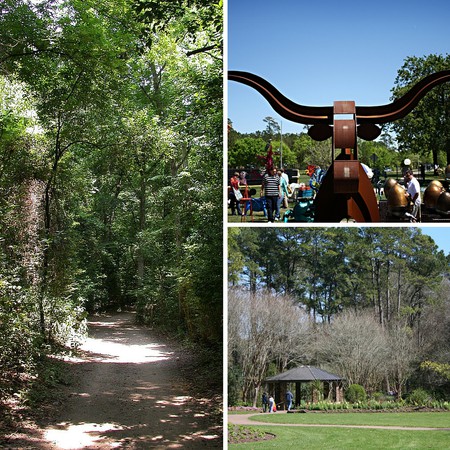 Memorial Park covers over 1,460 acres inside the 610 loop. The park boasts a popular running and exercise loop, an arboretum, biking and hiking trails, picnic areas, sports courts, and a public golf course. The park is roughly bordered by I-10 on the north, 610 on the west, and Buffalo Bayou on the south.

Until the 1900s, the land where Memorial Park now stands was just an expanse of forest that housed native plants, animals, and the occasional traveler. From 1835 to 1883, the Reinerman family maintained a homestead in the area. In 1917, the land was officially leased by the War Department to serve as a training base for World War I soldiers. The base was named Camp Logan and covered 7,600 acres along the Buffalo Bayou. After the war, the land once again lay vacant.

In 1924, Will and Mike Hogg bought a portion of Camp Logan’s acreage and sold it to the city to establish the park. That year, Memorial Park was established. The park was named in honor of the Camp Logan soldiers who fought during the war. The forest was transformed over the following decades to develop trails, recreational facilities, and wildlife preservation facilities.

Today, Memorial Park supplies Houston residents with recreational, exercise, and educational opportunities. The park also hosts the popular Bayou City Art Festival every spring. If you want to explore the park but you’re not sure where to start, check out the Houston Arboretum & Nature Center, the Seymour Lieberman Exer-trail, the Picnic Loop, or the Vale-Asche Foundation Playground for kids.