Grab A Slice Of Heaven At Houston House Of Pies

House of Pies is an old-timey diner which has been at the same place since 1967 and has grown with a new branch on Westheimer in recent years. Does the pie house live up to its high expectations? 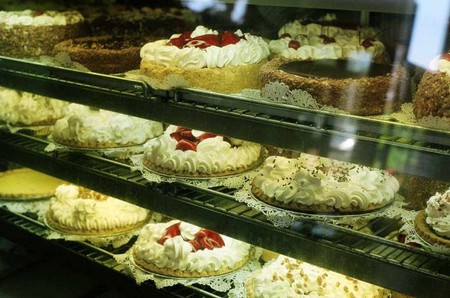 If you ask the staff, they’ll tell you about their favorite pies and biggest sellers on the menu. The popular fruit pies, cream meringues, and cheese cakes are always on top of that list. One place that will never cease to amaze even the most traveled visitors is the House of Pies. When you do go to this place though, take my advice and order a pie that you like and not just the popular choices. This way you can have an enhanced version of a personal favorite. We recommend the coconut cream pie with a close second going to the banana cream pie. Both have flaky and remarkably pleasant crusts with a rich filling that is simply to die for.

But those aren’t the only items on the House of Pies’ menu.There is one sandwich on their menu that will change your life. Now, this is not a meal for the faint of heart. This is a long day at work, need to relieve some stress out on some good eats, kind of meal. A late night, detour after the club, sort of meal. This is an up all night, studying late, need a midnight snack type of meal. I’m talking about the one and only Monte Crisco.

This sandwich is, as told by the menu, is a triple decker of ham, turkey and Swiss cheese, egg-cream battered, deep fried, and dusted with powdered sugar….. Need I say more? Don’t take my word for it. This is one of those sandwiches you to need to see to believe that magic does still exist in the world. 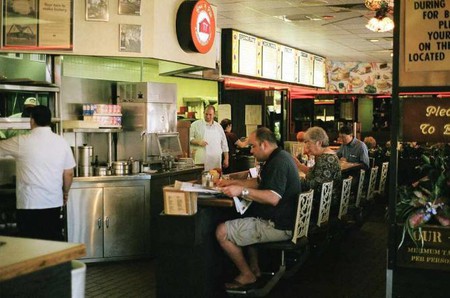 The best part about House of Piesis that it is open 24 hours a day, seven days a week. That’s right, a restaurant that works on your schedule, whatever that may be. Like I said, the pies are not just the highlight of the place. For breakfast, lunch, and dinner, there is a wide selection of delectable entrees that will both make your mouth water and your blood boil. The laid back atmosphere of both the Kirby Drive and Westheimer locations give the restaurants a rare, but special cozy feeling. Both locations have achieved 4 stars on Yelp and Zomato, so they must be doing something right.

The wait staff are friendly and noninvasive, meaning that they will only come around when you need them and leave you to enjoy your meal in peace.Prices are reasonable considering the amount of food they give you. Not that any of that matters, because after sharing or enjoying one meal here you’ll be happy to tip. But, be prepared to spend around ($10-20) for one person. Most entrees come with a choice of one of their simple sides. It really depends on whether you’re in the mood for healthy options like cantaloupes, soup, bananas, cottage cheese, potatoes or peach halves. Or, if you want to go all out and do the dinner salad, onion rings, sweet potato fries, Texas sticks, baked potato or strawberries for an extra ($1.25) or so if one side isn’t enough for you.

Breakfast is a whole other story, but it’s one story you’re going to want to read! You get to choose from three different menus: Texas Breakfast, Three Egg Omelets, or Specialty Breakfasts. They have vegetarian options. Not feeling adventurous? Just get a few sides and create your own unique breakfast with assorted breads, eggs, meats and cheeses to choose from.