The Evolution of the East Austin Studio Tour 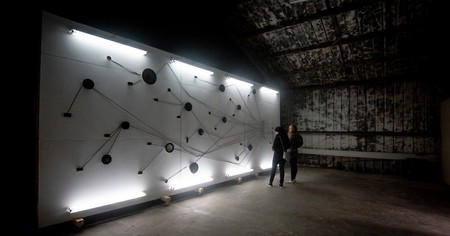 Local creatives in Austin, Texas, are finding ways to showcase their work while being priced out of the rapidly expanding city.

When artists Shea Little, Joseph Phillips and Jana Swec first launched the East Austin Studio Tour (EAST) in 2003, they were simply looking for a way to connect the clusters of artists scattered to the east of I-35 while getting more eyes on their work.

The artistic collaborators certainly never imagined their pet project would develop into a tentpole event for their own non-profit organization, Big Medium, which is now one of the most visible and influential non-profits supporting the arts in the city with Little at the helm as executive director. Nor could anyone have foreseen that Austin’s long disregarded East Side would soon evolve into the city’s hottest neighborhood.

The tour once showed off a part of Austin that wasn’t characterized as “safe” or “desirable”; now, the East Side is one of the most gentrified areas in the entire city. Artists who have opened their home studios to the public tour for years are being forced to move to where rents are more affordable, which is usually outside of the ever-expanding area EAST covers. 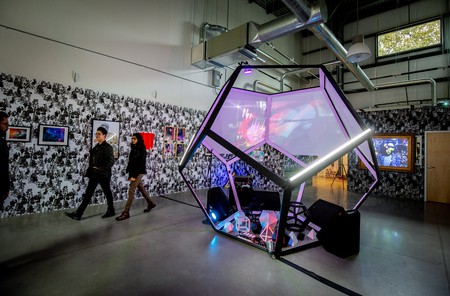 Austin artist Jennifer Chenoweth went on the tour for the first time after she was forced to sell her home studio, a distinctive orange house on the corner of East Second and Waller streets. She bought the property in the early ’90s as a recent art-school grad and hosted one of the studio tour’s touchstone events each year, but could no longer afford to pay the taxes on what is now very desirable land.

Chenoweth’s long-term plan is to relocate to Pittsburgh when her children are grown. She has already invested in a local business in a warehouse space with tons of room for art installations.

“Real estate is cheap, and there’s great support for the arts,” she says.

One solution for artists who want to be part of the tour but cannot afford to live in East Austin is joining a larger collection of artists – a so-called pop-up exhibition, with multiple artists under one roof. Venues that have hosted pop-ups include Canopy, a warehouse where Big Medium itself is located, as well as gallery spaces on Tillery and Springdale roads.

Painter Sari Shryack recently participated in her third studio tour. She lives south of the cut-off boundary to show her own studio, so she partnered with Tillery Street Plant Company to display her work.

“I have a whole series of greenhouse [paintings] and a lot of them are at Tillery Steet, so I set it up there and was really successful in terms of meeting people and making sales,” she adds. “Inside of East-proper boundaries, it’s a lot more expensive,” she says. “It would be great to live there… I do love that experience of showing people unfinished work.” 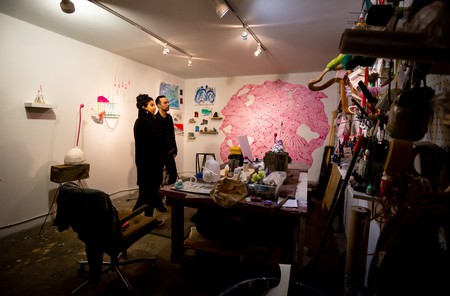 Little, who is now married to Swec with three kids, is slightly wary of the pop-ups.

“The dynamics of the tour are changing as we start globbing together more and more [artists] and there’s fewer studios and more pop-up exhibitions,” he says. “[It] feels very festival-y. And we don’t call this a festival. You know, it’s hard when you pop-up a show… Art City Austin, or Pecan Street Festival, it starts to feel like that. Those things can happen and should happen, but we do not want EAST to be that.”

“It is critical for artists to show their work, ideally in great environments like their studio,” Little says. “We try to make it a more comfortable interaction, and it’s not just about buying art. From the get-go, the tour was about building community and networking – which does lead to the selling and buying of art, but that’s not the primary focus of it.” 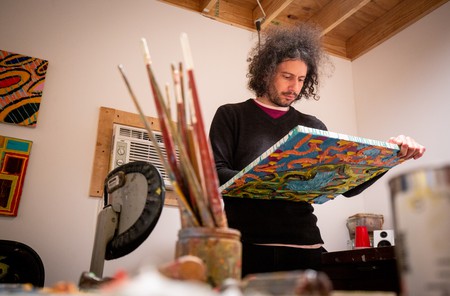 Little says the pop-ups can create a party atmosphere that doesn’t necessarily attract art fans as much as people just looking for a good time – especially when food and drink vendors are involved and free alcohol is flowing.

“It makes it into more of a party,” he says. “They’re here for the fun and the activity and they wander the halls and poke their head in the studio and say, ‘Hmm, not for me.’ So you get this really awkward exchange with people who are just glancing and not totally engaging in your work.”

The longtime EAST host remembers a peak, four or five years ago, when huge influxes of visitors traipsed through his studio without any real interest in his work.

“My worry was that it was becoming an entertainment type of venue as opposed to really looking at and selling art,” he says. “But they seem to have worked through that. Now I get really fascinating people to talk to from all over the world. And people have been coming to my studio for 20 years.”

Little knows there is still more change ahead, as Austin is far from slowing down any time soon.

“The art scene is very vibrant,” he says. “Just because of the rent and the boundaries [of EAST] … we’re all trying to figure out what to do and how to make it work.”

If you’re an art lover, be sure to check out our guide to Austin’s best art galleries. 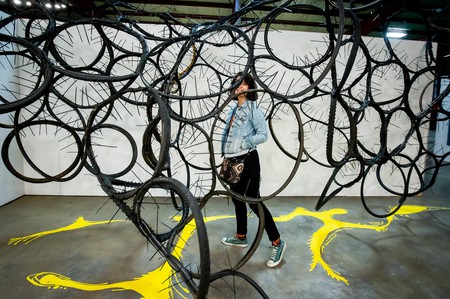