The Best Spots to See Bluebonnets in Texas this Spring 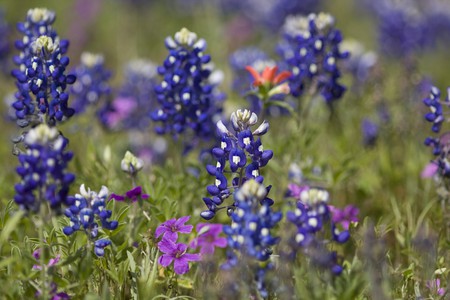 For a brief moment every year, Texas’s normally green and tan landscape turns blue. Forget the groundhog – Texas bluebonnets are widely received by residents as the formal announcement that spring has arrived in the Lone Star State. You don’t have to travel far to see bluebonnets; many of the state’s highways are lined with them. But there are some extra-picturesque spots worth driving for if you want to see fields of bluebonnets in their full glory.

Bluebonnets are wildflowers that cover the state from early spring – usually from the beginning of March through April (sometimes). How long the bluebonnets last for depends on a variety of elements, such as rain or unforeseen cold fronts, meaning some years will only have a two-week window to catch a glimpse of these flowers. With such a mild winter, there are already reports of bluebonnets starting to appear in February this year.

Bluebonnets often gather in large clumps in fields because it takes many years for seeds to germinate, and fields allow masses of seeds to continue germinating. Be aware that bluebonnets are toxic to both humans and dogs if consumed, and also watch out for bees and snakes lingering in the fields. 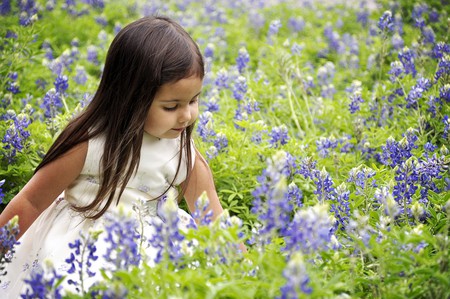 The Texas Hill Country is scenic year round, with its rolling hills and wineries, but its beauty peaks in spring when the bluebonnets bloom. Burnet, a city nestled in these hills, hosts its own annual Bluebonnet Festival during the second weekend of April. The festival plays homage to Burnet’s legacy as the “Bluebonnet Capital of Texas” and features shopping, games, entertainment, and parades. Strictly interested in flowers? Take a journey down the Bluebonnet Trail in early April for a glimpse at multiple species of Texas wildflowers. 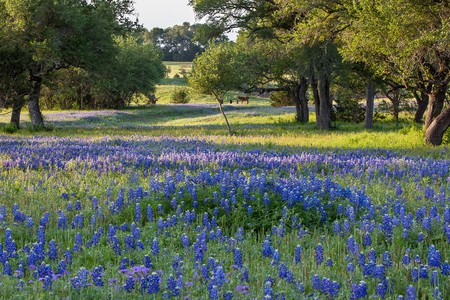 For those feeling less than adventurous, the Lady Bird Johnson Wildflower Center is an easy and organized way to get a bluebonnet fix. Lady Bird Johnson was the biggest advocate of Texas wildflowers and handed out Texas Highway Beautification Awards and checks to residents, who began fervently planting more in hopes of recognition. The Austin center named after her (open every day, 9am–5pm) has special bluebonnet areas for admiring the flowers and taking photos. 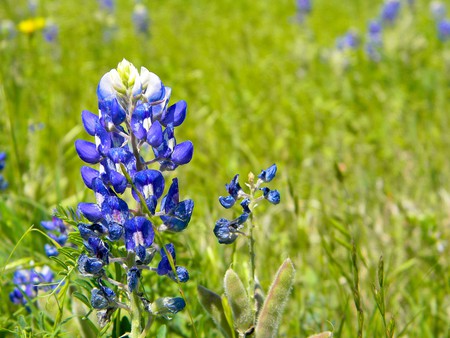 Sitting on the banks of the Colorado River and Lake LBJ, Kingsland is beautiful year round. Kingsland’s natural beauty is a pride point for generations of residents, boasting the official town slogan, “Where the rivers flow and bluebonnets grow.” Drive down Farm to Market Road 1431, where hordes of bluebonnets in the spring grow around the abandoned train tracks running through the tiny town. 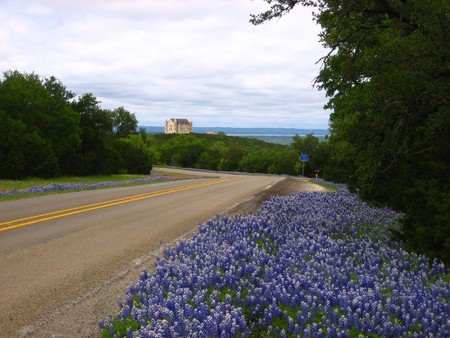 Brenham is the halfway point between Houston and Austin in Central Texas. This small town’s charm extends past the bluebonnets, as it is also the home of Blue Bell ice cream and local wineries. This town takes its bluebonnets so seriously, they have a special Wildflower Watch site with a wildflower map to make it easy to plan a bluebonnet trip. As of February 24, the bluebonnet sightings have already begun along Highway 290 East and Farm to Market Road 390.

Ennis is proudly known as the “Official Bluebonnet City in Texas” and boasts 40 miles of the Official Texas Bluebonnet Trail. These trails are protected by the Ennis Garden Club, which monitors and reports on the status of the flowers to aid visitors in seeing the most bluebonnets possible. These trails are the oldest bluebonnet trails in the state of Texas, and tens of thousands of visitors come through the town, located south of Dallas, each spring. 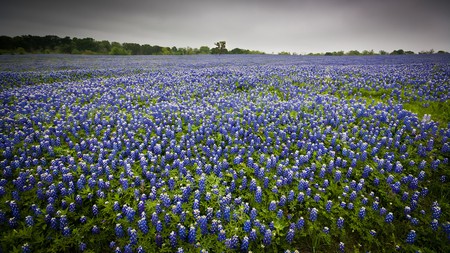 Though Spicewood falls in the Texas Hill Country, it deserves its own callout for all of the beauty packed into this small town. In textural contrast to the numerous swimming holes and caves in the area, the bluebonnets add a splash of color around Spicewood each spring. Muleshoe Bend is notoriously the best spot in Spicewood to see tons of bluebonnets and is one of the most abundant spots for wildflowers in the entire state of Texas.

Plan more Texas road trips using this guide, or check out the ten most beautiful towns in Texas.