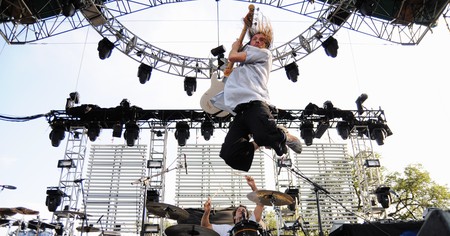 There’s so much more going on in the Texas music scene than honky-tonk and two-steppin’. There’s a festival for everyone – find your new favorite with this list of the best annual music festivals in the Lone Star State.

If you’re looking for good vibes and a tight-knit community, Euphoria is the festival for you. Located on the beautiful Carson Creek Ranch, this festival features both top and up-and-coming electronic, jam, and hip-hop acts, as well as workshops, yoga, art installations, unique vendors, and even a volunteer grounds clean-up program to give back to the ranch. There’s even an opportunity for attendees to make their experience extra memorable: on-site officiated weddings. If you love live music, you’ll love our guide to the best live music venues in Austin.

You could never go to another music festival again and be okay with it after getting your live music fix during South By Southwest. The question isn’t what is there to do at SXSW – the question is how much can you squeeze in. SXSW is no ordinary festival – it’s a mega conference that attracts more than 300,000 international attendees every March for its film, tech, and music programming. The music portion takes place over seven days, and there are both official events – meaning you need a SXSW badge or wristband to attend – as well as unofficial events, which are usually showcases and parties put on by major brands, and many are free to attend with an RSVP. Expect to spend much of your time waiting in line to get into parties, but it’s a small price to pay for the dozens of stellar acts from all over the world that you can see within the week. 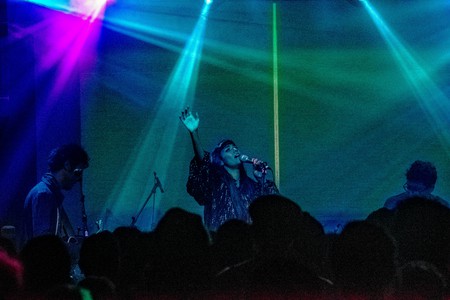 Austin City Limits Festival takes place in Zilker Park for two weekends each fall. It is one of Texas’s biggest festivals, with 450,000 attendees filling up the park over the six days. ACL Fest has something for everyone, with the greatest names in rock, hip-hop, pop, and EDM taking the stage. ACL Eats features a wide variety of local restaurants on-site, and there are also art and clothing vendors, a kids station, and local charity booths. While the festival ends early due to city ordinances, C3 Presents hosts ACL late-night shows at venues around town to keep the party going.

Formally known as Austin Psych Fest, the team behind Levitation built the independent psych and garage rock festival entirely through word of mouth, making it the destination for international music fans that it is today.

Hip-hop heads, this one is for you. Scoremore Shows puts on JMBLYA in both Dallas and Austin each year in May, bringing top rap, trap, and R&B artists together for one adrenalized day in each city. Previous years’ lineups have featured Chance the Rapper, Migos, Gucci Mane, and Steve Aoki, as well as solid up-and-coming openers. Scoremore Shows began when a group of college students decided to start throwing concerts they and their friends would feel welcome at, and the company quickly gained recognition in multiple markets in Texas as one of the top promotions and booking agencies.

If you’re looking for a laid-back fest you can bring the whole family to, venture out to the country for UTOPiAfest. With a crowd capacity of 2,000, there’s more than enough room to frolic and get as close as you want to the range of acts that come through, from indie to electronic rock, and even old-school hip-hop and soul. There are free hikes and yoga to start off your day and camping workshops to acquire new skills. There’s also free camping included in the price of your ticket, and you can even BYOB. The immaculate Hill Country sunrises and sunsets top off this truly utopian experience every fall.

Art, culture and great music intersect at this downtown Houston festival. Taking place in a 1.25 million-square-foot (139,354.5-square-meter) abandoned postal facility, it’s reminiscent of an old-school warehouse rave with new-school larger-than-life art installations. Whereas many festivals have scattered art components, Day for Night truly bridges the gap to merge music and art into one unrelenting experience. The lineup consists of electronic music, from trap to deep house, and hip-hop, inviting one of the most diverse crowds you’ll find at a Texas festival. Get the full rundown of this innovative festival in this recap hailing Day For Night as “the festival of the future.”

Also put on by Scoremore Shows, Neon Desert brings class acts to the west side of Texas, taking place in downtown El Paso for two days each year. The festival strives to provide a creative outlet “for El Pasoans by El Pasoans,” by placing local acts on the bill alongside top national and international electronic, hip-hop, and indie rock acts. They also strive to keep tickets affordable for their younger demographic, starting at $100 for the entire weekend and $250 for VIP.

As the name of this festival suggests, the Trans-Pecos Festival of Music + Love is a unique and intimate experience held at the El Cosmico in Marfa. While many festivals leave you drained after a hectic, party-filled weekend, Trans-Pecos aims to restore your soul with folk music acts, yoga, and other community-based learning and giving experiences set against the backdrop of the West Texas desert.

Art Outside is one of the most beloved Texas festivals, but it suffered a series of unfortunate events due to inclement weather that sabotaged the 2015 festival and temporarily ended its run. Luckily, it’s been back and going strong since 2017. This festival focuses on fully immersive art experiences, and the rest of the festival is built around the art, encouraging a vibe of exploration and imagination.

While it’s a bit early to name it one of the best festivals in Texas, Insomniac is no stranger to throwing events that are unparalleled in terms of production and talent. Middlelands takes place in Todd Mission, Texas on the grounds of a standing Renaissance Faire, and this theme is carried throughout the entire experience, complete with Renaissance-themed stages, rides, art, and wandering performers.