The 10 Trendiest Neighborhoods In Dallas, Texas 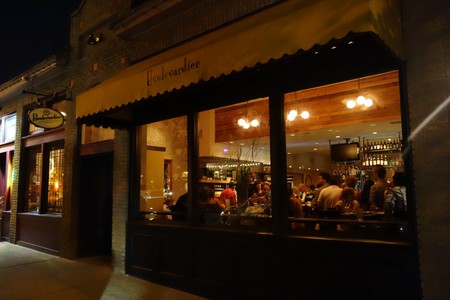 Residents of Dallas, Texas can attest the city is teeming with life. There are several hidden gems to explore within the city and its suburbs, so here’s a look at 10 of the trendiest neighborhoods in Dallas.

Immediately north of Downtown Dallas, this neighborhood is a great place for anyone looking for an urban environment. This area has been home to businessmen and young professionals since the late 1800’s, who used streetcars for their commute into downtown. A remodel of the area began in the 1990’s, so lots of townhouses, mid-rise apartments, and a few luxury high-rise condos and apartments popped up, and now, very few single family homes remain in Uptown, as many have been turned into shops, offices, and even cafes. The houses and apartments of the neighborhood are all a few minutes away from bars, restaurants, boutiques, and offices, and public transit to and from the nightlife is also very accessible, thanks to the Mckinney Avenue streetcars. With a rich history and social life, it’s no wonder that Uptown is one of the most sought after neighborhoods in Dallas. 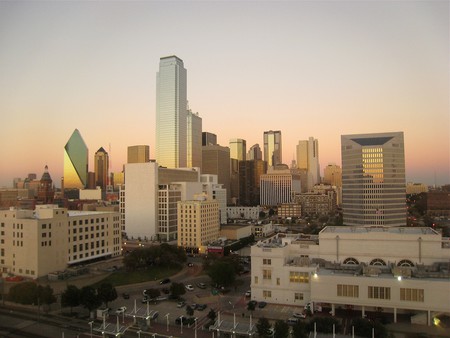 This elite Dallas neighborhood caters to any residents searching for a large, 6,000 square foot estate. Preston Hollow is located in north Dallas inside the LBJ/I-35 loop, stretching from Northwest Highway to Royal Lane and Inwood Road to Hillcrest Road. Many of the grand homes were built in the 1920’s and 1930’s, but there have also been many new constructions and renovations. Because of the early founding date of Preston Hollow, there are no curbs or sidewalks along many of the streets within the neighborhood, but despite this odd quirk, there are many well established oak trees, as well as access to several neighborhood shopping options and some of Dallas’s most prestigious private schools. The former home of George W. Bush and his wife, Preston Hollow is perfect for anyone looking for an upscale neighborhood in the city of Dallas. 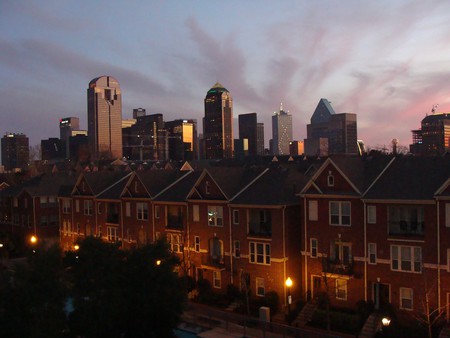 Located north of Northwest Highway and east of Highway 75, Lake Highlands is a very popular neighborhood for families or young couples. This location not only allows its residents to maintain a Dallas address while still having access to the great schools in the suburb of Richardson, it also provides convenient access to downtown Dallas, as well as job centers and shopping in Plano and Richardson. Lake Highlands is well known for its massive live oak and pecan trees as well as large, rolling hills, which are rare for the Dallas prairie area. The original neighborhood was built in the 1950’s, with development sprawling on through the 1970’s and 1980’s, and the majority of the homes in this area are single story ranch homes, but there are other options for families searching for something larger. Lake Highlands is a great neighborhood for young couples or families who are looking to settle down in the Dallas area, but still have access to the schools and jobs of the suburbs.

With a great mix of bars, restaurants, shops, entertainment and nightlife, the Bishop Arts District is a buzzing neighborhood 10 minutes south of downtown Dallas. Within four blocks, residents can enjoy Italian, Japanese, and even Cuban food options from casual cafes and more high end bistros. There are also several performing arts centers in the Bishop Arts District, such as the Kessler Theater and The Bishop Arts Theatre Center, both of which put on live shows and musical productions. Bishop Arts is also home to is the Texas Theatre, which, in addition to housing a Prohibition style bar, shows films ranging from classics to indies. There are also several different social clubs and boutiques for going out or doing some shopping. The Bishop Arts District is a great neighborhood for any Dallas resident that wants a vibrant social and cultural scene.

Once a center for jazz and blues artists in the 1920’s, Deep Ellum is located just a few blocks east of downtown Dallas. This neighborhood boasts a thriving nightlife and easy access to restaurants, shopping, arts centers, bars and clubs, as well as occasional festivals. Some food options include gourmet burgers at Twisted Root Burger Company, great barbeque at Pecan Lodge, and even pub classics at Angry Dog. There are also several places to catch a live comedy performance, such as the Dallas Comedy House or the Undermain Theatre. Deep Ellum provides a unique mix of shop as wells, from beauty salons to vintage resale stores and boutiques, and various clubs to grab a drink, dance the night away, or just simply socialize with friends, like Trees and The Prophet Bar. Deep Ellum is a great neighborhood for anyone looking for a rich cultural environment. 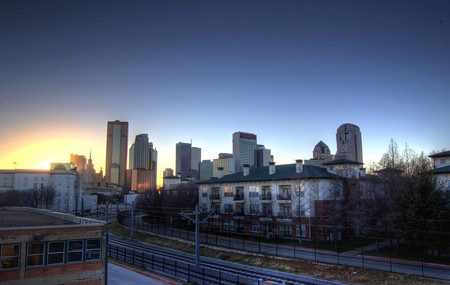 Downtown Dallas is full of activities, from museums to shopping to live performances. Downtown is home to the Meyerson Symphony Center, the AT&T Performing Arts Center, the Dallas Museum of Art and the Perot Museum of Nature and Science, each of which offer residents the opportunity to experience an eclectic mix of art, education, and culture. There are also many different dining options —whether you’re looking for a casual cafe, bar and lounge, quiet restaurant or fine dining, Downtown has something for every taste and budget. This area also has many shopping options, including small boutiques, western dress and souvenirs, and high end clothing stores. Downtown Dallas is a neighborhood perfect for anyone that enjoys great culture, nightlife, and walkability. 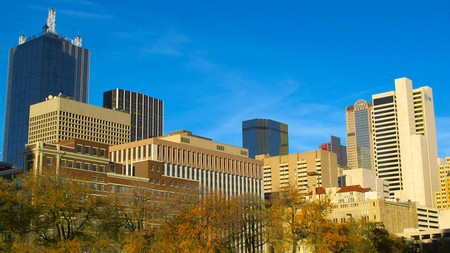 This trendy area is home to numerous unique shops, clubs, bars, and restaurants and reaches from Garrett Park to the suburb of Richardson. Greenville Avenue offers a variety of dining options, from patio dining to Tex-Mex and Mediterranean food to romantic dinners at The Grape. This neighborhood also has several venues to catch a live music performance, such as the Granada Theater, as well as some great comedy spots like Backdoor Comedy. Shopping on Greenville Avenue varies from European fashion, record stores, and chain stores like GAP or Ann Taylor Loft. For anyone looking to stay overnight in this lively area, there are plenty of options, from high end hotels like the Hotel Palomar to more family and budget friendly hotels like the Radisson Inn.

This upscale suburb is located north of Downtown Dallas and south of the Southern Methodist University campus. Highland Park is known for its luxurious homes, beautiful streets with plenty of shopping and dining, and its several recreation centers. One of the best features of the neighborhood is the accessibility to beautiful parks, complete with ponds, walking paths, tennis courts, fountains, and, in Lakeside Park, a display of large granite teddy bears! There are also multiple restaurants, including Italian cafes, Tex-Mex restaurants, and the iconic Al Biernet’s, a Highland Park staple. This neighborhood also boasts the oldest outdoor mall in the U.S, Highland Park Village, which is a great location for anyone shopping for luxury items and designer labels. Highland Park is a great neighborhood for anyone that wants the access to great shops, beautiful parks, and uptown Dallas’ nightlife. 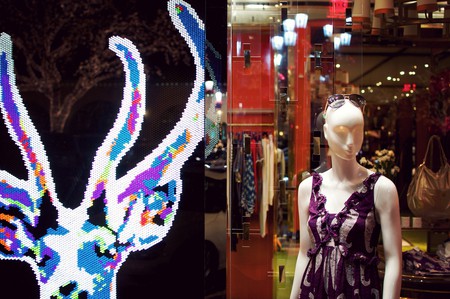 In between Uptown, Lower Greenville, and Highland Park, Knox-Henderson is a neighborhood full of activity that still maintains an intimate feel within the center of Dallas. If you’re hungry, eat burgers at The Porch, sushi at Tei Tei Robata, and Belgium and French style food at Cafe Toulouse, a well known Dallas bistro. The nightlife scene of Knox-Henderson is provided by several bars and clubs, such as The Travis and The Old Monk. Shopping in Knox-Henderson varies widely, from The Apple Store to home furnishing shops to small vintage clothing stores to designer names like Kate Spade. In addition, there is easy access to Katy Trail, an old railroad that has been converted into a 3.5 mile path for walking, running, or biking.

With homes originally built in the 1920’s, M Streets is a location popular for couples and families who are looking for a neighborhood close to Downtown Dallas and White Rock Lake. Many of the homes have older touches, such as stonework and old glass windows, and most are in the Tudor style, but there are also ranch and colonial style homes spread throughout the area. M Streets is bordered by Greenville Avenue, which provides quick access to the shops, restaurants, and bars in the area. Many of the homes have been renovated or completely torn down, which provides residents the opportunity to build their own house in this more traditional neighborhood.