The 10 Best Music Venues In Dallas

Granada Theater | ©Neff Connor / Flickr
Dallas is the cultural hub of North Texas, making it a main-stop for musical artists to visit for performances. Navigating through the venues, it’s hard to judge how the experience will turn out, especially when it might make a dent in your wallet.

Theater
Kessler Theater | © Alex Butterfield / Flickr
The Kessler provides a hip line-up of artists and a sweet art deco feel. The visuals are worth a visit alone. The stage itself provides an intimate setting, and the audience size depends on the act; sometimes there’s standing room and other times a seated performance. One of the highlights is the sound quality. The stage is visible all around, and parking is free.
More Info
Open In Google Maps
1230 West Davis Street, Oak Cliff, Dallas, Texas, 75208, USA
+12142728346
View menu
Visit website
Visit Facebook page
Send an Email
Give us feedback

Music Venue, Building
The Bomb Factory‘s building dates back to the early 1900s, when it was a Ford automobile manufacturer that later served as a bomb and ammunition factory during World War II. After its transformation to a music venue in the 90s, the venue is now a massive, 50,000 square-foot concert space, equipped with multiple bars, mesmerizing visuals, balcony seating, a legit sound system, and room for 4,300 fans. Parking can be a bit hectic, since it’s located in the heart of Deep Ellum, so plan accordingly.
More Info
Open In Google Maps
2814 Commerce Street, Old East Dallas, Dallas, Texas, 75226, USA
+12149326501
View menu
Visit website
Visit Facebook page
Send an Email
Give us feedback

Trees has has attracted everyone from Radiohead and Arcade Fire to Erykah Badu and Natalia Lafourcade. The venue has a simple look: some music memorabilia lines the walls, and the main floor comes equipped with a single large bar. There is a mezzanine level in case viewers want to be above the crowd; the stage is viewable from mostly anywhere. Even though the crowd can get quite large, the shows remain intimate, fun, and memorable. Located right in Deep Ellum, parking is available in many spots, but plan accordingly.

Concert Hall, Music Venue, Theater, Theatre
Granada Theater | ©Neff Connor / Flickr
Granada Theater is one of those venues that everyone hears about, because it’s something special. A historic theater, originally built as a movie house in 1946, the Granada ranks as one of the best venues in Dallas. The art deco design is stunning, making this theater a must see. Granada has something going on almost every week, with a connected restaurant and beer garden showcasing live local groups weekly.
More Info
Open In Google Maps
3524 Greenville Avenue, Lower Greenville, Dallas, Texas, 75206, USA
+12148249933
View menu
Visit website
Visit Facebook page
Send an Email
Give us feedback

Concert Hall, Theater
The Majestic | © rjones0856/Flickr
Managed by the City of Dallas Office of Cultural Affairs, the building originally opened up as a vaudeville theater back in 1921. The atmospheric setting serves as a time capsule to patrons, with a grand seating area and luxurious Renaissance Revival style décor with Corinthian columns, gold-leaf highlighting, and a baroque feel. The venue is used for musical shows, film screenings, comedy shows, and concerts. Located in downtown Dallas, there is a parking garage right across the street. The look and acoustics make this experience a unique treat for concert goers.
More Info
Open In Google Maps
1925 Elm Street, Dallas Downtown Historic District, Dallas, Texas, 75201, USA
+12146703687
View menu
Visit website
Visit Facebook page
Send an Email
Give us feedback

Possibly the most versatile venue in Dallas, South Side Ballroom is the largest of the many spaces at Gilley’s Dallas, a 92,000-square-foot entertainment facility. The space fits up to 3,800 standing patrons and attracts some of the hottest acts like Future, Chance the Rapper, and The Neighbourhood. General parking is $10, and the venue comes equipped with five custom bars. Concert goers can expect excellent production quality.

Relatively new to D-Town is Gas Monkey Live!, which opened its doors in October of 2014. The proprietor of Gas Monkey Live! is Richard Rawlings, best known as the star of Fast N’ Loud on the Discovery Channel. The 29,575-square-foot venue features a guitar-shaped bar, state of the art sound system and visuals, and even a game room for some pre-concert enjoyment. Just be ready for some traffic at the bar. Gas Monkey Live! has a private parking lot. 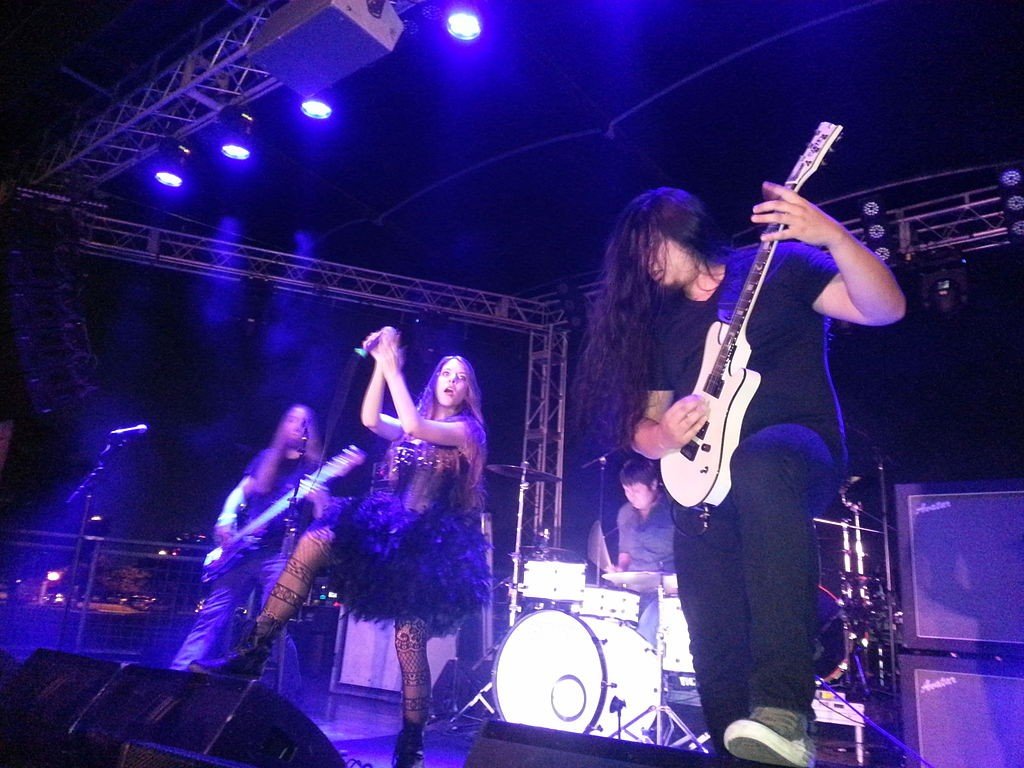 Music Venue
Located near Victory Park, the House of Blues greets its visitors with Southern Culture and African American inspired art décor. The venue offers mezzanine seating accompanied with a bar, while the main floor features three bars near the sides of the stage. The lighting and acoustics complement the acts, which have plenty of room to move on a large stage. Parking may take some time depending on the day, but parking passes are available with ticket purchases online.
More Info
Open In Google Maps
2200 North Lamar Street, Victory Park, Dallas, Texas, 75202, USA
+12149784850
View menu
Visit website
Visit Facebook page
Send an Email
Give us feedback

Park, Theatre
Gexa Energy Pavilion | © Hasteur/WikiCommons
It’s outside and guaranteed to be a memorable concert experience, usually featuring big names of the music industry. Stationed in Dallas’s famous Fair Park, the Gex Energy Pavilion can seat up to 20,000 people. Many famous faces have taken the stage at the iconic venue, including Elton John, Santana, and Tina Turner. As summer approaches, there’s no better way to beat the hot Texas weather than with some ice cold beats. Free parking is usually part of the package.
More Info
Open In Google Maps
3839 South Fitzhugh Avenue, South Dallas, Dallas, Texas, 75210, USA
+12144211111
View menu
Visit website
Visit Facebook page
Send an Email
Give us feedback
Give us feedback