Texas’ Watermelon Thump Festival Is the Lollapalooza of Watermelon Seeds 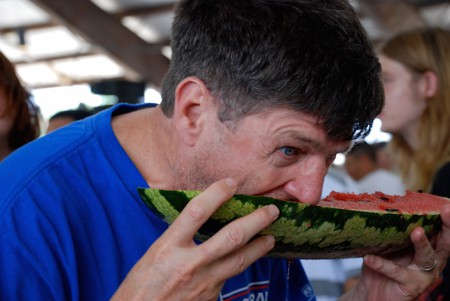 Situated in the heart of prime watermelon-growing territory, Luling, Texas, is big on watermelons—so big that it plays host to an entire annual festival dedicated to watermelons and their seeds.

The Watermelon Thump has been held in Luling every June since 1954 when the principal of the town’s elementary school sought to find a way to honor the region’s hard-working watermelon farmers. The school principal, Hermon Allen, held a contest to determine the name for the would-be watermelon festival, with a high school student winning for his Thump moniker, inspired by the practice of thumping the tops of melons to test ripeness. And so the last Sunday of June 1954 marked the inaugural Watermelon Thump, an event that would grow exponentially over the years to become the Lollapalooza of watermelon seeds. 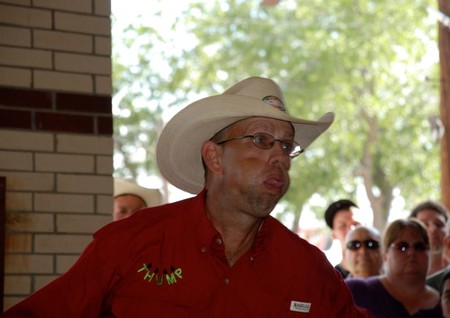 Nowadays, upwards of 30,000 people attend the annual event, temporarily bumping Luling’s population up dramatically from its usual 5,000. Folks come from near and far over the course of four days to marvel at the Thump’s watermelon-growing competition, the Watermelon Thump Parade, melon-themed dishes and most popular of all, the seed-spitting contest.

While melon-eating is a crowd-pleasing fixture at the Thump and other events around the country, Luling’s seed-spitting spectacle is wholly unique. Held on the cheekily dubbed “spitway,” contestants are invited to spit watermelon seeds as far as they can for cash prizes. It’s all about the aerodynamics for spitters, ensuring they take a drink of water beforehand so that the seeds are well lubricated, and the mouth is shaped in the most optimal way for launching. Of course, wind (and luck) play roles as well. The record distance is an astonishing 68 feet (20 meters), set by Luling native Lee Wheelis in 1989. 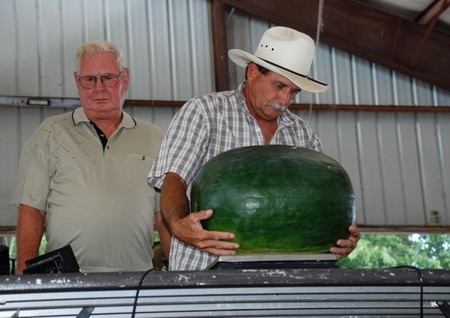 Beyond the coveted competitions, the Thump is brimming with entertainment for all ages, including carnival rides, lots of live music, an artisan market, food vendors, crafts, a beer garden and an auction for champion melons, which grow upwards of 80 pounds around these parts.

Another fun aspect of the festival is crowning the Thump Queen. Wandering around Luling in the months preceding the festival, visitors are sure to see numerous posters of different potential queens vying for votes. Every year, locals crown a new queen, who presides over the iconic Watermelon Thump Parade from her watermelon-shaped throne.

The Thump has captured the attention of talk show hosts and even presidents. Champion melons from the growing contest have been sent to the likes of Johnny Carson and Ronald Reagan, while seed-spitters have been featured by Jay Leno and Howie Mandel.

The unassuming heart of small-town cattle country is fragrant with barbecue smoke. And only here, watermelon is king. 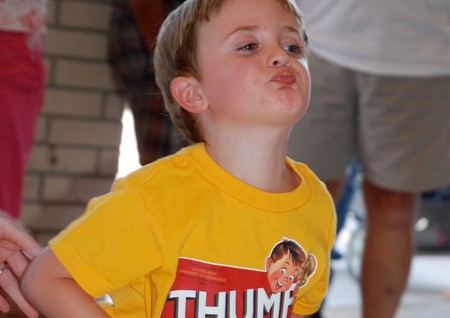