Chisholm Trail Fort Worth, TX | © www.GlynLowe.com/Flickr
Murals have become a way for artists to speak to their community, and residents express admiration or agreement with the art by snapping photos and posting them on social media for everyone to see. Here are some of the best Texas murals for the ideal Instagram backdrop.

Art Gallery
Greetings From Austin | © Philip Kromer/Flickr
Artists Todd Sanders and Rory Skagen were inspired by a popular postcard for their Greetings From Austin mural. Since its first reveal in the late 1990s, the painting has been the backdrop for countless photos, including those on Instagram.
More Info
Open In Google Maps
1720 South 1st Street, Bouldin Creek, Austin, Texas, 78704, USA
+15124426366
View menu
Visit website
Visit Facebook page
Send an Email
Give us feedback

‘I Love You So Much’

On the wall of Jo’s Coffee in Austin’s SoCo neighborhood is one of the most iconic murals in the city. Originally, the words were a romantic gesture written by musician Amy Cook to her partner and owner of Jo’s, Liz Lambert. Now, the statement of love is a widely used backdrop and a necessary must-see when visiting Austin. 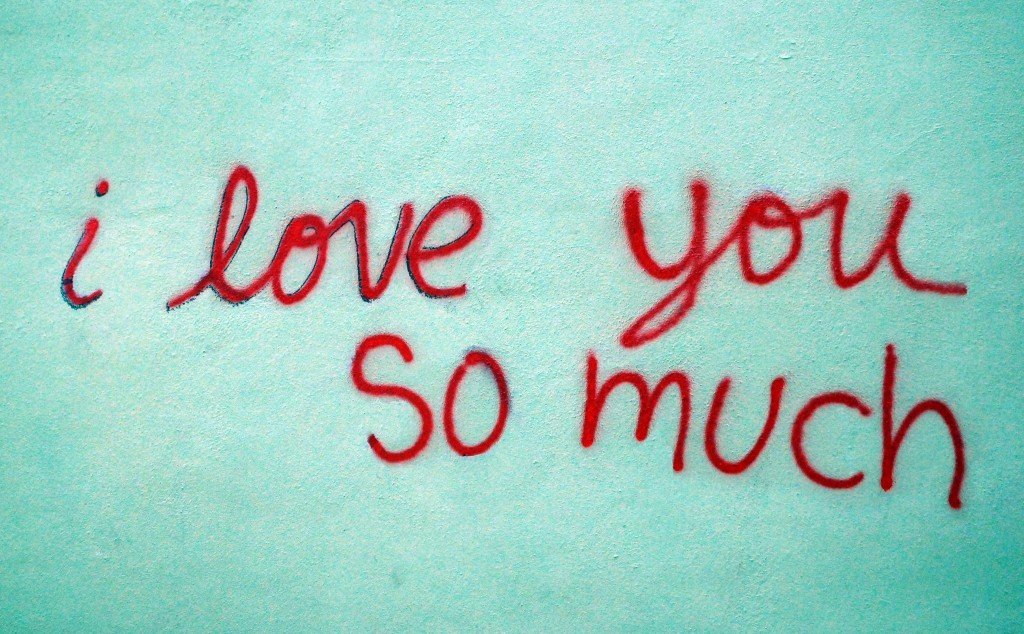 I Love You So Much Mural | © ms.akr/Flickr

This mural, located in Alpine, Texas, was part of a Mural in a Weekend project. The piece honors Mexican traditions and showcases the work of the late artist Jesus Helguera. If you’re fortunate enough to stumble upon this artwork, be sure to document its true beauty.

In Celina, Texas, there is a mural taking you back in time. The large piece is based on a photograph taken in the 1930s, and Oklahoma artists Lance Hunter and Sylvia Nitti worked on this piece of art for weeks. It’s now one of Celina’s most treasured attractions, commemorating both past and present. 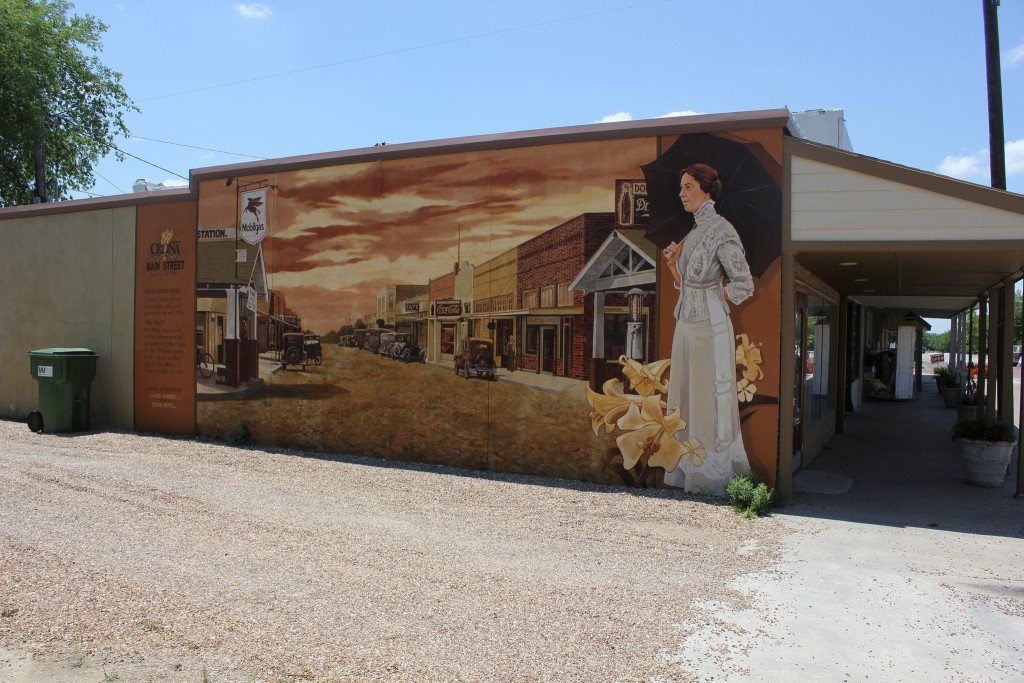 Chisholm Trail is easily the most iconic public art piece in Fort Worth. Painted in 1988, the mural remembers Fort Worth’s cultural history and the Chisholm Trail cattle drives that took place between 1867 and 1875. Its grand beauty makes it the most photographed place in Sundance Square Plaza. 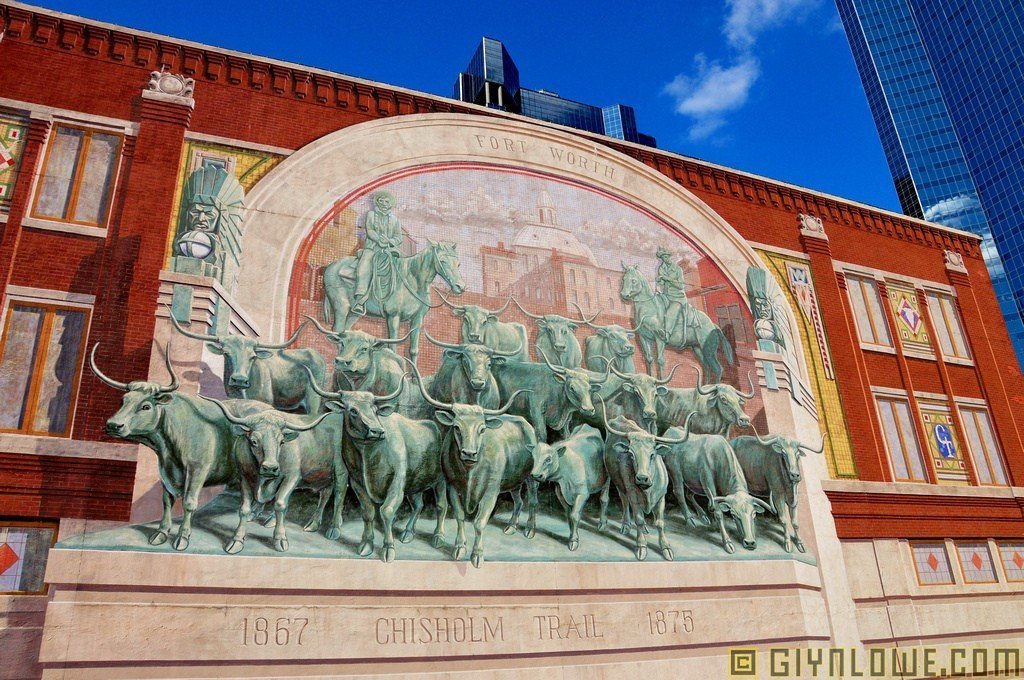 Oak Cliff Cultural Center in Dallas showcases a mural expressing the importance of diversity. The venue provides community programs centered on art and culture, which the public art piece on their wall directly reflects. If you ever visit the center, make sure to document the trip with this mural as your background. 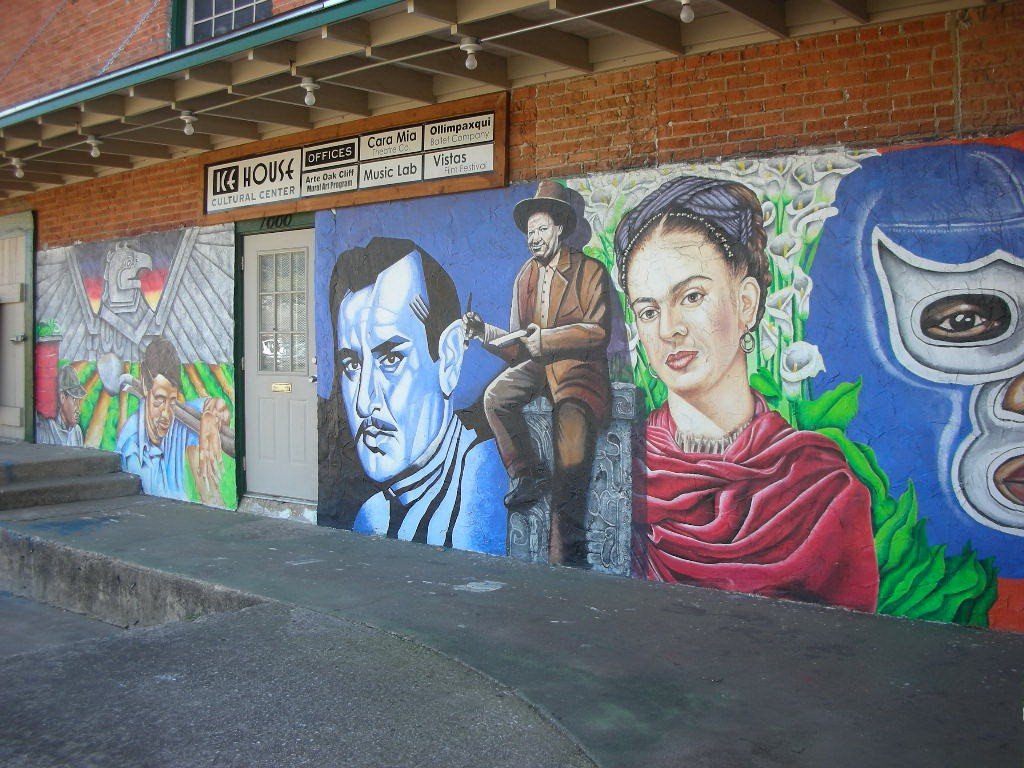 Building
Houston Mural | © Ron Jones/Flickr
This Houston is Inspired mural was completed in April 2013 by the owner of Aerosol Warfare Studio. The purpose was to highlight Houston’s culinary and arts scene in a way that everyone can appreciate. The colorful piece is located in Market Square Park and is now one of the most popular murals to pose with when visiting Houston.
More Info
Open In Google Maps
313 Travis Street, Downtown Houston, Houston, Texas, 77002, USA
View menu
Visit website
Visit Facebook page
Send an Email
Give us feedback
Give us feedback