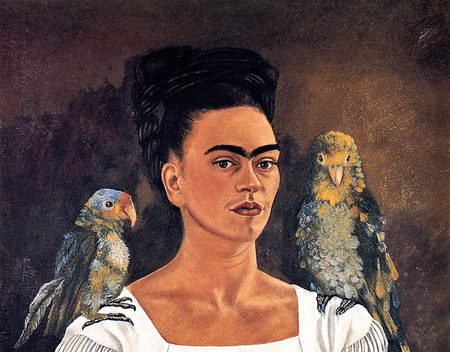 Frida Kahlo would have turned 110 years old this summer, and in celebration of the Mexican painter’s grand legacy, over 1,000 Frida impersonators gathered at the Dallas Museum of Art (DMA) to set a new Guinness World Record in her honor.

Coinciding with Mexico 1900-1950: Diego Rivera, Frida Kahlo, José Clemente Orozco and the Avant-Garde, a landmark exhibition of over 200 works by the most influential mid-century Mexican artists at the DMA, Frida Fest-goers enjoyed dancing, documentaries, and cake; but the highlight of the evening was a shared attempt to set a new Guinness World Record for the largest-ever gathering of people dressed as Frida Kahlo.

Strict parameters were set for participation in the event, including a mandatory unibrow, a crown of at least three artificial flowers, a red or pink shawl and a long floral dress, as per the clear guidelines established by Guinness. Of course, true Frida fans know that the artist also proudly wore men’s clothing, but Guinness chose to focus on her most iconic look.

With a turn-out of over 1,000 participants, it’s safe to say that the museum’s efforts were likely a success, though it will take Guinness 12 weeks to review the application and officially announce that a record has been set.

Alongside the likes of Andy Warhol and Salvador Dalí, Frida Kahlo is one of the few artists whose personal style remains as recognizable as her oeuvre. This is largely due to her abundance of self-portraits, but also because of the progressive life she led. In addition to her critical contributions to the world of visual art, Kahlo was also a fashion icon and a fierce political activist.