The Best Restaurants In Dallas-Fort Worth, Texas 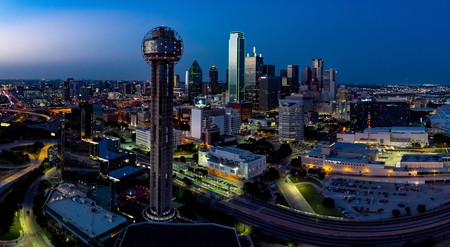 Dallas-Fort Worth, one of the largest metropolitan areas in the US, has long been overshadowed by trendy Austin’s gastronomic innovation. However, in recent years, Dallas has seen a culinary resurgence of its own. From haute cuisine classics to Dallas’ best barbecue joints and food trucks, we discover some of Dallas-Fort Worth’s best restaurants. 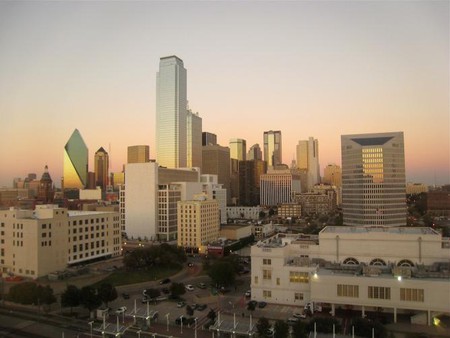 The French Room at the venerable Adolphus Hotel is the grand dame of fine dining in Dallas. The striking dining hall is outfitted in Louis XIV lavishness, with glittering custom-made Murano glass chandeliers and magnificent painted ceilings and ornaments. Dining at The French Room is to step back into another era, with impeccable service and French-inspired haute cuisine — lobster, foie gras and caviar are among the decadent favorites that regularly feature on the Chef’s Tasting Menu. The French Room is particularly famed for its elegant signature soufflé that, by all accounts, makes a perfect denouement to a classic evening. 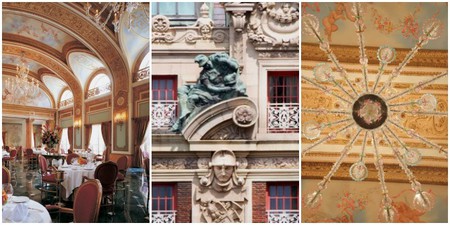 Chef Teiichi Sakurai is among the most exciting chefs in Dallas and a mainstay on the Dallas food scene. Having been nominated for the 2013 James Beard Award for Best Chef Southwest, Chef Sakurai’s Dallas restaurant, Tei-An – considered by many to be the best Japanese restaurant in Dallas – has won rave reviews and a loyal following for its authentic Japanese cuisine. While it serves a variety of dishes, Dallas locals come for Tei-An’s specialty – soba noodles. One of the very few Japanese restaurants in America to prepare its own fresh soba noodles, Tei-An’s soba noodles can be served hot or cold, with broths or dipping sauces. Some, like the Texas pecan dip, pay homage to Tei-An’s Texas location. In addition to its soba, other must-try local favorites are the white seaweed salad with its unique texture and flavor and the soba ice cream with Kuromitsu honey. 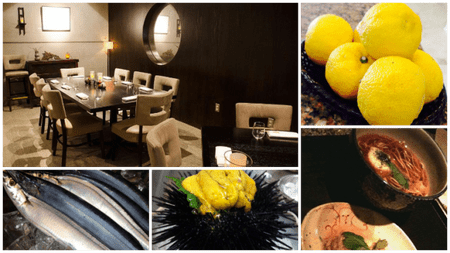 FT33 is Chef Matt McCallister’s thrilling debut restaurant; having opened in October 2012, FT33 brings a wave of creative freshness to the Dallas food scene, serving seasonal fresh ingredients that drive the design and flavor combinations of each dish. According to Chef McCallister, ‘I don’t print my menu until I know which ingredients are best that day. That should be the natural progression’. Indeed, FT33’s dishes are infused with a sense of creative naturalism where simple ingredients are brought together through an often surprising layering of flavors with an almost artistic sensibility. 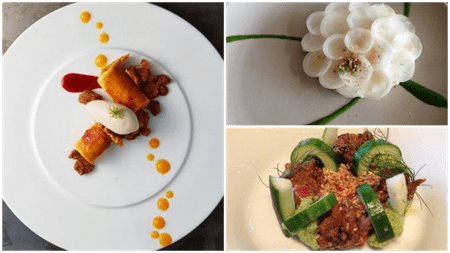 Café Modern in the Modern Art Museum of Fort Worth boasts of one of the most coveted locations in Dallas. Nestled in the visually stunning museum designed by world renowned Japanese architect Tadao Ando, Cafe Modern has been named as one of the ‘World’s Most Beautiful Art Museums.’ The concrete and glass encased semicircular cafe overlooks the serene reflection pool. Complementing the iconic architecture and modern art collection, Café Modern’s menu is fresh and seasonal, with ingredients sourced from local family farms and artisan producers.

Housed in a historic building that was once the Settles Garage in Dallas’ Bishop Arts District, Bolsa brought the New American farm-to-table concept to Dallas under Chef Jeff Harris. Now headed by Chef Andrew Bell, Bolsa continues its laid-back neighborhood fine dining tradition. Bolsa Mercado, Bolsa’s sister restaurant, is located just down the road. Headed by Chef Justo Blanco, Bolsa Mercado is by turns a deli, market, neighborhood cafe, and wine bar. It is an excellent brunch and lunchtime option with a wide range of sandwich options as well as their signature take home ‘Dinner for Two’ options. 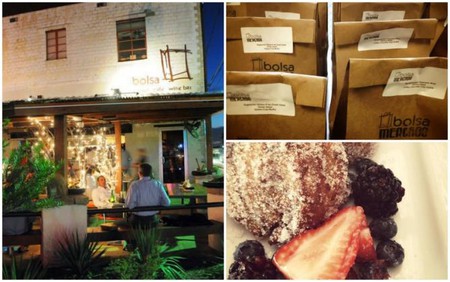 Hattie’s brings Low-country food from the Carolinas, Virginia, and Georgia coast to Dallas, taking traditional Southern comfort food and giving it a ‘fresh, modern twist for a surprising new flavor with a hint of home’. Anchoring the Bishop Arts District, Hattie’s opened its doors in 2002, ushering in its imaginative takes on Southern soul food classics, in a tastefully simple white tablecloth setting with fresh flowers and Southern vintage touches. Unsurprisingly, Southern classics shine on Hattie’s menu, including the fried green tomato sandwich, Low-country shrimp and cheddar grits and the buttermilk fried chicken. 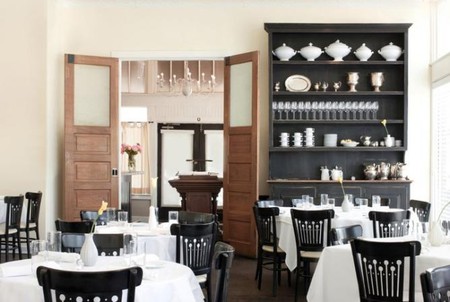 Arguably the best restaurant for weekend brunch in Dallas, Boulevardier opened its doors in 2012, bringing country French-inspired bistro cooking — with a Texan twist — to Dallas’ gastronomic scene. Classic French dishes like croque monsieur, bouillabaisse and charcuterie make it onto the menu; some of Boulevardier’s most raved-about items though are its Tate Farm Burgers and crawfish beignets, that give a clear nod to Louisiana cuisine. Simple and rustic, with a distinctly tasteful Gallic flair, the Boulevardier dining room wonderfully complements its French food with a Texan twist. 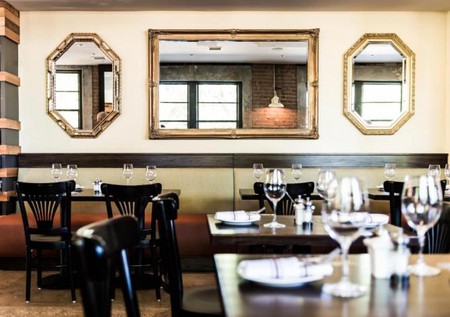 In a pizza landscape that includes everything from Chicago deep dish to New York thin crust and everything in between, Cane Rosso describes itself as ‘on a mission to bring authentic Neapolitan pizza to Dallas’. Cane Rosso is the brainchild of Jay Jerrier who, over ten years after his first brush with real authentic Italian pizza during a trip to Italy, launched a mobile catering oven in 2009, and a brick-and-mortar shop in 2011. In pride of place is a big handmade Stefano Ferrara wood-fired brick oven that produces some of the finest pizzas Dallas has ever known. 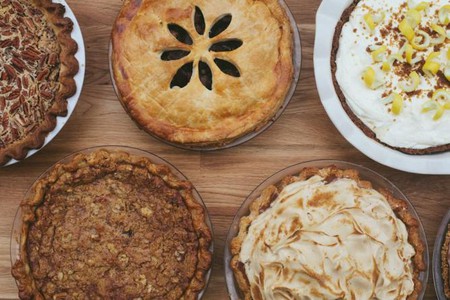 Smoked meats is a Dallas specialty, and Lockhart Smokehouse and Pecan Lodge represent the renaissance of the Dallas’ barbecue tradition, both of whom are relative newcomers to the barbecue scene. Lockhart Smokehouse was founded by the granddaughter of the longtime owner of Kreuz Market based in Lockhart, Texas; Pecan Lodge was started by management consultants-turned-barbecue-purveyors with a real taste for fine Southern cooking. Since then, both barbecue joints have been nationally lauded for their take on Texan barbecue. Be sure to try the shoulder clod from Lockhart and the three meat plate with an order of ‘hot mess’ from Pecan Lodge. Decide who takes top laurels for best barbecue in Dallas. 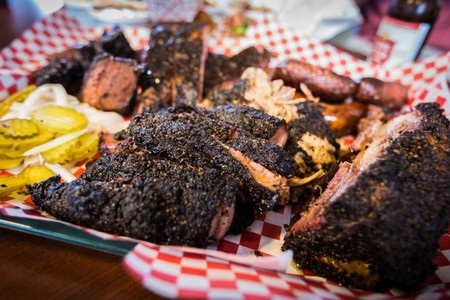 Following in the footsteps of foodie trendsetters –LA, Portland, and Austin –Dallas has its own raft of unique food carts that roam around the city, communicating with their loyal followers via Twitter and Facebook. Two of these trucks, Nammi Truck and Easy Slider are making waves for their excellently prepared foods on the go. Nammi Truck brings the classic Vietnamese bánh mì sandwich to Dallas, which has long been craving an authentic bánh mì shop. Now, diners can satisfy their bánh mì cravings at Nammi’s Valley View store, complemented by a Coolhaus ice cream sandwich. Ever since Easy Slider Truck rolled onto the Dallas food truck scene, it has drawn non-stop accolades. Headed by duo Caroline Perini and Miley Holmes, Easy Slider injects the simple American burger with some welcome innovation and creativity, combining different ingredients and flavors into their sliders. 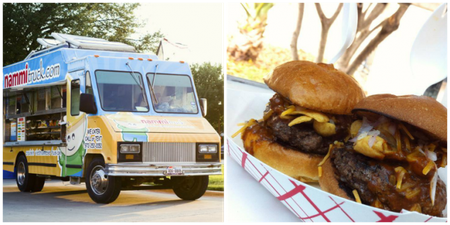