Hungerlust: BBQ in Texas Is All About Community and State Pride

In Austin, Sam’s Bar-B-Que is just as much a gathering place for the community as it is a space for good old-fashioned Texas BBQ. It’s run by local legend Brian Mays and his brothers, who have kept the spot open despite gentrification and million-dollar offers to buy the land.

At Sam’s Bar-B-Que, the community is just as important as the food. The famous BBQ joint has remained an East Austin staple since opening more than 60 years ago – it’s a shrine to blistered ribs and a meeting point for the neighborhood. 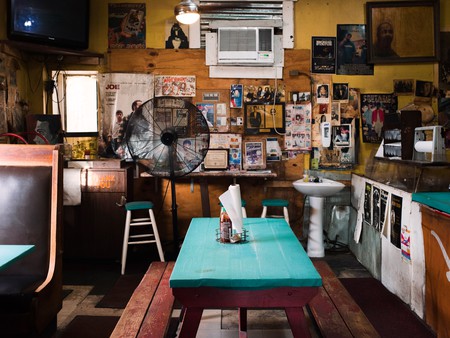 The interior is plastered with memorabilia, a reminder of how many people love Sam’s | Matthew Johnson / © Culture Trip 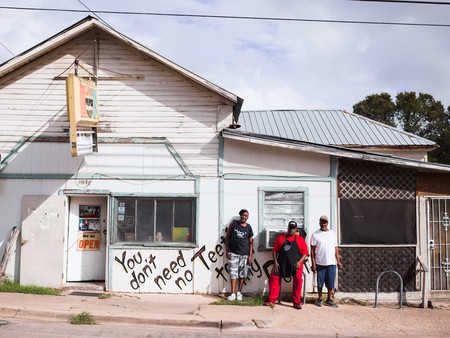 A tight-knit family runs this BBQ place in Austin

At the helm of the operation is Texas pit master Brian Mays, the third-generation owner. He took over the business from his father, who had succeeded his father. Mays has become something of a local celebrity at Sam’s; he’s known for his toothless grin and the catchphrase that goes with it: “You do not need no teeth to eat my beef.” Nowadays, Mays runs Sam’s with his wife, Dorothy, brothers Aaron and David and daughter Tameka. It’s here in this white house, its sides painted with colorful, towering murals, that there’s a confluence of BBQ and community. 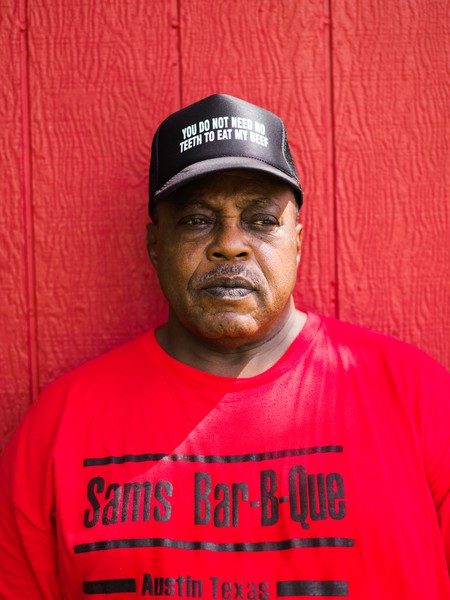 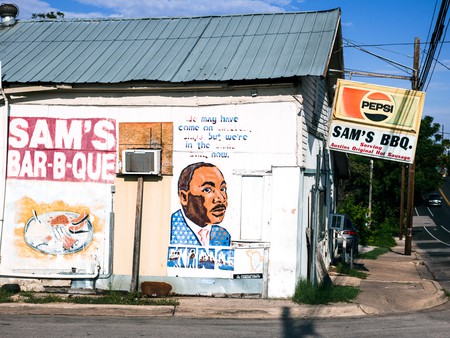 Stationed in a white house, Sam’s has been around for almost 60 years | Matthew Johnson / © Culture Trip

With Dorothy behind the counter and Tameka working the books, Brian and his brothers, who are also pit masters, make Austin’s famous BBQ. They smear slabs of meat with a spice-flecked rub, piercing each hunk with long tongs to move it in and out of the smoker. The brothers can be seen opening and closing the massive metal smoker on repeat, tossing in sausage links, brisket, ribs and mutton. The meats emerge glistening from the depths of the smoker, blackened and charred on the outside yet delicately tender and pink on the inside. 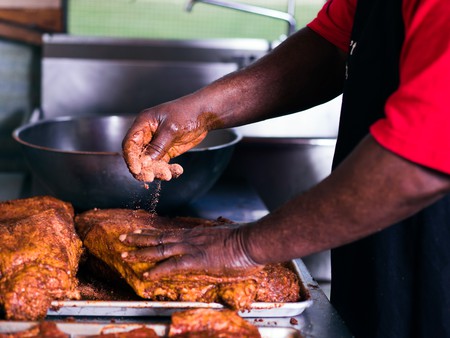 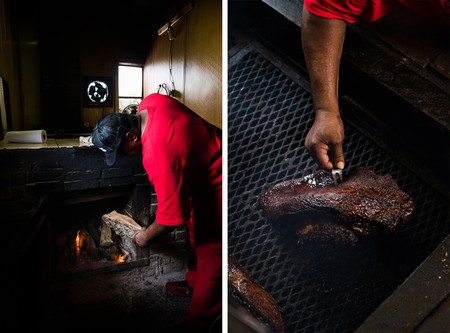 The Mays brothers operate the smoker together, tossing slabs of brisket and racks of rib into its cavernous mouth | Matthew Johnson / © Culture Trip

“When you do BBQ, you gotta love it,” Brian says.

To serve, brisket is sliced into thin slabs, ribs are wrenched apart into single pieces, and sausage is chopped into rounds. Hunks of meat are arranged on plastic plates, flanked by a pile of mac and cheese and baked beans. This is uncomplicated, straightforward comfort food, crafted and distributed by people who feel more like family than servers. This classic plate is certainly part of the reason Sam’s has endured as one of Austin’s quintessential BBQ joints. 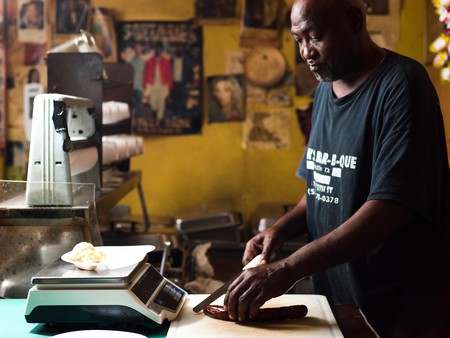 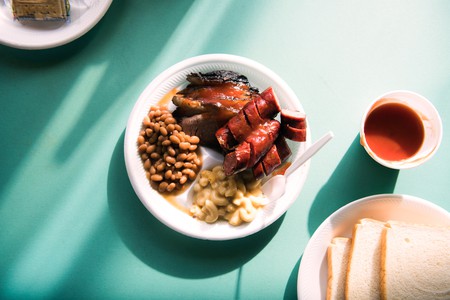 How this BBQ joint in Texas has reacted to change

Despite the fact that Sam’s has preserved its BBQ reputation, the spot is under constant attack. As Austin continues to grow and evolve, neighborhoods such as East Austin fall under the threat of gentrification. Over the past few years, locals have noticed a steady stream of change: businesses have shuttered, fancy apartment buildings have soared skyward, and the population of what used to be a predominantly black neighborhood is quickly changing.

With these changes in full effect, the Mays brothers have been fielding offers from developers looking to buy the property and replace Sam’s with a residential building. Even with high offers (some of which run to seven figures) perpetually coming in, Brian is hardly looking to sell out.

“It ain’t about selling my business or getting money,” Brian says. “It’s about helping my community.”

BBQ in Texas remains strong at Sam’s, thanks to the community

However beleaguered it may be, Sam’s has persevered, becoming an ever more important gathering place for the community. Brian has banded together with his East Austin neighbors, urging locals to create unity and frequent the place as often as possible to keep it afloat. 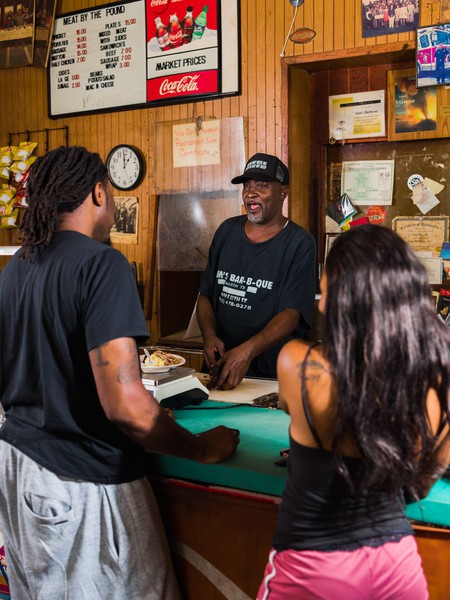 Sam’s is a kind of shrine to community, so it’s only natural that regulars and tourists alike would want to help save the business. Photographs – some tattered, some pristine – of locals and celebrities plaster the space, a visually poignant reminder of the immense number of people who love Sam’s. At all hours of the day, the restaurant brims with friends and families crowding around tables, tearing away at ribs. When he’s not behind the smoker, Brian can often be found playing a game of chess with regulars or posing for photos with first-timers. It’s undeniable that this room swells with East Austin pride. 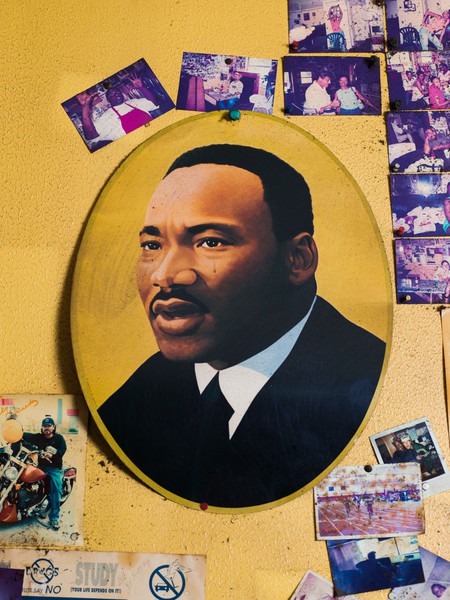 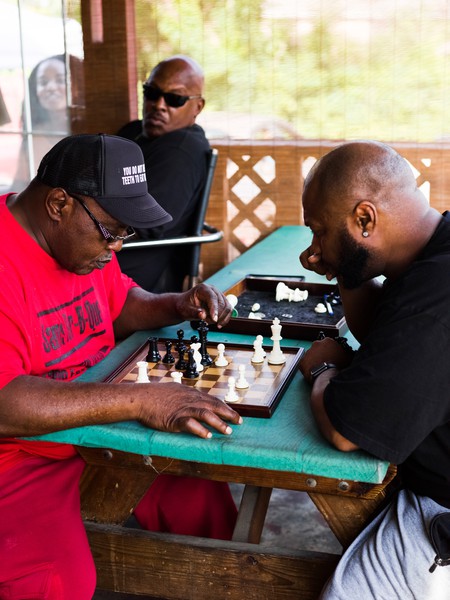 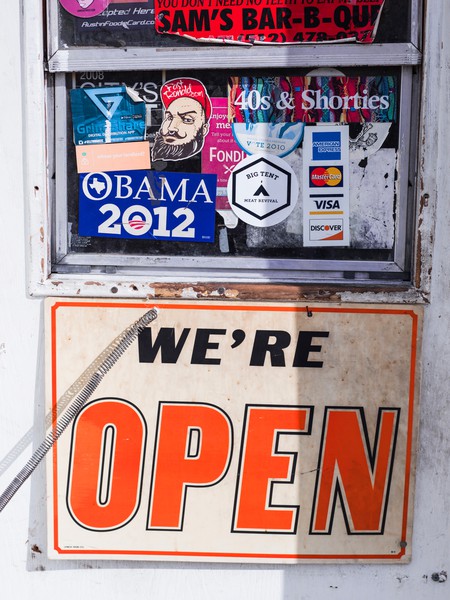