How to Spend 48 Hours in Fort Worth, Texas 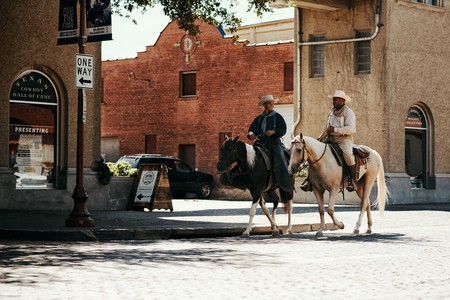 Cowboys in Forth Worth Stockyards | © Nevskii Dmitrii / Shutterstock

A gleaming glass city growing out of the Texas plains, Fort Worth is the perfect blend of old and new, country and city, and a destination to put at the top of your list.

Start with Western roots of driving cattle along the Chisholm Trail. Add in a dash of modern-day cowboy culture, a sprinkling of skyscrapers, a good helping of world-class museums, and a whole lot of excellent cuisine and culture, and you have Fort Worth. It’s where men still tip their hats to ladies walking through the Stockyards, and where hipsters convene for coffee and craft beer in Near Southside. If you have 48 hours to spend in Cowtown, we’ve got recommendations for how to spend your time “Where the West Begins.” 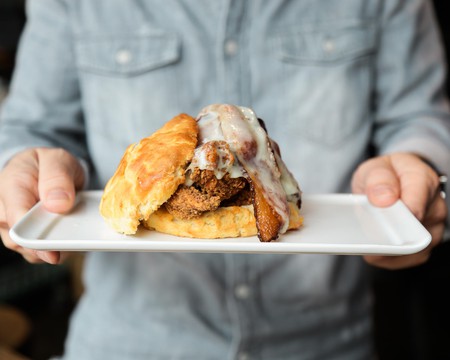 This revitalized area of Fort Worth, located south of downtown, is known for its creative and indie vibes with numerous restored buildings mixed in with new construction projects. Often called “Magnolia” after one of its most popular streets, the area is full of restaurants, businesses, and residential pockets. People refer to this area as “hipster” and “artsy,” but the nearly 1,400-acre-district offers walkable and bikeable streets and incredible eats. Start your day here with a cup of coffee from Avoca Coffee Roasters, a local favorite for artisan, micro-roasted beans. For a full breakfast, head to Brewed, known as the “locals living room.” Brewed serves coffee, craft beer, wine, and all-day grub, but its breakfast and brunch items are a great way to start any day in Fort Worth. Local faves include the chicken and waffles and the “Twisted Texas Toast” with battered ciabatta bread, bacon and ham barbecue, provolone cheese, and two fried eggs. For more Tex-Mex flair, try Tina’s Cocina, where you can get chilaquiles, breakfast burritos, huevos rancheros, and other traditional breakfast dishes.

Head west for lunch at Swiss Pastry Shop, a Fort Worth staple. The place started as a bakery in 1972 and has since become one of the best little lunch spots in the city. The Fort Worth cheesesteak—tender, pecan-smoked New York strip steak with caramelized onions and queso blanco—never disappoints, and the burgers are all solid. Don’t leave without a piece of Black Forest cake, as it’s what the shop is known for. Don’t worry, it’s not really “cake,” as it’s flourless and made with baked meringue layers, so you won’t feel too gluttonous post-meal. After lunch, head north toward the Cultural District, where museums abound. The Fort Worth Museum of Science and History is a great place for children, with multiple interactive exhibits, a planetarium, and an IMAX domed theater. The National Cowgirl Museum celebrates the women that helped shape the American West and includes artifacts such as Annie Oakley’s wedding ring and gun. For art, the Kimbell Art Museum, The Modern Art Museum, and the Amon Carter Museum of American Art all offer impressive and extensive collections.

Pro tip: The Modern Art Museum has an eatery, Cafe Modern, which serves lunch, brunch, dinner, and has a full-service bar. The cafe also does wine dinners, so check its site and make sure to sample something from here, as the cafe is one of the best places to dine in the city. 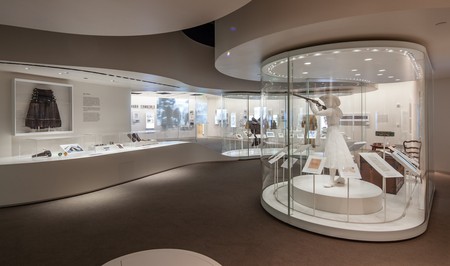 Fuel up for a night out on the town at Joe T. Garcia’s Mexican restaurant, a Fort Worth institution. Joe T’s has been open since 1935 and started out as a small 16-seat restaurant. Today, the restaurant can accommodate more than 1,000 people and has a sprawling patio, gardens, and a small pool. The margaritas are a must; try them on the rocks under some shade on the patio.

Pro tip: Don’t be surprised when you don’t get a menu at Joe T. Garcia’s. The restaurant doesn’t give out menus (except at lunch and brunch), and it’s understood that you either order fajitas or enchiladas at dinner. Joe T’s is also cash-only, so come prepared or expect to wait in line at the on-site ATM.

After dinner, make your way to the Stockyards, a National Historical District and the true heart of Fort Worth. Between 1866 and 1890, cattle drovers trailed more than 4 million head of cattle through Fort Worth and up the Chisholm Trail—it’s where the city’s “Cowtown” nickname comes from. Fort Worth was the last stop along the way for rest and supplies before crossing the Red River into Indian Country. Today, the Stockyards remembers tradition with an overall Western atmosphere and twice-daily cattle drives along Exchange Avenue. On Saturdays and Sundays, visitors can catch Pawnee Bill’s Wild West Show—a historical reenactment of the original Pawnee Bill’s Wild West Show with trick roping, trick shooting, and cowboy songs. Nighttime in the Stockyards means bar hopping and a show at Billy Bob’s Texas, a music venue known as the “world’s largest honky tonk.” Popular bars are Whiskey Girl Saloon, White Elephant Saloon, the Thirsty Armadillo, and The Basement Bar. After a long night out, hang your hat at the historic Stockyards Hotel (opened in 1907), Hyatt Place Fort Worth Historic Stockyards, or Miss Molly’s Hotel, which is said to be haunted. 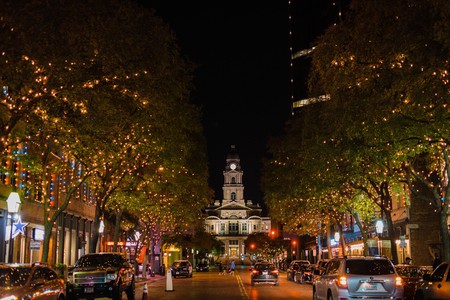 A trip to Fort Worth isn’t complete without seeing downtown. Get a great cup of joe at Sons of Liberty Coffee or have breakfast at Yolk, which also serves specialty juices, its own brand of premium coffee, and basically anything you could ever want for breakfast. Little Red Wasp serves a tasty brunch, with menu items like brisket pot stickers, French toast, corned beef hash, and a short rib Benedict. After fueling up, roam through the downtown streets and shop for everything from Western wear to business attire.

Pro tip: Spend some time in Sundance Square. There are shops and restaurants all around the area, but the tables around the water fountains are a nice place to rest your feet and watch children run through the water.

Afternoon: Visit a distillery or brewery

Although it’s about six miles southeast of downtown, a trip out to Whiskey Ranch is a memorable, only-in-Fort-Worth experience. Whiskey Ranch is home to Firestone & Robertson Distilling Co., which makes the beloved TX Whiskey and TX Bourbon. The company has only been distilling at the Whiskey Ranch location since early 2018, but the venue itself is worth a visit. Upon arrival, guests can gawk at the towering still—the largest west of the Mississippi—before walking around the sprawling complex or playing cornhole on the back patio behind the bar. The distillery has downtown views, and is on an active 18-hole golf course, the only one of its kind in the U.S. currently. Creative whiskey cocktails are served at the bar, and an attached gift shop offers necessary souvenirs like whiskey (duh), apparel, and insulated cups and mugs. Public tours are starting soon, which will offer a behind-the-scenes look at the production and bottling process (the bottling room is on-site as well). For the beer crowd, a trek down the Fort Worth Ale Trail is a must. Participating breweries include Collective Brewing Project (its sour beers are perfectly tart and fruity), Martin House Brewing Company (excellent variety), HopFusion Ale Works, Rahr & Sons Brewing Company, Wild Acre Brewing Company, and more.

Pro tip: For Whiskey Ranch, check the website to see when tours are scheduled, and for updated open hours. You can download the Ale Trail passport here. 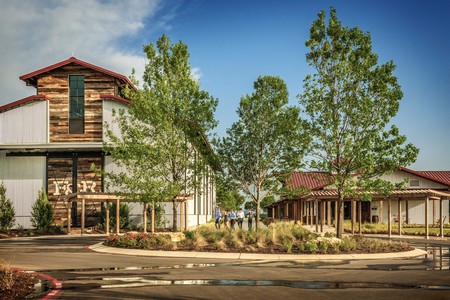 Evening: Dining for every palate

Head back towards downtown for a variety of delicious dining options. For an upscale dining experience and a perfectly cooked steak, try Del Frisco’s Double Eagle Steakhouse. For classy modern American cuisine and a fantastic craft cocktail, indulge at Grace. Texan fare and a lovely rooftop patio at Reata is a great choice, too. From Cajun to deep-dish pizza and sushi to burger joints, downtown dining options are excellent for everyone.

For world-class opera, ballet, symphony, and other musical concerts, spend your evening at the beautiful Bass Performance Hall, which seats more than 2,000 people and has an elaborately painted domed ceiling inside and two 48-foot angels sculpted from Texas limestone on the exterior. For a night on the town, the West 7th area is about a 10-minute car ride away from downtown and, just west of the Trinity River, is a great spot for bar-hopping and meeting new people. Rest your head after a long day at The Ashton Hotel, or the Omni Fort Worth Hotel, both located downtown.