The Best Hotels in Galveston for Every Traveler 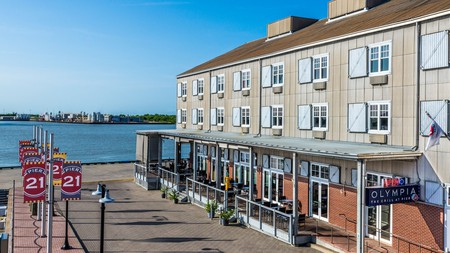 Relax along the Gulf Coast on a trip to the island city of Galveston, Texas | Courtesy of Harbor House Hotel and Marina at Pier 21 / Expedia

The island city of Galveston, Texas has plenty of things to do – whether you want to visit the Moody Gardens or Galveston Island Historic Pleasure Pier. This Lone Star State destination is served by a pleasing array of places to stay – how about a historic getaway that once served as a makeshift White House? Or perhaps a dockyard boutique is more your style. Whatever your needs, Galveston has something for you. 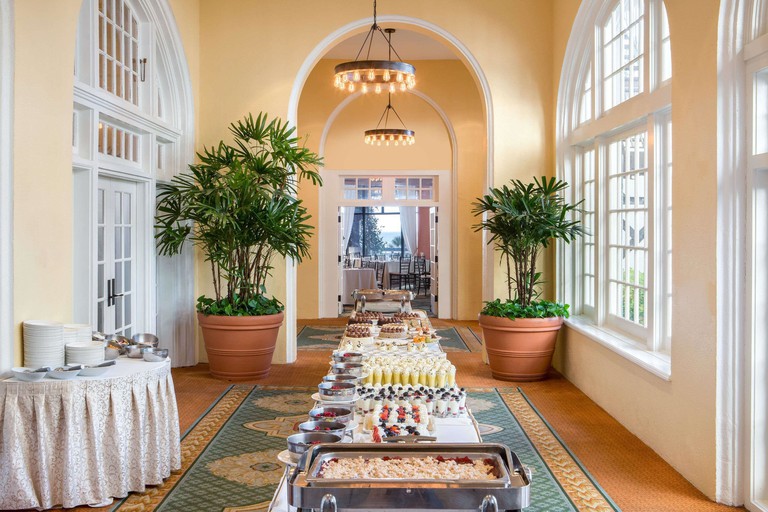 Courtesy of Hotel Galvez and Spa, Wyndham Collection / Expedia
View Rooms
Once known as the Queen of the Gulf, this six-story Spanish Colonial hotel impresses with its grand exterior and palm-tree-lined driveway. Built in 1911, it’s played host to Frank Sinatra and Dean Martin, served as a US Coast Guard facility in World War II and even acted as a temporary White House for Franklin D. Roosevelt. It’s not all rooted in the past, though – a heated saline pool, seasonal swim-up bar and electric vehicle charging stations are very much of the moment.
More info 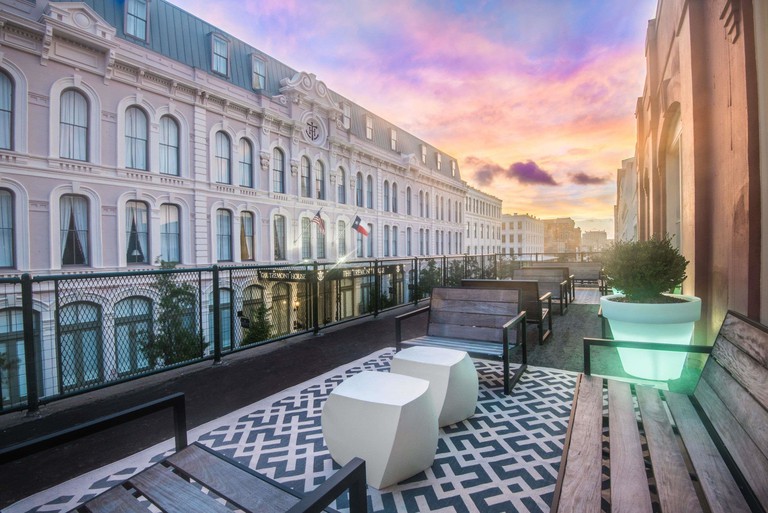 Courtesy of The Tremont House / Expedia
View Rooms
The Tremont House first opened in 1839 – the same year Galveston was chartered – but was ravaged less than 30 years later by a great fire. A second iteration suffered an equally devastating fate. But the third and current hotel is, thankfully, thriving. Guests stay in high-ceilinged rooms with custom furnishings and can enjoy signature cocktails at the rooftop bar while enjoying views over the harbor. Head to the atrium on Fridays and Saturdays for live jazz and local craft beer at the Toujouse Bar.
More info 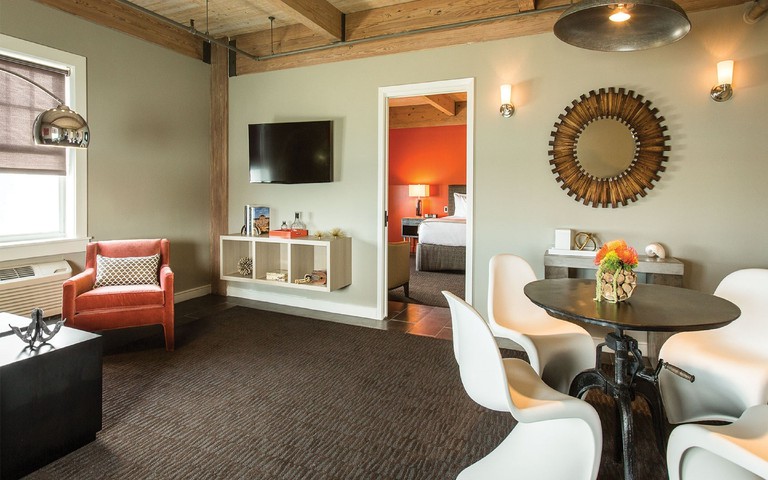 Courtesy of Harbor House Hotel and Marina at Pier 21 / Expedia
View Rooms
From the outside, Harbor House brings a dockyard aesthetic in keeping with its surroundings. Inside, however, it’s surprisingly cozy. Rooms give a subtle nod to the industrial setting with wooden ceilings but warm hues and one-off art pieces soften the look. Open your window for salty-aired breezes and views over Galveston Harbor. And for more maritime fun, make sure to visit the 1877 Tall Ship Elissa and Texas Seaport Museum.
More info 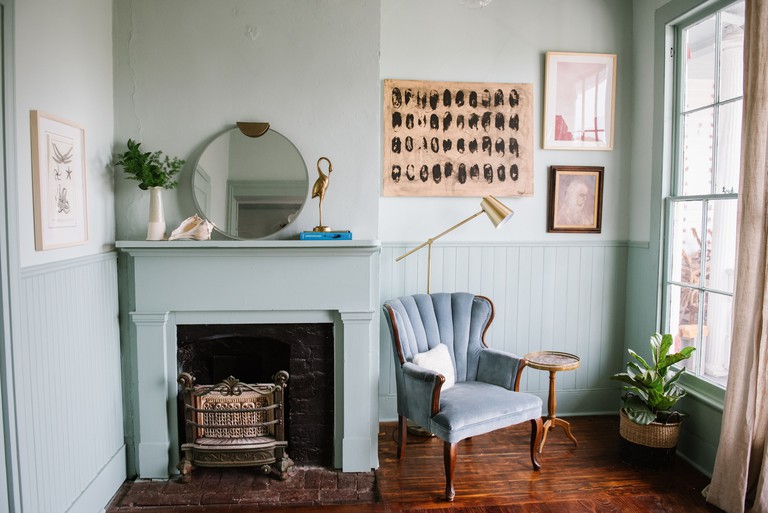 Courtesy of Carr Mansion / Expedia
View Rooms
Carr Mansion is a restored 19th-century Greek Revival grand house, close to the Pleasure Pier and the Strand. The B&B packs plenty of character – room colors vary dramatically, but the homely rugs and nautical touches, along with vintage furniture, tie it all together. Guests receive a complimentary continental breakfast on weekdays and full breakfast on weekends. Rooms also come with a golf cart and a bike for exploring the neighborhood.
More info 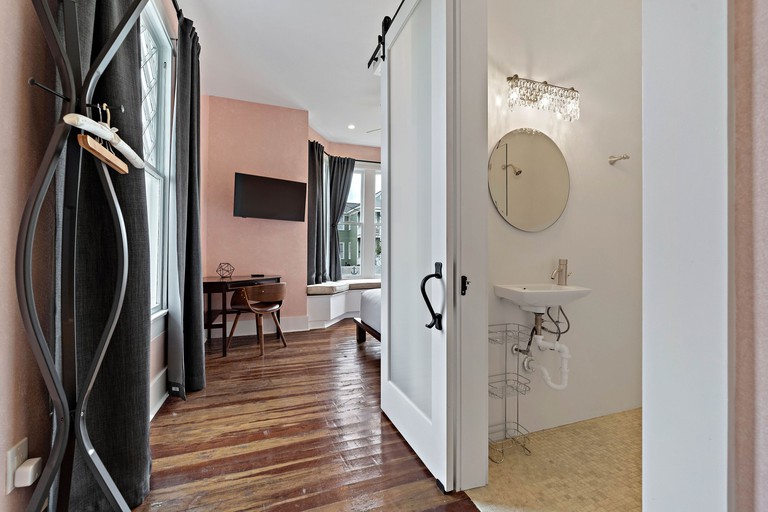 Courtesy of Domum de Vencé / Expedia
View Rooms
Stay in a 19th-century inn painted in a striking sky blue, in which high ceilings and restored original wooden floors transport you back to a simpler time. Its uncluttered interior includes ensuite rooms with golden finishes in the bathroom and light fittings above the mirror. All the main attractions of the Strand Historic District are nearby or, if you’re looking for a nature fix, Big Reef Nature Park with its varied birdlife is a 10-minute drive away.
More info 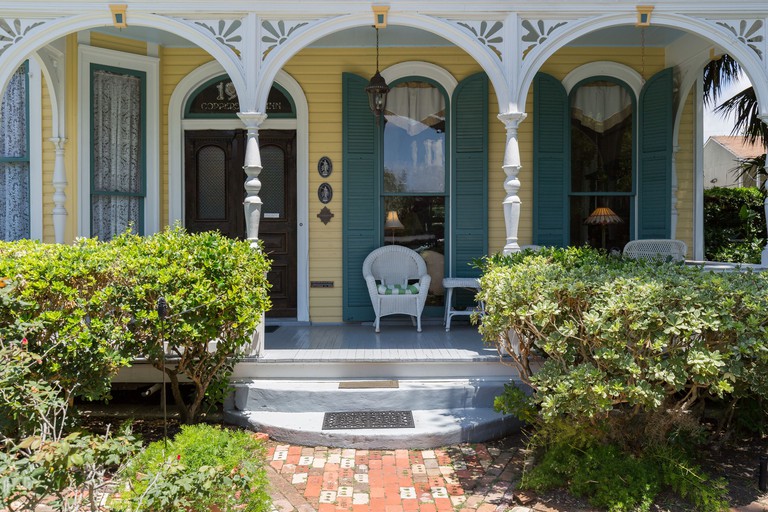 Courtesy of Coppersmith Inn / Expedia
View Rooms
This historic B&B is a fine example of late-Victorian architecture. Stained glass windows, chandeliers and immaculate woodwork bring the interior to life. An American breakfast is served every morning, and guests can mingle in the seated garden area surrounded by greenery. Rooms at the B&B come complete with a balcony and fridge. The Cottage and the Carriage House suites, located in the garden, each offer a private entrance and porch.
More info 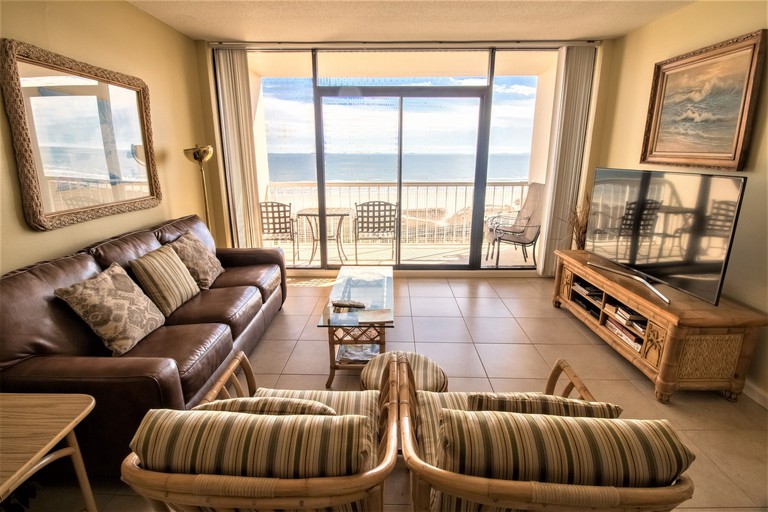 Courtesy of The Galvestonian / Expedia
View Rooms
The Galvestonian features a charming collection of beachfront condos with up to five bedrooms, a full kitchen and a balcony with ocean views. Guests benefit from two tennis courts, while the resort’s manicured grounds look over Galveston Beach. Hide from the heat in the pool – dreamy views of the sands included – and dry off on the large deck. Afterwards, gather in the picnic area having made good use of the complimentary grills.
More info 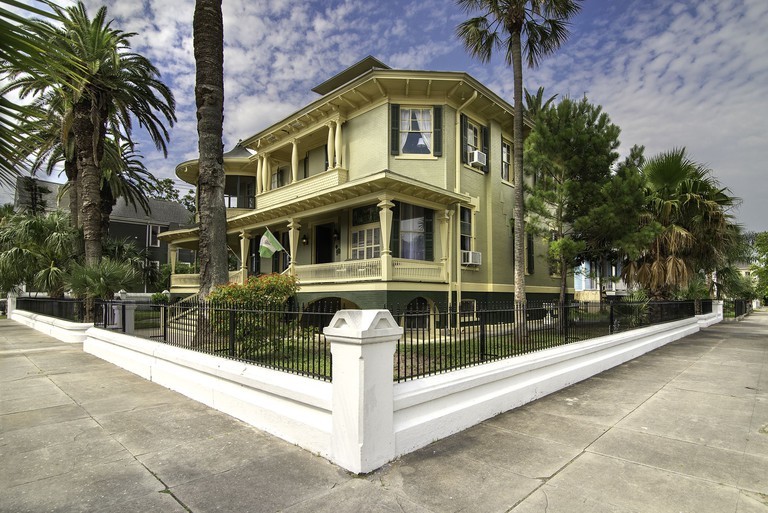 Courtesy of Schaefer Haus / Expedia
Book Now
With a distinctive yellow-painted exterior and a selection of antique furniture, this upmarket B&B is an architectural delight at practically every turn. Guests start the day with a buffet or American breakfast before heading to the shared lounge and terrace to mingle. When it’s time to explore, you can walk to the Strand Historic District or visit Seawall Urban Park, where a 10mi (16km) stretch is ideal for bike rides.
Open In Google Maps
1711 Postoffice Street, Galveston, Texas, 77550, USA
+14094976325
Visit Website
Give us feedback 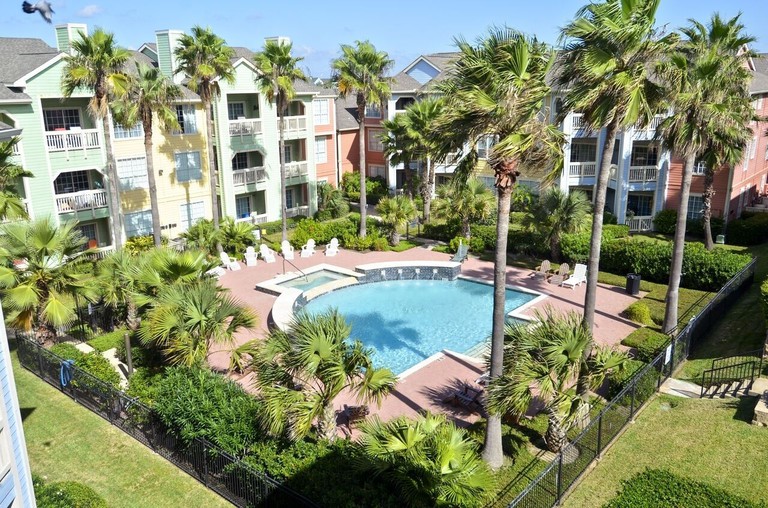 Courtesy of Absolute Paradise Beach Condo / Expedia
Book Now
With a name like Absolute Paradise, guests’ expectations are sure to be high – thankfully it delivers. The condo has a lot to offer with its seawall location, ocean views and a neat swimming pool surrounded by palms. The living room and both bedrooms come with HD TVs, and guests can take advantage of the gym equipment overlooking the lapping waves. The bamboo furniture and beach-ready decor create a homely feel.
Open In Google Maps
#1031, 7000 Seawall Boulevard, Galveston, Texas, 77551, USA
+18772739709
Visit Website
Give us feedback

This Instagram-worthy Greek-Revival building has a rich history dating back to the 19th century. It’s now a B&B and event venue with six guest bedrooms and private baths. There’s a vintage feel to the interior, with patterned sofas from a different era and a downstairs piano. The Lasker’s rooftop observation deck allows for some serious stargazing – in line with the inn’s romantic overall feel.