‘Hey, Marfa’ by Jeffrey Yang, a Meditation on the Strangeness of Marfa, Texas 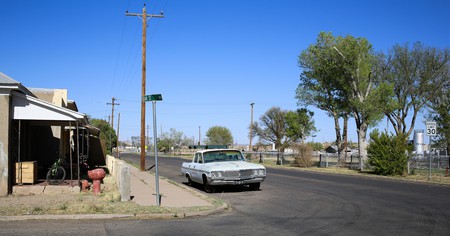 The town famous for its surreal contradictions gets a collection of poetry worthy of sharing its name.

Located just north of the Mexico-United States border, Marfa, Texas is a strange small town whose main industry is art. Filled with galleries and artistic residencies, Marfa is an unexpected hub for the artistic community, considering its population hovers around 2,500. In the middle of the desert spring sculptures, like the Prada store on the empty highway, which maintain a distinct Texas sensibility while appealing to contemporary artists. The town also has a large immigrant community whose members have worked on local ranches for generations. Inspired by this incomparable place, Jeffrey Yang, poet and translator, has pulled together a meditation on place, identity and art. 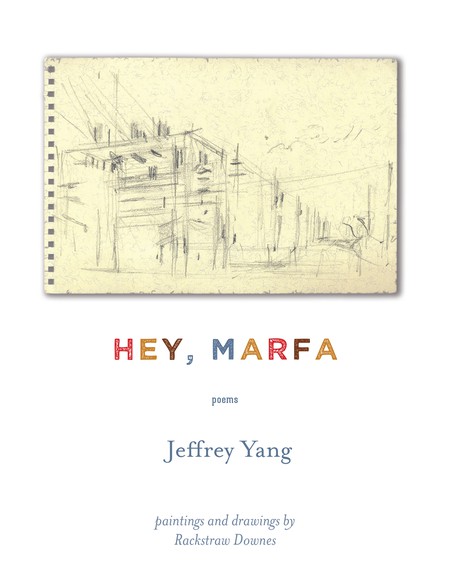 Hey, Marfa (due out October 2, 2018, from Graywolf Press) is Yang’s third book of poetry. His global perspective is seen clearly as he explores the experiences of immigrants from all over the world. Here, Yang juxtaposes desert imagery with insights into the lives of Asian, African and Latin American immigrants and the cultures they bring to this town in the American West.

The history of Marfa is important to Yang’s approach to the city. In examining Marfa’s past, Yang writes:

Most of the residents’
first tongue is Spanish
Others have come and gone
over the years
like those found sealed in a freight car
of copper ore, dying of thirst,
jailed, then deported with thirty more
back East, 1908.

Artist Donald Judd moved to Marfa in 1979 and brought with him an artistic community that has never left. It is his distinctive rectangular sculptures that dot the Marfa horizon. 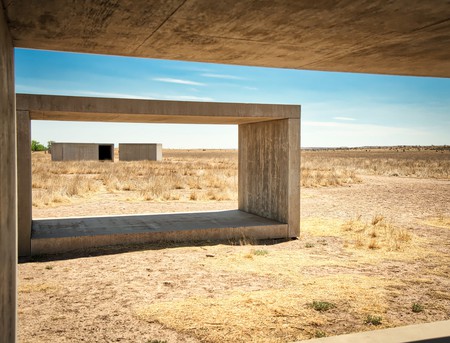 These concrete works by Donald Judd were the first works to be installed at the museum and were cast and assembled on the site over a four-year period, from 1980 through 1984. | © sbmeaper1 / Flickr

Poetry might be the best way to explore such a unique place, full of contradictions that make sense only through a poet’s lens, but Yang does provide illustrations (by artist Rackstraw Downes) and photographs that further illuminate Marfa. This book aims to bring readers into a specific place, and Yang uses every tool available to him in order to accomplish this.

His poems range in style from traditional couplets to experimental forms, scattering words across the page and playing with how the reader interacts with the text. Some of the poems bring history to the collection, referencing and quoting ranchers’ journals from the 1800s as well as more recent history. He examines big figures in Marfa history, like Judd, but he looks at small figures too, like Cecilia “Thompson, the local / historian, / is almost blind, she / gives tours if you drive.”

The collection is also dotted with several poems about a location character, or perhaps an amalgamation of characters, Gunslinger Stra:

Gunslinger Stra steps into the bar
and asks me if I have any last words.
I say, “No…,” but then he shoots me
(with his open fingers of course).

As Marfa grows in the cultural zeitgeist, Hey, Marfa captures the spirit of this eccentric, idiosyncratic, incomparable town. Yang writes:

Hey, Marfa
grant us the grace
of a certain candor
and the firm perswasion [sic]
to vow for more
than what is offered
by the news
each day
Each
seed sown
in your fertile sands
rain
drops water
polyps
pop out, branch
ing into sun
desert coral.