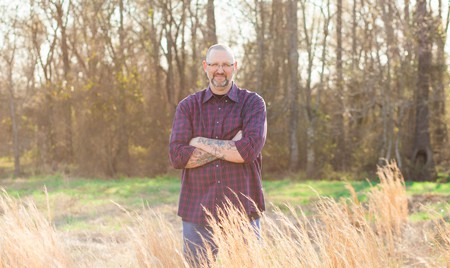 Greg Ostertag is a former NBA player | © The Ostertag Group

Former NBA player Greg Ostertag and his wife Shannon have invested more than $2 million in restoring Mount Vernon, Texas. The small town has a population of less than 3,000 and is located 100 miles northeast of Dallas.

Greg and Shannon Ostertag sit on their porch watching chickens and turkeys prance around the farmland.

After retiring from his professional basketball career, Greg wanted to return to his small-town Texas roots, so he and Shannon settled in Mount Vernon in 2015. Located off I-30 between Dallas and Texarkana, the northeast Texas town has historically been a weekend lake getaway for those looking to escape the city (Dallas is 100 miles away).

While he enjoys tending to his farm animals and spending countless hours on his tractor, Greg isn’t necessarily living a life of anonymity—and it’s not just because he’s 7ft 2in.

The Ostertags have invested more than $2 million in a local restoration project designed to improve Mount Vernon and its quality of life, and to encourage tourism. 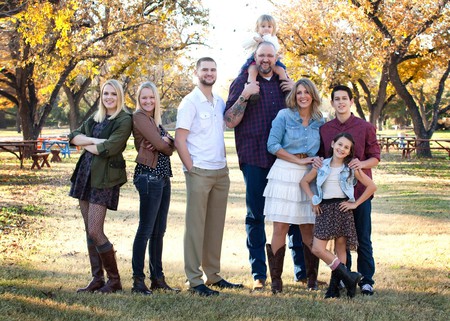 The Ostertags moved to Mount Vernon, Texas, in 2015 | © The Ostertag Group

“When we first came here, my goal was to sit around on the farm and take care of the animals and do that kind of thing,” Greg says with a laugh. “My wife got this idea to try to restore the town and we’ve been doing it since.”

The Ostertag Group was established in 2016 for that exact purpose. The collective of different brands, including Ostertag Construction, was created with the goal of “restoring and preserving small-town living for current and future generations to enjoy.” 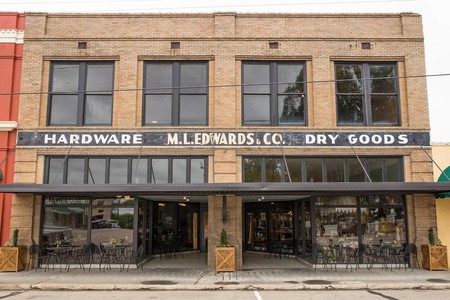 M.L. Edwards & Co. was recently added to the National Register of Historic Places | © The Ostertag Group

Their first big project was M.L. Edwards & Co., a general store and funeral home originally built in 1900. In conjunction with the Texas Historical Commission and the National Park Service, the 11,000sq ft property was remodeled and upgraded to a general store, café, and private event venue. The space, which features locally sourced food and retail items, was recently added to the National Register of Historic Places. It was also awarded the Best in Texas Historic Restoration Award by the Texas Downtown Association.

“A lot of times people think of building restoration as fixing doors and windows, but it’s about preserving history and what the place means to the town because if it isn’t preserved it’s going to be gone,” Shannon says. “This small town experience is really worth saving. It’s really why we do what we do.” 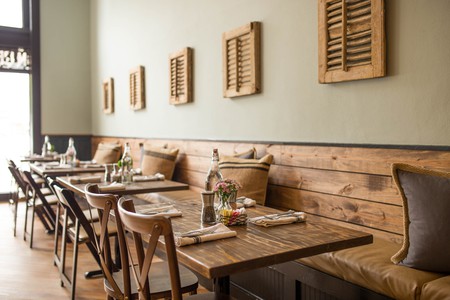 The Mount Vernon area was originally settled in the 1840s. The first town, called Keith, was changed to Lone Star in 1850, before becoming Mount Vernon in 1875. Mount Vernon is one of nine places in the state to be designated a “Texas Treasures” city by former Texas First Lady Anita Perry.

“It’s one of those small towns where everybody knows everybody’s business, and everyone gets along,” Greg says. “I love it because it’s a small town. In a city it’s hustle and bustle; the faster, the better. Here, nobody is in a hurry.”

The Ostertags’ next project is to establish and expand ownership pride throughout the town. Their plan is to build bungalows and cottages on many of the town’s empty lots to encourage homeownership—something that isn’t as prevalent in the getaway locale as it is elsewhere. Shannon says homeownership in Mount Vernon is approximately 50 percent compared to rental, while the statewide average is closer to 70 percent. As their website says, it’s all about big dreams for small-town living.

“When you’re part of small community it gives you chance to be part of something bigger than yourself,” Shannon says. “You can get lost in a big city, but here you can do stuff to make a difference. It’s been rewarding.”