Forget the Texas Giant, Here’s the Real History of the Six Flags Over Texas 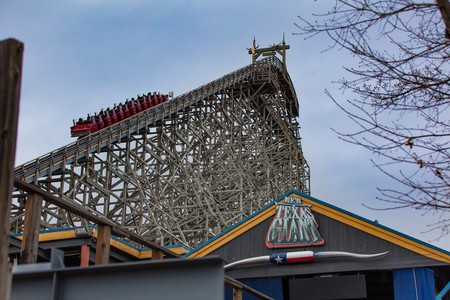 Ever wonder why those theme parks around the world are called “Six Flags”? Where are the flags? And why are there six? It’s a Texas Giant-sized conundrum for many, but not for many Texas natives. The story behind the Six Flags theme parks starts with a bit of Texas history, so gather around the campfire and here we go!

Texas as we know it may not be that old, but it has had plenty of sovereigns in its heyday. The Spanish conquered native tribes of Texas and flew their colors from 1519–1685 and 1690–1821. Most people don’t know, but between 1685–1690 the French had a brief stint of ruling over the Lone Star State. Texas became a part of Mexico when it gained independence from Spain in 1821, and flew the red, white and green Mexican flag from 1821–1836.

The battle cry of “Remember the Alamo” rallied Texas revolutionaries in the Texas fight for independence after the pivotal Battle of the Alamo in San Antonio. Soon after in 1836, the Lone Star State flew its own flag as the Republic of Texas until 1845 when it was inducted into the U.S. While Texas flew the U.S. flag until 1861, it was one of many states to attempt to secede into the Confederate States of America until 1865, when the Union won the Civil War and Texas once again flew the U.S. flag.

Spain, France, Mexico, the Republic of Texas, the Confederacy and the U.S. – that’s six flags that flew over Texas. But what does that have to do with the Six Flags theme parks? Texas native and real estate developer Angus G. Wynne, Jr. was inspired to create a theme park after visiting Disneyland in California. With investors on hand, it took him a year to build the first Six Flags park, a 205-acre theme park in Arlington, Texas, a short drive between Dallas and Fort Worth. In August of 1961, the original Six Flags Over Texas theme park opened to the public. 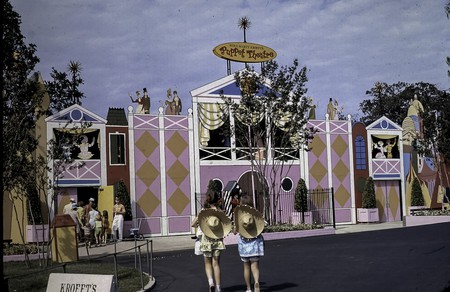 When the flagship park opened in Arlington, there were six themed areas, each of which representing one of the six flags that flew over Texas. Over the years, the themed areas have merged so that today Mexico and Spain are combined in one section and France and the Old South (Confederacy) in another, while Texas and the U.S. have their own areas.

The six flags of Texas flew over the Six Flags Over Texas theme park for 56 years, until in 2017, when the flags of Mexico, Spain, France, the Confederacy and Texas Republic were taken down. The decision was sparked by a call across the nation for businesses to take down Confederate flags, which continue to symbolize racism and slavery in the South. The Six Flags theme parks decided to fly six American flags over the park from there on out.

While new sections have been added to the original Six Flags Over Texas theme park – including Gotham City and Boomtown – a little bit of Texas history remains in the name. This tidbit of history may not come up while you’re falling 200 feet down a rollercoaster at one of their theme parks, however it’s a bit of fun trivia to share as you wait in line for the next thrilling ride!