Float On Over To Mary Poppins At The Hobby Center 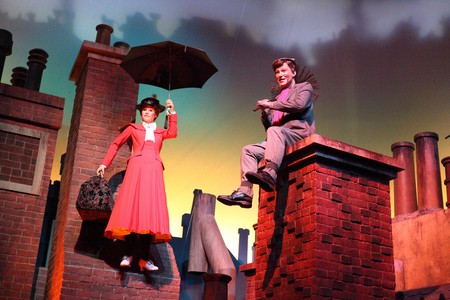 Mary Poppins — the story of the adored magical nanny — went from novel to movie to Broadway musical, and now Mary Poppins The Broadway Musical is being performed in Houston for the whole family to enjoy. Theatre Under the Stars presents the story of a nanny who floats into the lives of a troubled family when they need her the most. She teaches them to appreciate what they have and who they have in their lives. A pre-show VIP experience is offered including ‘high tea and pudding’ and a photo-op with Mary Poppins. Theatre Under The Stars is known for hosting touring shows, their locally produced plays, and their summer performances in Hermann Park.