Everything You Need to Know about the State Fair of Texas 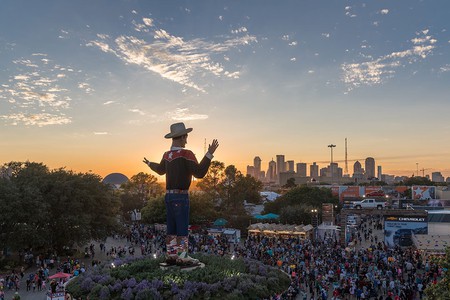 Admit it—when the fair comes to town, you can’t help but get excited. One glimpse of a Ferris wheel and you’re transported to your youth. There’s one state fair in the U.S. that overshadows them all: the State Fair of Texas, located in Dallas. It’s effectively the biggest state fair, welcoming more people in attendance each year than any other fair, and that makes it a must-visit for anyone who loves fried food, rides, games, and concerts. Before you book your trip to Dallas to attend the State Fair of Texas, here’s everything you’ll need to know.

It only comes once a year.

The State Fair of Texas only comes once a year, from September to October. In 2018, it will open at 10 a.m. on September 28 and ends on October 21. Opening Day at the fair is a big to-do, with a ribbon cutting ceremony, performance by the United States Marine Drum and Bugle Corps, and an award ceremony.

Fairs might not be a big deal in your state, but in Texas, the State Fair of Texas is like a holiday. This month-long celebration begins when summer ends and ushers in the fall and winter holiday season in Texas. There were 2.25 million visitors in 2017, making it the second highest attendance in the State Fair of Texas’ 132-year history. It’s so popular that it has long welcomed the most esteemed celebrities, stars, and notable figures of the last century, like John Philip Sousa, William Jennings Bryan, Carrie A. Nation, Booker T. Washington, President Woodrow Wilson, and President William Howard Taft.

You can’t visit the State Fair of Texas without taking a photo with Big Tex, the resident greeter. Standing at 55-feet (16-meters) tall, Big Tex is the tallest cowboy in the world and has been a staple of the fair since 1952. He’s even a movie star, appearing in the 1962 film, State Fair. 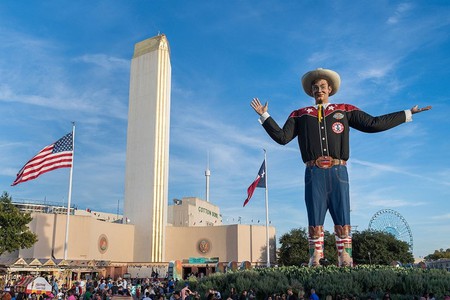 Fair food is the best food.

Fair food is the best food, right? In Texas, it’s even better—we’re not exaggerating. The State Fair of Texas is world-renowned for coming up with some of the most innovative foods. For one, corn dogs may have been invented at the State Fair of Texas, or at least that’s what local favorite Fletcher’s Corny Dog claims.

The fair’s Midway section is home to amazing carnival games and 70 rides. The most iconic of the 70 rides are the 212-foot (65-meter) Ferris wheel that lights up at night, the 500-foot (152-meter) Top o’ Texas Tower, and the 1914 Dentzel Carousel. To ride the rides, you’ll need to buy 12-15 coupons per ride which cost about $0.50 each. This is one of the most popular areas at the fair, so expect some lines. 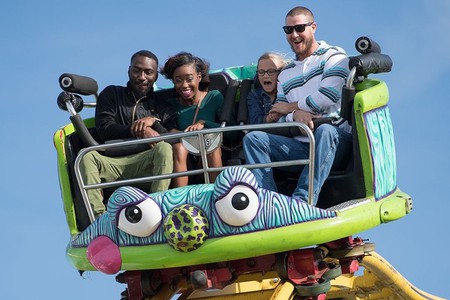 You’ll want to visit on a concert night.

Tickets to the fair cost $18 for adults and $14 for kids, but that just gets you entrance into the fair, and doesn’t consider the cost of rides, games, or food. So when the fair offers free things to do, you’ll want to take advantage of them. Free aspects of the fair include certain exhibits, perusing vendor booths, and best of all—the concerts. There are 24 free concerts presented at the fair each year, with musicians from all different genres. In 2018, the fair will feature acts like Bidi Bidi Banda, The Molly Ringwalds, and Ludacris.

Attractions range from odd to unique to truly Texas.

There are a wide range of things to do at the State Fair of Texas and some of them can seem a bit odd to out-of-towners. The fair has always had a close connection to agriculture and many of the exhibitions reflect this. In addition to a petting zoo, there’s also milking demonstrations and prized livestock shows. The Creative Arts building has everything from cooking demonstrations to butter sculptures. There are also 18 shopping areas, and a few museums like the African American Museum, that visitors can check out while at the fair. 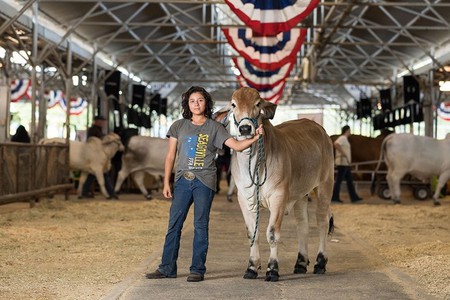 Ditch the car, take the DART.

Parking at the State Fair of Texas is maddening, costly, and often involves long walks from your car to the entrance. Instead of driving to the fair, use DART, Dallas’ rail line, instead. Not only does it have a stop right in front of the entrance, but you can save $2 on fair tickets any day of the week when purchasing through the DART GoPass app.

You won’t be able to do everything.

The State Fair of Texas is in Fair Park which is a whopping 277 acres. What are the chances that you’ll be able to try every ride, every fried delicacy, or see every amazing vendor booth? Pretty low… but don’t worry. Like Christmas, the month-long State Fair of Texas comes every year, offering a chance to have a new experience with each and every visit.