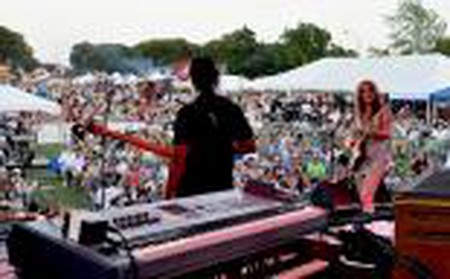 August is an eventful month for both those living in or simply visiting Dallas and Fort Worth, Texas. The city’s cultural calendar has something for every taste: cutting-edge contemporary art shows, unique music festivals celebrating death metal and country rock, acclaimed theatre pieces and a memorable barbecue bash. Whether you’re a gourmet, a party-goer or an art lover, here are the ten best cultural events to watch out for this month in Dallas.

This summer, contemporary artist Bettina Pousttchi will transform one of the galleries in Dallas’ Nasher Sculpture Center into an urban streetscape, and display pieces from the museum’s collection as well as some of her own works ‘on the street’. Pousttchi’s idea for this show came about drawing from the Nasher Sculpture Center’s past: the centre’s venue was built on an area in Dallas once known as the ‘Automobile Row’, which used to host many gas stations and parking lots. For Pousttchi, an internationally acclaimed artist of German-Iranian origins, this is her first exhibition in an American museum.

A former art teacher, Nancy Whitenack, the mastermind behind Conduit Gallery, opened her exhibiting space in 1984. With no previous experience in running a gallery, Whitenack had to learn everything about the business on the job – judging from the gallery’s success, she did her homework quite well. This year, to celebrate the space’s 30th anniversary, a two-part show called Longitude / Latitude has been organised. The exhibition offers an overview of the many excellent contemporary artists the gallery has showcased during all these years. Past works are on display alongside more recent works by the same artist to demonstrate by comparison how his or her career developed over time.

Going to the circus is always an experience, but the UniverSoul Circus hits new levels of amazing. The show is so diverse and spectacular that not for one second does the audience get a chance of getting bored. The Zhenjiang acrobatic troupe puts up a mesmerizing act of colourful and poetic acrobatics. Then, it’s cuteness time as soon as the Olate Dogs take centre stage and perform in numbers like jumping the rope or doing the conga. The incredible rhythms and dazzling costumes of the Caribbean Callaloo dance group will make you feel an irresistible urge to get up and move your body, while jaws will be dropped as the bike riders in the Globe of Death ensemble rumble inside a giant, spherical cage. And these are not even all the acts that are part of a UniverSoul Circus night… 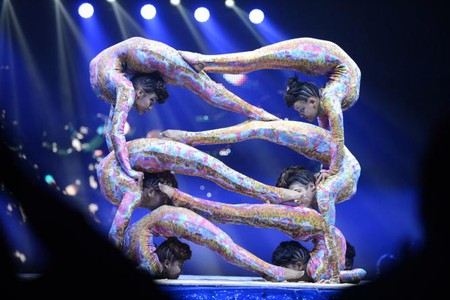 Theatre | The Phantom of the Opera

The Phantom of the Opera is without a doubt one of the most successful ever dramas by worldwide acclaimed playwright Andrew Lloyd Webber. In 2013, the show got a brand-new, spectacular production make-over by Cameron Mackintosh, himself a prominent figure in theatre world. The show’s new run has first toured the UK with great success, receiving rave reviews by theatre critics. Then, it moved on to tour across North America, and will make a stop at the AT&T Performing Arts Center in Dallas this August. Aside from Lloyd Weber and Mackintosh, other top professionals are involved in the new production, including Tony Award winners Maria Bjornson for the costumes, and Paule Constable for the lighting design. The show is directed by Laurence Connor.

The most astonishing thing about international artist Julian Schnabel is not so much how many disciplines has he crossed over his 25 year career, but how good he has proved to be in every one of them. A painter, a sculptor, a writer and a filmmaker, he gained unanimous critical acclaim in the early 1980s for his ‘plate paintings’, a series of paintings on broken plates. His 2007 film The Diving Bell and the Butterfly, the story of a paralyzed man who can only communicate blinking his eyes, garnered him an Academy Award nomination as Best Director. A new show now open in Dallas Contemporary, a cutting-edge gallery of contemporary art in Dallas, presents 13 new paintings characterised by multiple layers of materials and subject matter.

Rockin’ the River is a series of weekly concerts held in downtown Fort Worth throughout the summer, but make no mistake: these concerts are not your usual cup of tea. The performers play on a stage mounted right on the Trinity River’s shore, and the funniest of it all is you can enjoy the show while lying on a comfy tube right from the waters, maybe taking a dive from time to time to beat the sweltering heat that Texas’s summer can bring along. The tubes are provided by the organisation, or you can bring your own tube, raft, kayak and any other floating vehicle, provided that it does not have a motor. This August holds the last show of this year’s event, a concert by up-and-coming country singer Brandon Rhyder, followed by the After Party Band which will see Mike and the Moonpies play until the fireworks begin.

It’s hard to think of a more tragic event that a woman can suffer than being raped.Broken, a new musical which debuted a few weeks ago at the Gilley’s Dallas venue, tries to make sense of the great emotional impact that such a shameful aggression can have on the victim. The drama is an original story by Monica Martino, with music by Aaron Fryklund. The cast is formed by local, talented actors, singers and dancers, including up-and-coming performer Molly Pope, who plays the role of Mona, the protagonist. The young victim of a rape, Mona will do its best to cope with the assault she underwent, demonstrating how the human spirit can be strong enough to overcome the worst of experiences.

Metal lovers in Dallas, get ready. The Rockstar Mayhem Festival, a major music festival that every summer tours numerous cities across the United States, will stop once again in Dallas this August. Get blown away by the pounding beats of Korn, Cannibal Corpse, Body Count, Suicide Silence, Asking Alexandria and a wealth of other heavy, death and rap metal bands that will set the stage on fire. Stages, to be precise: indeed, for the first time this year the metal religion will spread over four different, awesome stages. New to this latest edition are also two exhibitions of Freestyle Motocross and Motorsports, which will undoubtedly prove to be yet another source of never-ending thrills.

As one of Texas’s major cities, Dallas is a great place to enjoy some excellent barbecued meats, a top highlight of Southern US cooking. In particular, the Bedford Blues & BBQ Festival, held every year during Labor Day Weekend, is the perfect occasion to taste some succulent roasted meats in the company of another 20,000 people. The ingredient that makes this event special is the combination of barbecue with blues and rock music: some 20 different musical acts will alternate on two stages to entertain the audience of foodies in Bedford, a metroplex midway between Dallas and Fort Worth. However, don’t let the music distract you from the epic Battle of the BBQ, which will establish the best professional BBQ vendors among those participating.

French art from the second half of the 19th century is the protagonist of Mind’s Eye, a new exhibition now open at the Dallas Museum of Art. The show will present to the public a selection of over 100 works on paper, culled from both the museum’s holdings and privately held collections, by celebrated painters such as Edgar Degas, Paul Cézanne, Vincent Van Gogh, Edouard Manet and Eugène Delacroix. A rare group of preparatory sketches will be on display alongside a number of beautiful masterpieces – the drawings provide surprising insight into the painters’ creative process, but also stand as exquisite, finished works of art on their own.