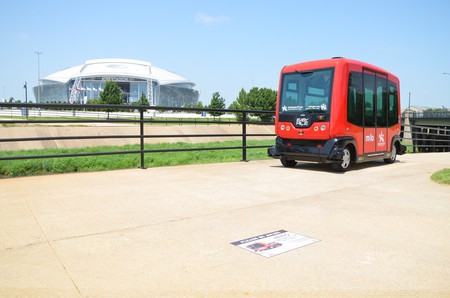 Beginning with a preseason game on Aug. 26, Dallas Cowboys fans can utilize a free autonomous shuttle around AT&T Stadium in Arlington, Texas.

Each shuttle, which can hold up to 12 passengers, is programmed to run along select off-street trails in Richard Greene Linear Park and Robert Cluck Linear Park between AT&T Stadium (home to the Dallas Cowboys) and Globe Life Park in Arlington (home to the Texas Rangers) picking up and dropping off passengers at designated stops.

“The timing of this Milo technology could not be better,” Rob Matwick, executive vice president of business operations for the Texas Rangers, said in a press release. “To be able to give our fans the opportunity to experience this innovative technology and give them the convenience to deliver them close to the ballpark or AT&T Stadium is outstanding. We are all about customer service and making memories here at the ballpark.”

Milo shuttles will run approximately one hour before and one hour after major events at both venues. A one-way trip takes approximately 13 minutes on the shuttle, which is also wheelchair accessible. While the shuttles are autonomous, there will always be a certified operator onboard serving as a customer service ambassador. The vehicles are also fitted with numerous safety features that help them avoid pedestrians, cars or cyclists should they enter their path. 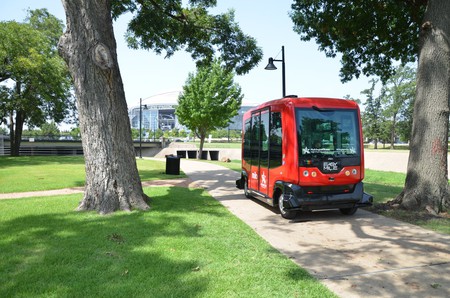 The City of Arlington is leasing two of these electric, self-driving shuttles from EasyMile, a French company, as part of a one-year pilot program to explore autonomous transportation in a real-world setting.

Self-driving cars, buses, shuttles and even boats have been tested all around the globe in places including London, South Korea, Paris, Las Vegas and Germany.