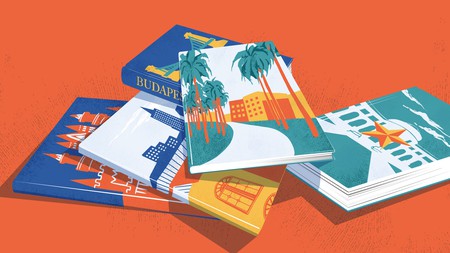 If perusing second-hand bookshops, catching an international book festival or visiting historic literary haunts is your idea of the perfect trip, then these locations should be on your list. From innovative street libraries in Indonesia to a festival of puns in Austin, Texas, Culture Trip’s books editors, Matthew Janney and Parrish Turner, bring you the top five literary destinations for book lovers in 2019.

In the literary world, 2018 was a frenzied year. The political turmoil of recent years was captured in the pages of Michael Wolff’s scathing White House exposé and the thought-provoking Brexit literature published by writers throughout Europe. Then there was the unprecedented cancellation of the Nobel Prize in Literature, which came as the result of a sexual harassment scandal at the Swedish Academy.

There was also triumph. Korean literature was anointed as the new Scandi noir; the Norwegian writer Karl Ove Knausgård completed his six-work cycle My Struggle; and UK-based publisher And Other Stories produced solely female writers for the entire year in an effort to address literature’s gender bias.

The next 12 months will no doubt see an equally intriguing exploration of politics and culture through literature, with exciting developments happening across the world. These five destinations (spanning four continents) are sure to form part of the global literary conversation in 2019.

The Nyugat generation were a group of novelists and poets who thrived in early-20th-century Budapest, affiliated with the influential philosophical journal Nyugat. Although they were read and revered throughout Eastern Europe, little was known of Sándor Márai, Mihály Babits and Dezső Kosztolányi outside the region at that time. Today, Budapest’s rich literary culture continues to grow from the foundations these writers laid. The Hadik Café, a legendary writers’ hangout founded in 1911, continues to serve traditional Hungarian food in a charmingly historic setting. More recently, the Massolit Books and Café (taking its name from Bulgakov’s Master and Margarita) has become the town’s contemporary literary hub, hosting book events and talks and selling a wide range of second-hand books. For those looking to plan a trip, consider visiting in late April when spring is in full bloom and the Budapest International Book Fair brings a bookish buzz to the Hungarian capital.

Take in poetry and puns in Austin, United States

In 1995, First Lady of Texas Laura Bush founded the Texas Book Festival, which has since grown into a celebration of literature that attracts writers from around the globe. Feeding off this momentum, a number of specialised literary festivals have since emerged in Austin, including the Austin International Poetry Festival (the world’s largest non-juried poetry festival), the Texas Teen Author Festival, the African American Book Festival and the O Henry Pun-Off World Championships. Austin also enjoys a number of great independent bookstores, including feminist bookstore BookWoman and Resistencia Bookstore, which was opened by the late Chicano poet and community activist Raúl Salinas in the 1980s. Looking for a spot to enjoy a coffee with your book? Check out Bennu Coffee, a literature-themed café that is open 24/7 and serves mochas with names such as ‘The Scarlet Letter’, ‘Don Quixote’ and ‘The Great Gatsby’.

Indonesia will be the Market Focus at 2019’s London Book Fair, so get ahead of the curve before everyone is discussing this country’s budding literary scene. Indonesia has one of the most innovative and creative literary communities in the world, typified by Pustaka Bergerak, a moving-library network that reaches hundreds of communities around the country. Check out Jakarta’s growing network of independent bookshops, including Aksara and book studio Seumpama. Once you have exhausted these, be sure to visit the street libraries in Bandung, a city within day-trip distance of Indonesia’s capital.

Lagos’s literary community is growing and thriving, with the Association of Nigerian Authors (ANA) holding monthly readings and social gatherings in the city to create a strong network of writers in country’s capital and further afield. This location also makes this list because of the number of great Nigerian writers breaking out into the global literary scene, including Chibundu Onuzo, Chinelo Okparanta, Akwaeke Emezi and the critically acclaimed author of We Should All Be Feminists, Chimamanda Ngozi Adichie, one of the most influential voices on gender and identity around the world.

Read in the sunshine in Los Angeles, United States

The Last Bookstore in Los Angeles is the perfect location for your Instagram-ready bookish selfies thanks to its eye-catching layout and charming community feel. LA is known for its year-round hot weather, and the Santa Monica Public Library takes full advantage of this with outdoor seating where visitors can bask in the sun with a book. The LA Times Festival of Books brings authors from across the country to the University of Southern California campus each April, but if you can’t schedule your trip around this event, check out Writers Bloc to see if the group is hosting a reading when you come to town.

Interested in planning your own dream trip to a city this year? Start your journey by saving your favourite articles and inspiration in a Culture Trip Wishlist. It’s the easiest way to keep all your research in one place while you discover what is special and unique about each place.