Beyond the Third Ward: Inside Beyoncé's Houston 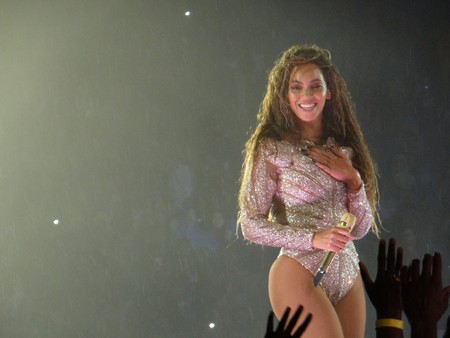 Did you know Beyoncé is a Houstonian? | © Kristopher Harris / Flickr

Beyoncé and Jay-Z recently named a second show in Houston for their On The Run II Tour. Of course, this was partly due to high demand, but it makes you wonder if Bey wanted to spend some more time in her hometown. Beyoncé Giselle Knowles was born in 1981 and raised in Houston, Texas, a fact that’s hard to miss if you’re a true fan. Her lyrics, attitude, and altruistic efforts connect arguably the most popular artist in the world to Houston. You may know Beyoncé as a Houstonian by references like her “Miss Third Ward” sash in “Pretty Hurts,” but Bey’s connection to this city goes beyond a few references. Here is how Beyoncé is truly H-Town vicious.

Close relationship with her mother, Tina

Tina Knowles is the Queen Mother of the Beyhive. Beyoncé’s Insta-famous mom was a hairdresser who owned her own salon. In the documentary, Life Is But a Dream, Beyoncé talks about how her mom essentially acted as a therapist while working at the salon. Originally from Galveston, Texas, Tina has roots in Louisiana, a clear theme in Beyonce’s music.

When exploring Beyoncé’s career, you can often find her mother shining through, whether it was her support during a bout of depression or telling Beyoncé to take a break in 2010 “to live life, to be inspired by things again.” Not long after that, the self-titled album Beyoncé came out and revealed an intimate look at her feminist beliefs.

I am super proud of my beautiful mother for creating such an awesome event. Close to $1 million was raised for The WACO Theater Center to benefit young people through their mentorship programs and the arts. Mom, you inspire us all to be generous, selfless, positive, to have empathy, to love and to praise creativity in the world. It brought tears to my eyes to be a witness to what you and Richard have created together. WACO is a safe place truly Where Art Can Occur. I love you.

Beyoncé’s father is African American, and her mother is of Louisiana Creole (African, Native American, and French) descent. She describes how her background shapes her in the song, “Formation”:

The album Lemonade was filmed all over Louisiana. You can even track the locations on this map. Beyoncé’s identity as a black and Creole woman influences not only her music, but also herself. Throughout her career, Beyoncé has been a source of inspiration for many women of color, continually breaking records for African Americans in the music industry.

University of Texas professor Omise’eke Natasha Tinsley’s book, Beyoncé in Formation: Remixing Black Feminism, explores the idea of Beyoncé as a black feminist icon: “The night Beyoncé stood up in front of a brightly lit sign that declared her a FEMINIST at the 2014 VMAs was transformational…for millions of black women,” Tinsley writes. “Holding out feminism as something accessible for black women—a tool that can serve us, a light that can spark fires—is a beginning, not an end. Beyoncé has offered this word to a generation of black women and girls to claim, rework, and rethink in ways that work for us.”

#LEMONADE The Visual Album Is available now on iTunes, Amazon and TIDAL.

Music education in school and church

Beyoncé’s music education hops around Houston, from a music magnet elementary school to the High School for the Performing and Visual Arts to singing in her church’s choir at St. John’s United Methodist Church.

When Beyoncé came to help relief efforts after Hurricane Harvey, she went to her home church, telling the crowd, “I sang my first song in this church.” She remains an official member of that church to this day.

Thanks to everyone who donated to BeyGOOD and contributed to helping so many families in Houston. Thank you Pastor Rudy, Michelle, Ingrid and all at St. John's Church. Thank you to Trae Tha Truth and your crew. Y'all are so consistently dedicated to our community. Thank you!! There is still work to do so please continue to donate and do all you can to restore our city.

The origin of Destiny’s Child

The name “Destiny’s Child” is based on a passage of Isiah, and was actually a suggestion from Tina Knowles. The three singers came together at a young age in Houston to create this world-renowned group. Beyoncé’s father was their first manager until 2011. Beyoncé’s younger sister, Solange, now a successful artist in her own right, got her start as a backup dancer for Destiny’s Child.

While performing with Destiny’s Child in the late 1990s, Beyoncé came out with her first solo album in 2003. Fun fact: A girl in the music video for “Hold Up” is wearing a shirt that’s the cover of Dangerously in Love.

Beyoncé has always been a vocal supporter of gay marriage, Goodwill, food donations, transgender rights, gun control, and anti-police brutality. The mothers of Trayvon Martin, Eric Garner, and Michael Brown even appear in a powerful moment of “Formation.”

During Hurricane Harvey, Michelle Williams, a former member of Destiny’s Child, said, “Houston is going to be a great example to the rest of the world on how we should treat each other.” “Houston is my home,” Beyoncé added.

Beyoncé’s brand name is inspired by a park where she used to run in Texas, and of course, her daughter’s name, Blue Ivy. In a video promoting the line, she says, “Before I hit the stage I go back to that park,” and later, “The park became a state of mind.” The video shows Parkwood Park, at the corner of Rio and Parkwood, to illustrate how Beyoncé grew up running with her dad. The promotional video speaks to Beyoncé’s childhood in Houston and how she went back there before the birth of her child to connect with her city and herself.

“Drunk in Love”: “Talking ‘bout you be repping that Third”

“No Angel”: “Will you ride around with that H-town”; music video shows the annual Houston Slab Car Culture Parade, and features famous Houston rappers, the Third Ward, along with the Houston Skyline

“Rocket”: Houston’s connection to NASA, as well as to the Houston Rockets

“Flawless”: “Your challengers are a young group from Houston”

BeyGOOD and aid to hurricane victims

After Hurricane Harvey hit, Beyoncé released a statement to her local newspaper, the Houston Chronicle: “My heart goes out to my hometown, Houston, and I remain in constant prayer for those affected and for the rescuers who have been so brave and determined to do so much to help. I am working closely with my team at BeyGOOD as well as my pastor [Rudy Rasmus at St. John’s in downtown Houston] to implement a plan to help as many as we can.”

Her charitable organization, BeyGOOD, teamed up with local organizations to collect donations after Hurricane Harvey. She also made an unnamed donation to those affected by Harvey.

Her love of Frenchy’s Chicken, y’all

During her visit to help Harvey victims, Beyoncé visited Frenchy’s Chicken, proving herself to be a true Houstonian. Not that she ever needed to.

After serving meals all day it's our turn so we went to our favorite eating spot in Houston Frenchy's Chicken on Scott St. of course we were so hungry our eyes were bigger than our stomachs ! We got fried chicken and red beans and rice they have the best french fries in the world , greens , cornbread and of course Ms Sally's-famous lemon pound cake. I was so full I couldn't do anything but go to sleep it's called gluttony people don't do it😂over eat I mean. But do yourself a favor and go by Frenchy's and pick up some of that good creole cooking❤️ Back in LA and dreaming about it!!!