Best Free Things to Do in Dallas 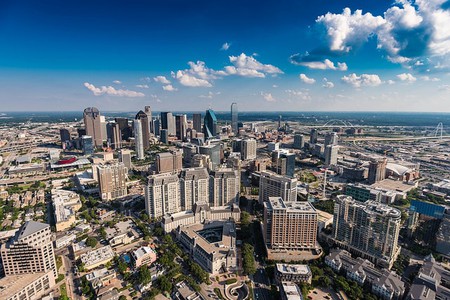 You pay enough for gas, rent or a mortgage, and groceries every month—you deserve some free entertainment every now and then. Dallas offers multiple opportunities to have free fun. If you’re looking to take your partner on a date or the kids out for some family fun, we have your guide to the best free things to do in the Dallas-Fort Worth area.

Movie nights at home are fun, but it never hurts to get out and enjoy a film under the stars. There are plenty of free movie nights held around the city at various times of the year. Klyde Warren Park often screens films, as does the Granada Theater. The Adolphus Hotel sometimes shows movies for free on their rooftop pool deck. The Downtown Dallas Movie Series plays films in various places in the Arts District, which doesn’t include the free films played during the Nasher Sculpture Museum’s ’til Midnight series. There are also free film nights in surrounding areas like at Sundance Square in Fort Worth and Levitt Pavilion in Arlington. 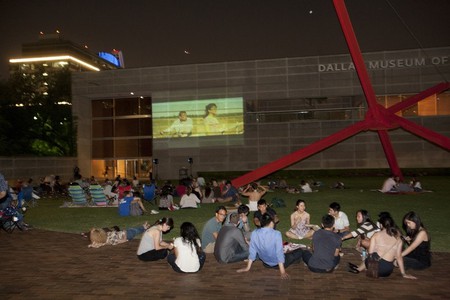 Dallas is home to the largest contiguous Arts District in the U.S. and it happens to be in Downtown Dallas. While much of the Arts District includes museums or music halls, there is quite a bit of outdoor art and interesting architecture in Downtown Dallas to admire on a do-it-yourself walking tour. Some highlights include the Ave sculpture by Mark Di Suvero in front of the Dallas Museum of Art, The Eye in front of The Joule, the Pegasus in front of Booker T. Washington High School for the Performing and Visual Arts, and the Pegasus in front of the Omni Hotel. Enjoy the architecture of the Perot Museum, Cathedral Santuario de Guadalupe, and the Thanks-Giving Square chapel. Play in the reflective pool at the Winspear Opera House or take photos of the statuesque figures scaling the walls of KPMG Plaza. There are plenty of artsy treasures in Downtown Dallas and they’re all free to find and enjoy.

Dallas is home to a wide range of museums and many of them are free! The Dallas Museum of Art has an enormous collection of art that spans over multiple centuries and it’s free to explore. See collections of free Asian art at the Crow Collection of Asian Art and at The Samurai Collection, both in Downtown Dallas. The African American Museum showcases African American art and history, while the Museum of Geometric and MADI Art features funky art. Both can be visited at no cost. In Fort Worth, the Amon Carter Museum and the Kimbell Art Museum have free admission, as does Plano’s Interurban Railway Museum. Some museums, like the Modern Art Museum in Fort Worth, the Meadows Museum, and the Nasher Sculpture Museum offer free entry on certain nights.

Explore a park or two

The Dallas park system is surprisingly extensive for a city that lacks a reputation for having a green scene. Klyde Warren Park is a park on a highway and has a ton of free activities on a daily basis. White Rock Lake offers great biking and hiking trails with lake views, while Oak Cliff Nature Preserve and Harry S. Moss Park provide mountain biking trails. Roller skate or ride a scooter down the Katy Trail or spend a few hours reading or playing with the dog at the Trammell Crow Park in the Dallas Floodway of the Trinity River Corridor. And did we mention, it’s all free? 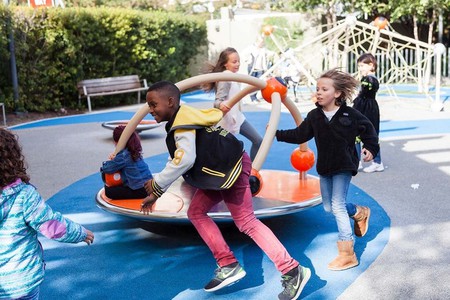 It doesn’t cost a thing to window shop and Dallas has plenty of shopping areas to explore. Head southwest of Downtown Dallas to Bishop Arts, a charming district with a line of boutiques that sell handmade, stylish, or unique goods. For an upscale outdoor shopping adventure, explore West Village or The Shops at Highland Village. To escape the heat, head indoors to NorthPark Center which is home to a wide selection of mid-range to luxury stores and a stunning collection of sculptures, paintings, and exhibits throughout.

Have a blast at a festival or event

Festivals in Dallas are sometimes free and there are plenty to choose from throughout the year. Some favorites include the Deep Ellum Arts Festival, a multi-day festival focused on Dallas’ arts scene, and the Dallas Pride Parade which celebrates acceptance and equality in North Texas. 214Selena in Oak Cliff commemorates the life of Selena Quintanilla-Perez, who was murdered, with music and art, without any cost to visitors. St. Patty’s on Lower Greenville includes a free, rowdy parade every year. These are just a spattering of free events and festivals in Dallas, but a quick search on Facebook and multiple websites show that there are free events happening every weekend—you just have to look. 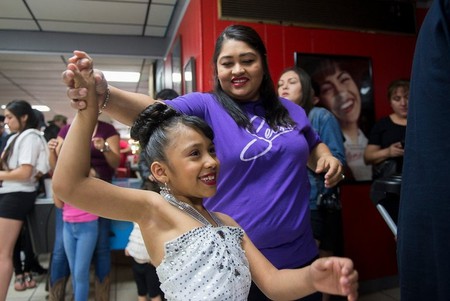 Who doesn’t love to listen to free music? There are tons of free musical performances throughout the DFW every day of the week. Klyde Warren Park hosts free concerts, while the bars of Deep Ellum feature bands almost daily and many don’t charge a cover fee to enter. Rockin’ The River hosts free concerts at the Panther Island Pavilion throughout the summer, and live performances can be enjoyed at Legacy Food Hall in Plano most weekends. The Sounds of Lewisville and Levitt Pavilion in Arlington both host their own free concert series, as does Twilight Tunes at the Denton Courthouse.

See where JFK was shot

While there is a fee to explore The Sixth Floor Museum, viewing where President John F. Kennedy was shot doesn’t cost a thing. Travelers will find an X in the middle of Elm Street in front of Dealey Plaza. To keep up with the free JFK tour, walk around The Grassy Knoll and Dealey Plaza, or take a look at the exterior of the Book Depository and the John F. Kennedy Memorial Plaza nearby. 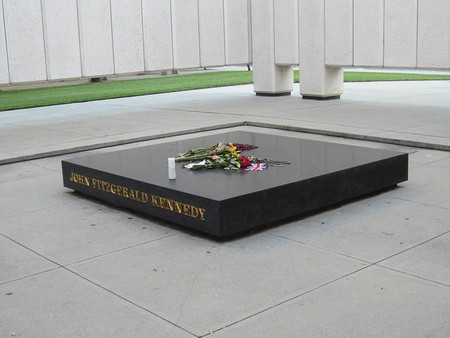 The John F. Kennedy Memorial is one of a few free sites related to JFK in Dallas | © Nelo Hotsuma / Flickr
Give us feedback