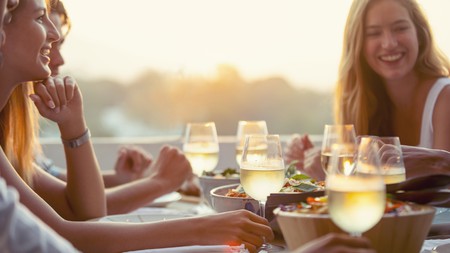 The Dallas dining scene is a place of constant change. The city produces hot new chefs at an almost alarming rate, restaurants seem to open and close at an incredible pace, and new food trends flare and disappear in the blink of an eye. In this article we suggest where to go and what to eat in D-Town.

The melting pot of cultures in the Lone Star State is colliding in a thrilling new fusion everywhere you look. As a culinary capital, Dallas is defined by breathless innovation, vitality and dynamism. Throughout all this, though, one constant remains: Dallas has always been a great place for bringing your own booze to restaurants and it still is. We pick the brightest BYOB restaurants in the city.

First opened in 1956, Norma’s Cafe is a Dallas institution and it’s easy to see why – they treat breakfast with the kind of reverence that befits the most important meal of the day. You can order stacks of pancakes, enormous omelets and epic breakfast tacos, but the real draw is their Big Eaters, a ribeye steak served with three eggs, grits and a cinnamon roll. Expect a warm welcome, old-school cooking from scratch, and comfort food from morning until night.

What to bring: This is a great place to mix yourself a breakfast mimosa so go armed with a couple of cans of 14 Hands Bubbles. 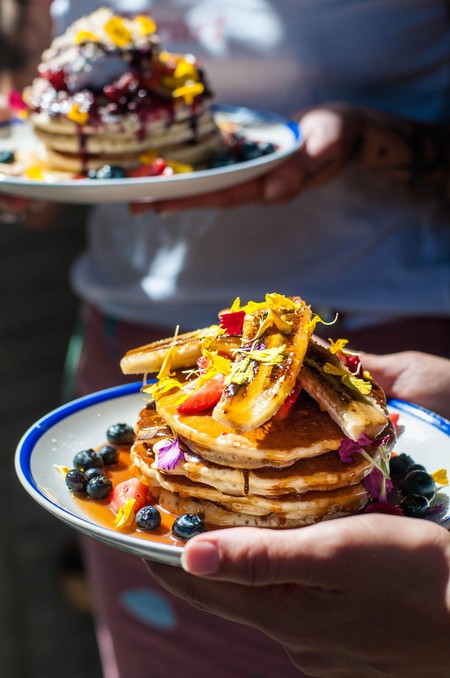 This space is understated and unpretentious, but locals don’t flock to Thai Thai for its interior, they’re there for the plates that come flying out of the kitchen: gorgeously crunchy salad rolls in gossamer-thin rice noodle wrappings, lip-smacking pad thai, and pad see ew with homemade noodles. As well as all the classics of Thai cuisine, the menu includes some successful ventures abroad including Japanese-style gyoza.

What to bring: The spice and heat of the food at Thai Thai demands a cool, crisp bottle of 14 Hands Pinot Grigio.

Petra and the Beast

The brainchild of nose-to-tail butcher Misti Norris, Petra and the Beast is one of those joints that the culinary cognoscenti get justly obsessed with. Charcuterie boards come piled high with house-cured meats – pillow-soft pork loin maybe, or a punchy bresaola – and piles of pickles, while vegetarians are well catered to with thoughtfully put together pasta dishes. On Saturday night, the restaurant offers a six-course tasting menu that showcases the breadth of Norris’s talent. Service is relaxed and the space is a masterclass in how to do homespun charm, featuring thrown-together furniture and walls decorated with Norris’s own artwork.

What to bring: This is a special place that merits a special wine: 14 Hands Reserve Tempranillo. 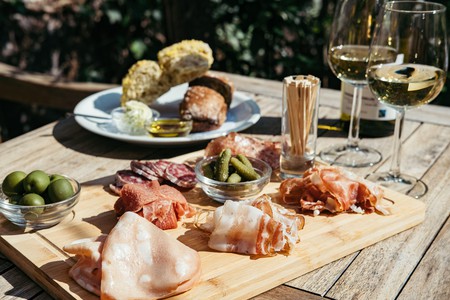 Second-generation Chinese-American June Chow is the brains behind this casual but super-charming restaurant in East Dallas where they serve the best of Beijing soul food. Obviously, the dumplings take center stage – try the rice parcels stuffed with chicken and the black mushroom pan-fried dumplings – but there are also some killer sides on offer, including smashed cucumbers and some seriously delicious sesame noodles.

What to bring: You are going to want something that can stand up to Hello Dumpling’s bold flavors so bring a bottle of 14 Hands Reserve Gewurztraminer.

Brothers Ben and Jon Lee have now opened six branches of their super popular Korean-American food venture in the wider Dallas area. Each serves 100 percent-certified Angus beef burgers, some of them with a Seoul-inspired twist: try their signature sandwich, the K Town, which comes with kimchi, bulgogi glaze and sriracha mayonnaise.

What to bring: Kick back at one of these relaxed burger joints with a bottle of easy-to-drink 14 Hands Merlot. 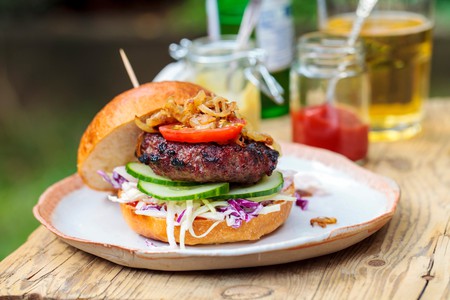 Set up by Tommy Hwang, a sushi chef with 30 years of experience, Poke Bop is a sleek Instagram-friendly addition to the Dallas culinary scene. They serve generous bowls of Hawaii’s favorite dish: chunky cubes of super-fresh fish mixed with a rainbow of brightly colored vegetables – shiny green edamame and pale-pink pickled ginger are a must – on sticky white rice, the whole lot drenched in one of their sweet and spicy poke sauces.

What to bring: Complement the punchy flavors of a poke bowl with a bottle of 14 Hands Chardonnay. 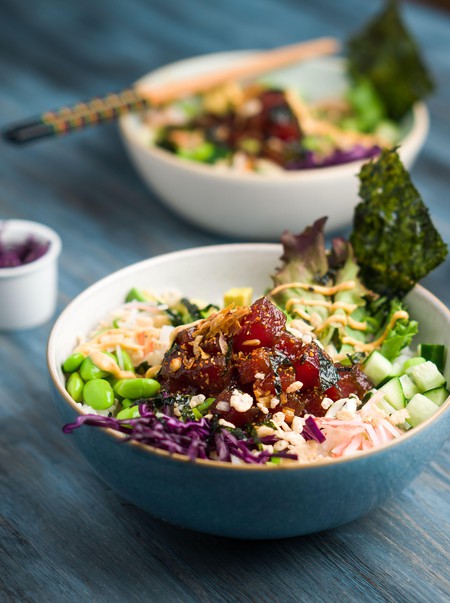